Nobody likes waiting around. Thankfully, one of Series X’s key features is its custom NVMe SSD storage solution, and notably how much faster it is than the physical drives many will be used to using on console. On paper, this promises much less downtime than before, and therefore much more play time. And more play time means more time to unlock achievements. How much more, though? We fired up a bunch of different games (some notorious for their long loads) to see just how much faster Series X allows you to get into the action than Xbox One. 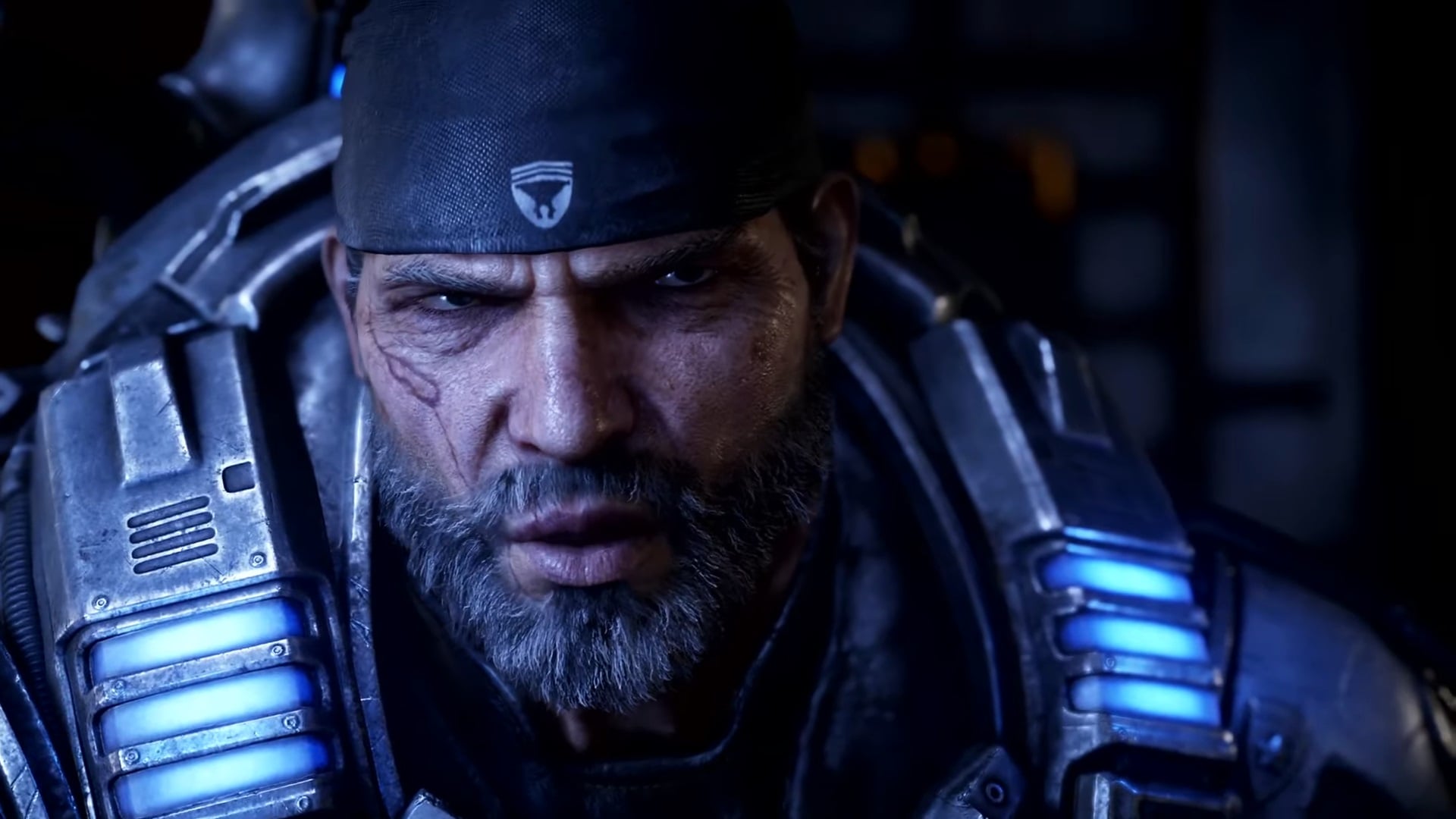 Like any technically demanding game, Gears 5 wasn’t exactly quick to get up and running on Xbox One. Exact timings naturally vary based on the complexity of the specific part of the game being loaded into memory, so we picked a campaign checkpoint towards the end of Act 1 that seemed most representitive of the general experience. On Xbox One X, going from the end of the countdown to gameplay took barely over a minute ( 61 seconds , to be precise), which the Series X hardware manages to slash down to just 10 seconds .

It’s not just those initial loads that benefit, either. Checkpoint reloads upon death go from being a potential drag (especially for those who like to play on tougher difficulties and end up seeing the game over screen a lot) on XB1 to being practically instant on Series X, the new console getting you back into the action for another shot within a second or two tops. Same goes for returning to the game from playing something else or even turning the console back on — thanks to Series X’s Quick Resume feature, you can skip splash and title screens to load straight back into the pause menu and be playing again within around 10 seconds of starting up the game. 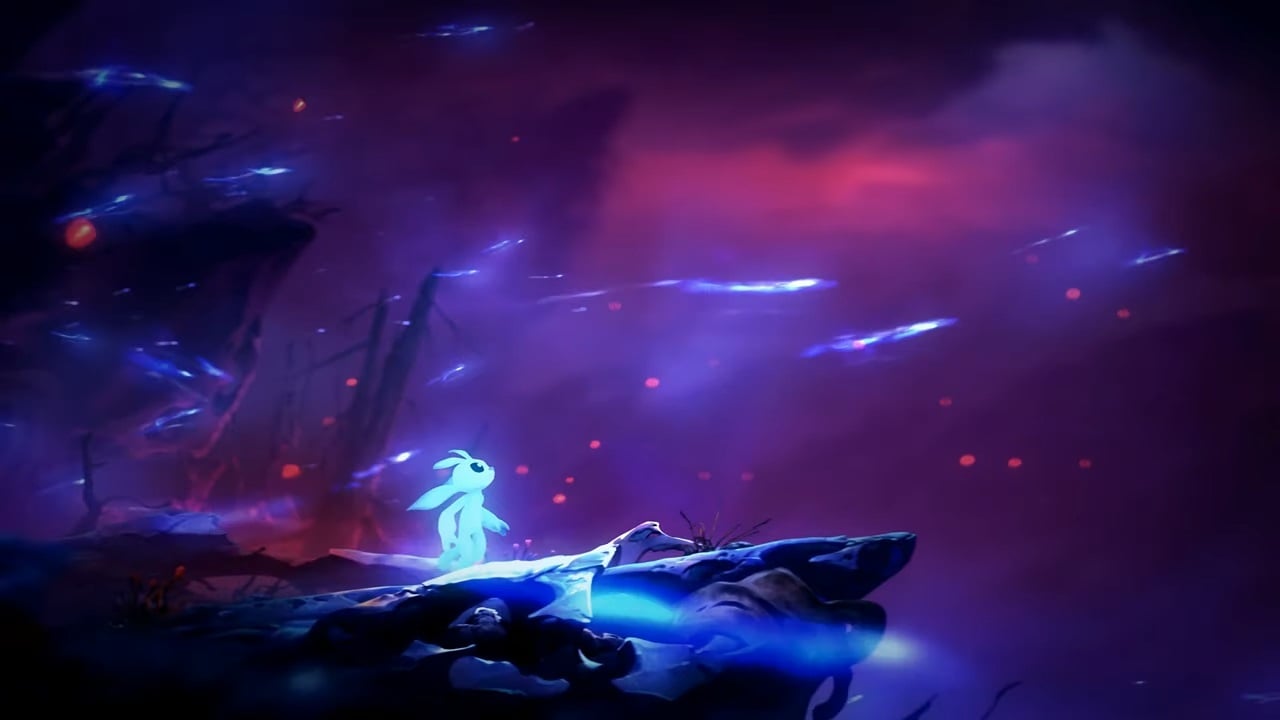 Ori and the Will of the Wisps

Ori is a much less demanding title than any of the others we tested, but we wanted to see how much Series X would shave off load times that were shorter to begin with. Simple games that had minimal loading already such as The Touryst and CrossCode have none at all on the new console, but Ori is somewhat more intricate than those so a brief period of loading is to be expected. Xbox One X loaded up a late-game checkpoint in just 10 seconds , with Series X managing to cut that time in half and let us play within just 5 seconds of selecting a save file. That’s the only loading you’ll see, too — fast travel and respawns happen in the blink of an eye.

Once again, Quick Resume feels like magic, with another set of otherwise unskippable splash screens and menus able to be circumvented in order to leap right back into the game, exactly where you left off. Were those startup screens skippable, Quick Resume wouldn’t actually save a whole lot of time here, but it just goes to show how much quicker you can be playing when this feature exists. 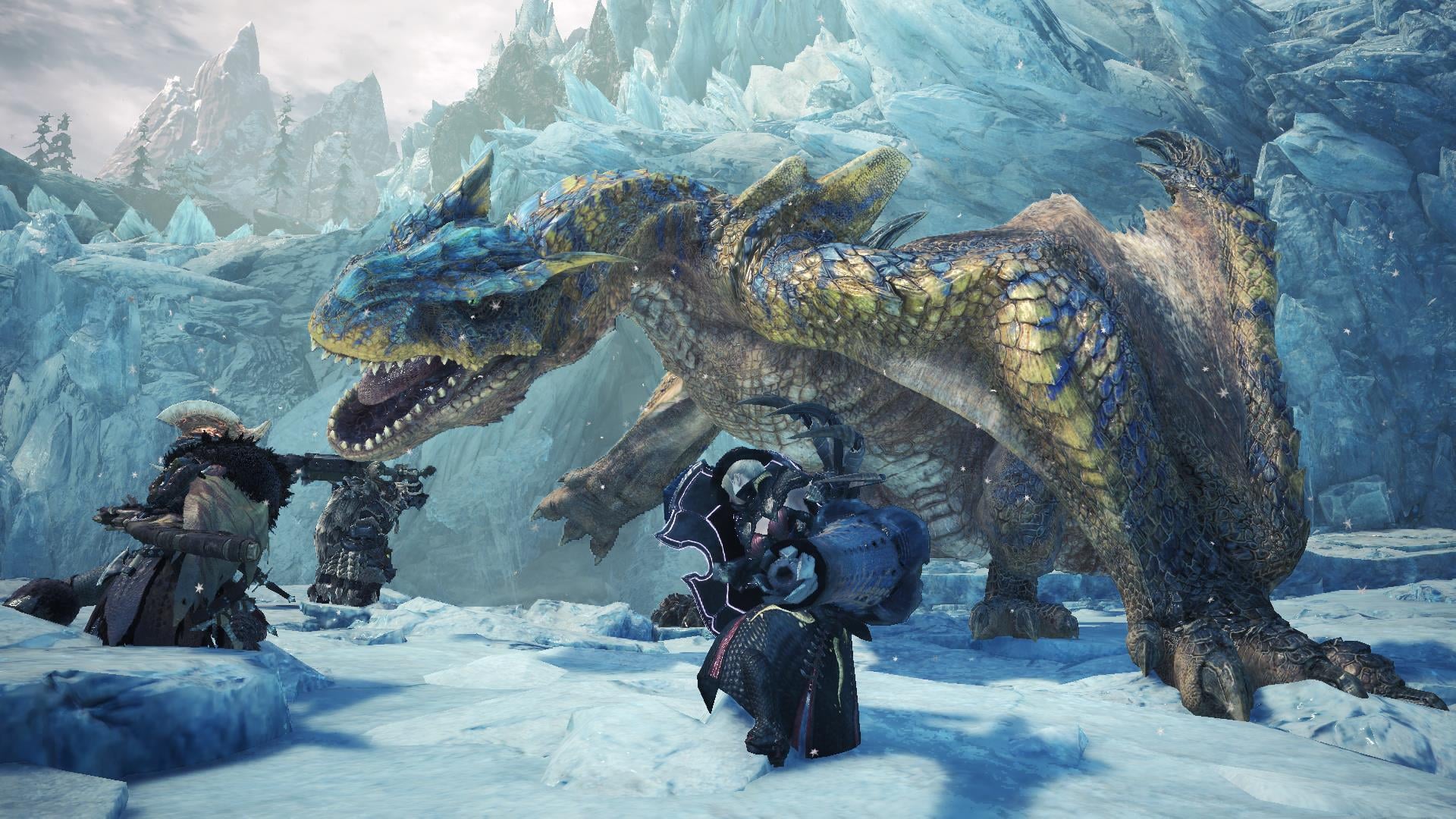 Capcom’s epic really likes to load, making Monster Hunter: World a perfect candidate for this kind of testing. To mitigate any potential matchmaking variance, we made sure to set up private lobbies each time, and used the Ancient Forest — the largest and most complex map in the base game — as our destination. On Xbox One X, the initial load from accepting a quest to being ready to depart takes just shy of a minute ( 53 seconds ), and most hunters have learned to use that downtime to grab a meal and set up their equipment. Series X players won’t need to busy themselves like that, however, with quests loading in just 13 seconds . Missions that take you to smaller maps like the arenas are basically instant on Series X too, with the ready bell ringing before the game has even had a chance to get out of the quest menu.

After that initial load, there’s a second bit of downtime as you load into the new map proper. Series X cleaves this in half, at just 9 seconds compared to 20 seconds on Xbox One X, so don’t get too used to reading tooltips as there simply isn’t time any more. When a quest is over, loading back into the village is also notably faster. While this could take around 20 seconds on One X, Series X manages it in less than 4 seconds . In total, that’s over a minute of loading avoided per mission , and that’s a serious chunk of time over the course of even a single play session in a game like this. 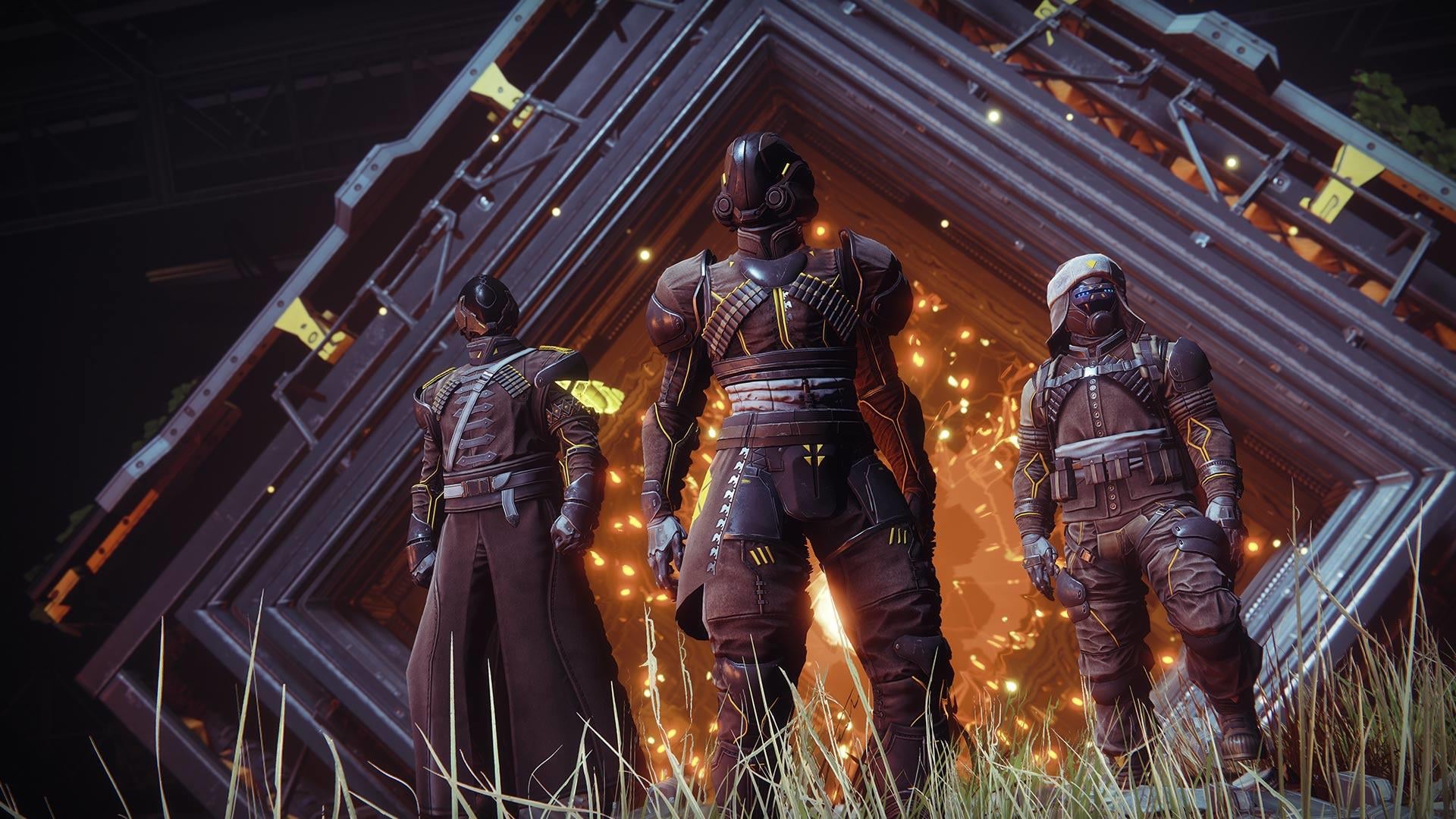 Like Monster Hunter, Destiny 2 is famously fond of letting Guardians show off their ships while each destination loads. Even before that point, there’s a lot of waiting around — so much, in fact, that it’s been enough to put some players off even starting up the game on older consoles. Our Xbox One X tests saw it take anywhere up to a full two minutes ( 105 seconds on average) to get from title screen to character select, then a further 9 seconds to get from there to orbit. There’s a fair bit of online connectivity involved in this meaty initial load, but Series X still manages to take a good chunk out of it, cutting it down to just 27 seconds to hit character select and an additional 4 seconds to reach orbit.

Since almost all activities involve matchmaking that would add severe variance to load times, we decided to do one extra test on one of the few things that doesn’t let others in — a Raid. Loading into Last Wish solo took around a minute ( 55 seconds ) on One X, which was cut almost in half by Series X, down to 34 seconds . There’s still seemingly a degree of background matchmaking going on here, as that’s by far the longest single load we’ve experienced on Series X. Hopefully this and the other times can be trimmed down further still when Destiny 2’s proper next-gen patch arrives in December. 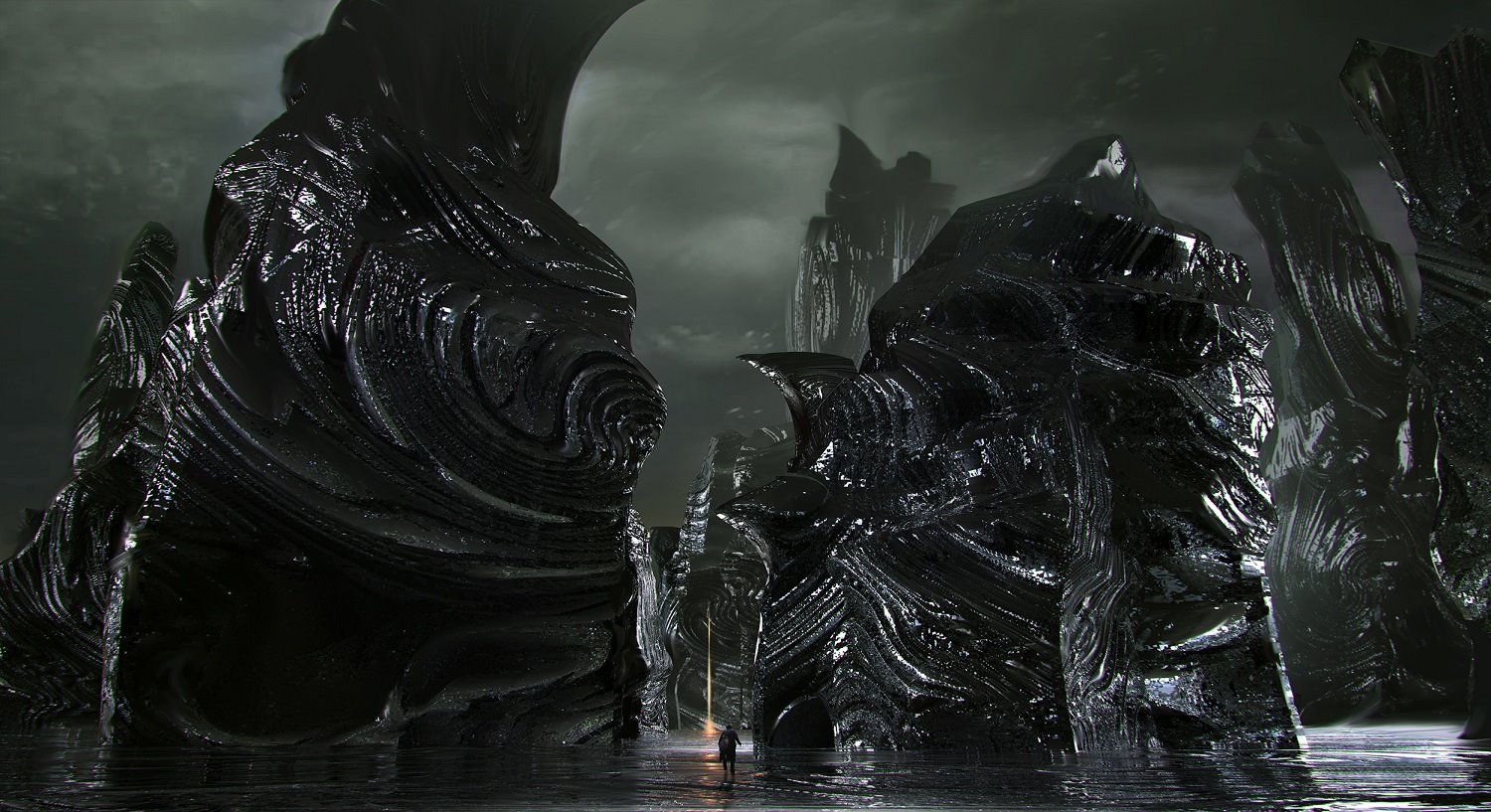 Open world games can be huge offenders when it comes to loading times, even when the best studios in the business are doing all they can to mitigate them. It should be no surprise, then, that a poorly optimised B-tier open world game like The Sinking City would suffer from loads best described as ‘comically long.’ Loading from the title screen into a late-game checkpoint took in excess of two minutes on Xbox One X ( 122 seconds , replete with misleading percentages, which are always fun), and that’d take even longer on an older console. Series X here enjoys the greatest feat of downtime elimination we managed to record with it so far, getting everything set up more than eight times faster than the old hardware in just 15 seconds .

Similar open world games enjoyed similar benefits in our extended and somewhat more relaxed testing, and it seems like these are where there’s most improvement to be found in general. So if there’s a sandbox you’ve been putting off returning to on account of those pesky load times, this generation will be a great opportunity to jump back into those games.

Based on all this, you can expect loading times to be cut in half at very least when playing any existing title on Series X, with significantly greater enhancements in the majority of cases, particularly when games have been specifically retooled to take full advantage of the new storage. Frustrating short loads (like reloading checkpoints after death) are cut to next to nothing, too, which can really take the edge off when you’re banging your head against a particularly difficult encounter in a game like, say, Doom Eternal. Remember that these improvement only relates to having the games on the internal storage or the dedicated expansion card, however — while older games can be run from external storage, you’ll miss out on these reduced loading times, and that could be a big deal depending on what games you like to put a lot of time into.