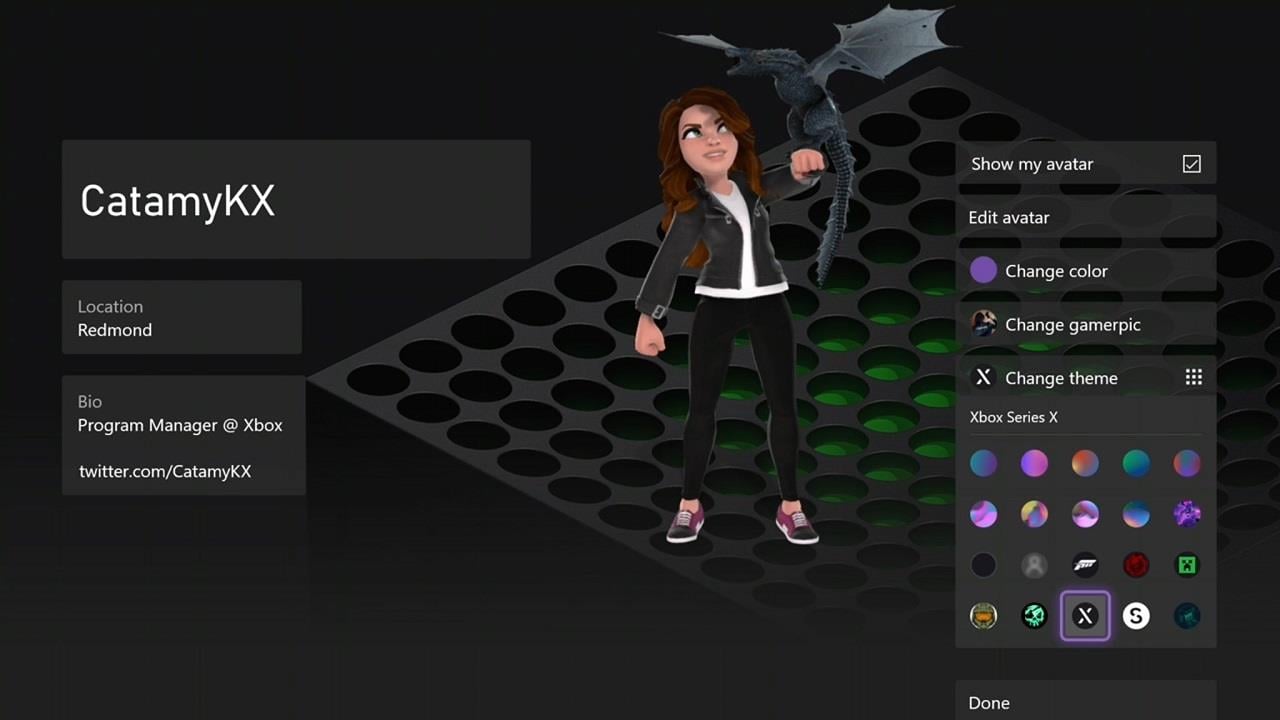 Xbox Profile Themes, which had previously only been available in the Xbox (Beta) app and Game Bar on PC, were first introduced to consoles back in August as part of an Xbox Insider update. This October update makes the Xbox Profile Themes available to everyone, and they are now being shown off across the internet by a number of Microsoft employees. Program manager for R&D Catarina Macedo and program manager Emily Hanson both shared images of the new Xbox Series X|S and Xbox Game Pass themes.

As part of the 2010 update today, not only are Xbox Profile Themes now available to *everyone*, but we have also released 3 new ones!

Show your excitement for the upcoming launch with the Series X, Series S, and Game Pass themes by rocking these on your profile #PowerYourDreams

Microsoft’s Harrison Hoffman added that the October update also includes a “fresh look and feel,” a new sign-in experience, performance improvements, and language support for Czech, Greek, Hungarian, and Slovak. Unfortunately, it doesn’t seem like it will be possible to make your own Xbox Profile Themes, but Macedo comments that more themes will be added over time. The full patch notes for this update don’t seem to be out yet, but we’ll update you when we hear more.