The Xbox app is receiving an update that allows for official game ‘Stories,’ much like the ‘Stories’ and ‘Fleets’ on social media platforms.

@Xbox
Today we're introducing official game stories in the Xbox app — because everyone deserves to see that no scope. https://t.co/DcsnQgRVhV 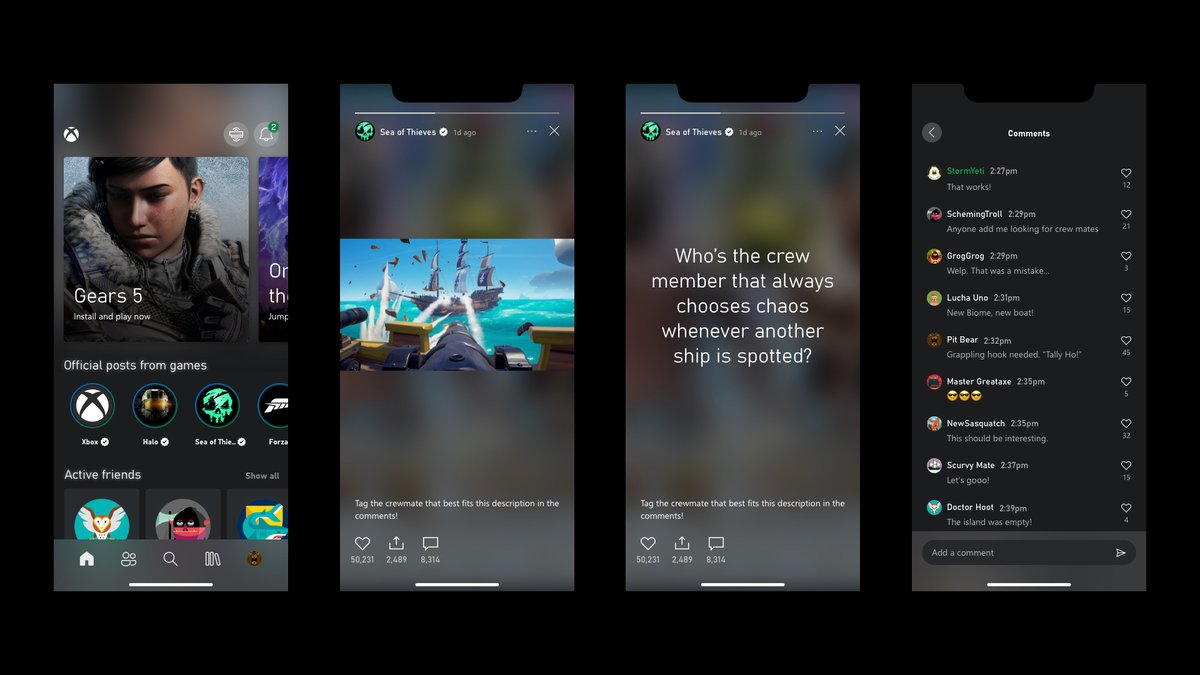 The news comes via the official Xbox Twitter account with some screenshots showing off Stories in action. This update allows official game accounts that you follow to share community moments, highlights, or pretty much anything else they want to share with the community. The feature has been popularised by social media platforms like Twitter and Instagram as a way to share quick-fire content with little effort. Currently it looks like it only applies to the Xbox app on Android and iOS, and nothing has been said about Windows 10 or the console itself.

This is a great step towards getting the official Xbox app to offer a better experience, although we only seem to be getting further away from having the same features across all devices. Hopefully, that’s something we’ll start seeing come together in the near future.