Xbox Live and the Playstation Network have received yet another holiday hacking threat.

For the past week, hacker group Phantom Squad has been issuing threats to knock out both systems’ online services with distributed denial of service (DDoS) attacks. The group said in a tweet they plan to take down Xbox Live and PSN on Christmas for a week straight.

The two companies aren’t the only network servers that Phantom Squad has threatened. They have also laid their eyes on “Grand Theft Auto V,” “Star Wars: The Old Republic,” and “Call of Duty: Black Ops 3.” They claim to have already started making attacks on these networks.

The group also claimed it took Reddit offline Tuesday morning in an attack. The website did indeed go down, and according to Reddit’s status website, it was because the databases came “under extreme load.” This would line up with a DDoS attack, which overloads servers with fake requests.

The group has drawn similarities to Lizard Squad, a hacker group that shut down Xbox Live and PSN last year on Christmas and Christmas Eve. At the time Lizard Squad claimed they had carried out the attack to force companies to upgrade the security on their networks. Phantom Squad, which claims no affiliation with Lizard Squad, is carrying out the attacks “because cybersecurity does not exist.”

Internet mogul Kim Dotcom ended last year’s attack by brokering a deal with Lizard Squad, offering them 3,000 accounts on his encrypted upload service Mega. Dotcom was vocal on Twitter when threats of the new attack surfaced.

Hopefully Microsoft and Sony have managed to make security upgrades following the Lizard Squad attack–otherwise gamers may very well be having another Christmas without network connectivity. 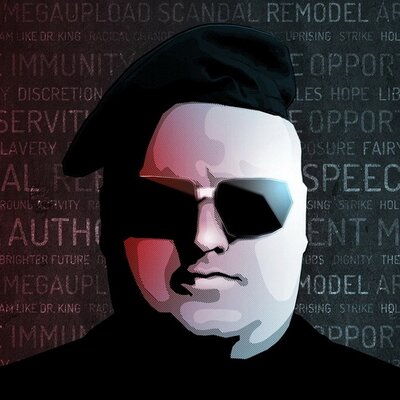 Looks like a script kiddie. Love the claim that DDOS is hacking. Bullshit.

Looking at past “threats” this month, I’m not sure this one is as credible. The so called hack the other day didn’t affect many people, and not near as many as this doofus claimed.

Look at their reddit claim. No warning before, then claim they took down reddit. They also claimed they were going to bring steam down last weekend, then said it was too tough to bring down. I think they’re making the claims, then if one goes down they’ll take credit whether they did it or not.

so lame. this is not hacking. DDOS is only to cause a delay in service for some childish reasons.

Things like this are like plastering mass murderers on the tv. They do it for the attention. They do it to get free shit. I say Sony and MS beef up their defenses. If steam can do it, Sony and MS can. We pay both companies enough money to protect our information and make us happy. I say dont give in to these fucks and beef up defenses.

And @anon42851937 you are 100% correct. DDoS attacks are not hacking. That’s the pussy way out. I used to be a hacker and DDoS attacks were laughable if you know how to protect yourself.