New Xbox One features are rolling out for Xbox Insiders in the new 2002 update, including a streamlined Xbox One Home interface, image and GIF support in text conversations, and more ways to organise your games and apps. 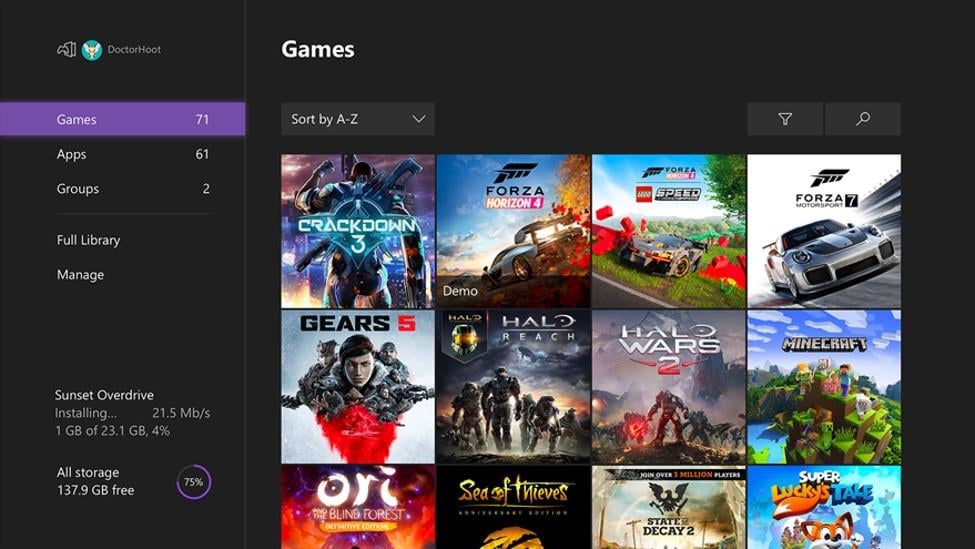 The simplified Home update is set to roll out for all Insiders over the week, before a full public release next month. The “Twists” from the top of the home page have been removed in favour of dedicated rows for Xbox Game Pass, Mixer, Xbox Community and Microsoft Store with the ability to add or remove rows for a more customisable experience. According to the Xbox Wire post, the new Home, “keeps your favourite content front and centre and gets you into your gaming experiences faster than ever.”

The update will bring you more ways to keep your games and apps organised too. “You will now find content grouping for easier navigation and access to your games and apps, as well as labels for trials and demos, and a streamlined settings experience to simplify how you interact with your gaming collection.”

Another big change coming is that images and GIFs can now be viewed in messages on consoles. Images and GIFs sent from the Xbox mobile app or the Xbox Beta app for Windows will display on your console, plus you’ll be able to view that content in full screen. 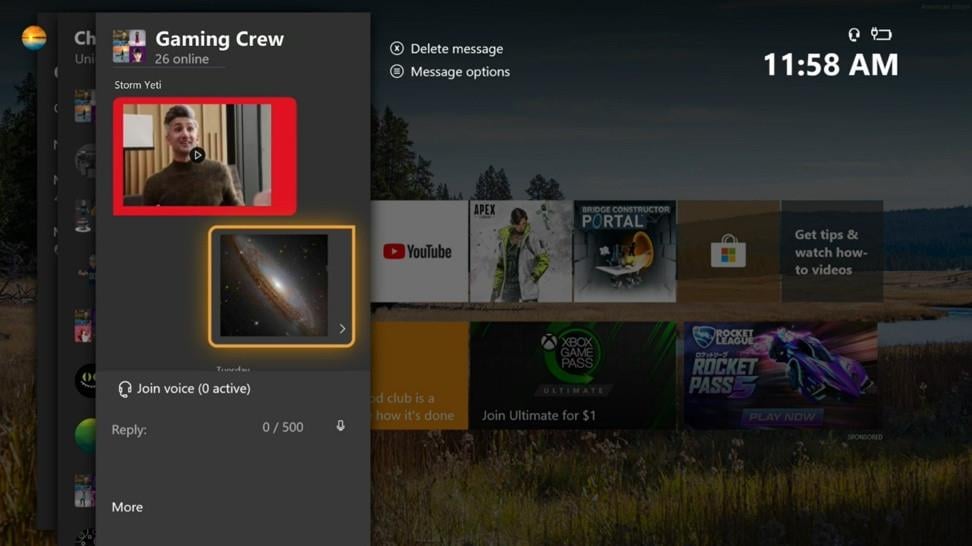 The update also allows Insiders who are Xbox Game Pass more freedom in what they’re downloading. Games such as Shenmue I and Shenmue II — which are bunded together — can now be downloaded individually. Insiders will now see an “In this bundle” overview when installing and can select which title to download.

More storage management solutions are being offered up too. When you run out of storage space, your Xbox One makes suggestions for you by displaying what games, apps and content are taking up the most room on your hard drive. With the new update, a new “Move” option is being introduced for users with external storage attached, giving you a choice to either move or remove items to free up space.

You’ll also be able to change the location for notification pop-ups on-screen by going to, Settings -> Preferences -> Notifications and clicking on “Default notification position.” You’ll now have the choice of choosing one of six locations on your screen for notifications to appear, although this may differ for certain games to for the best user experience. Viewing improvements have also been made to Mixer, including the ability to switch chat modes, manually selecting video resolution and you can see more information about the streamers you’re interested in, browse their clips and host their channel.

The 2002 Insider update is rolling out now. For more, check out the Xbox Wire post.