The team behind the Xbox Game Pass Twitter account are teasing the addition of a new game to the service, which many believe could be Square Enix’s upcoming co-op RPG Outriders.

There's probably a hint about a game in here somewhere honestly we can't even keep up with all the announcements lately https://t.co/Qz6LmX1Cs4 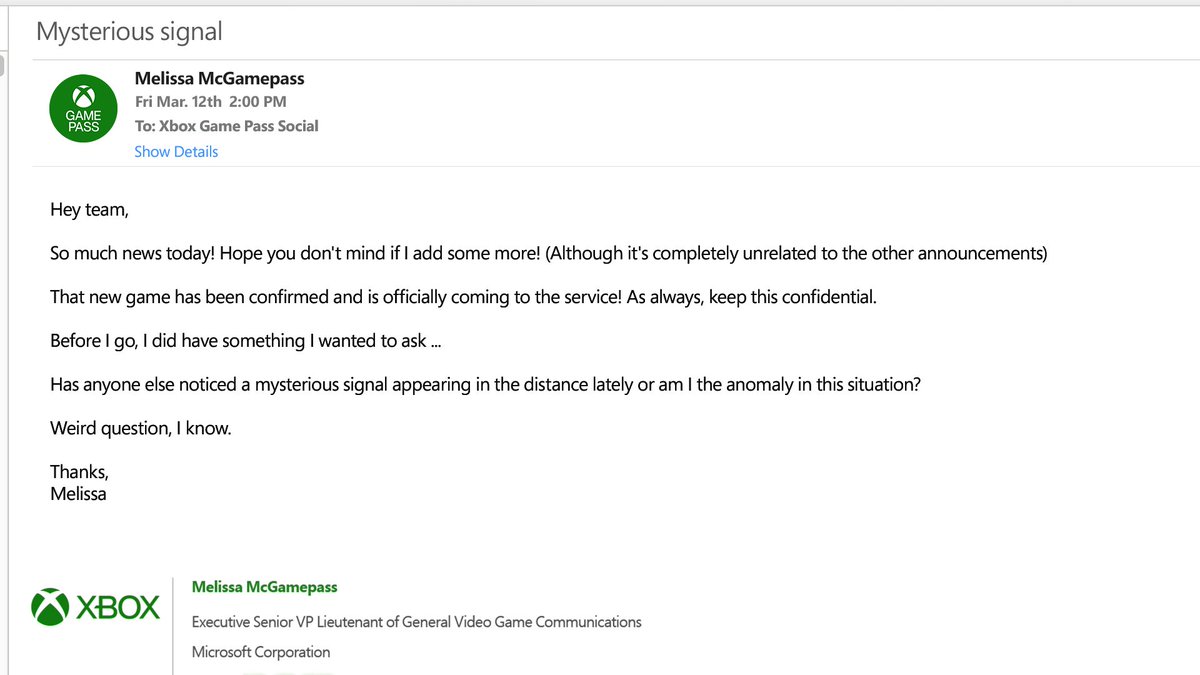 Once again, we have a faux email from Melissa McGamepass, which talks about a new game being confirmed for Xbox Game Pass before asking if “anyone else has noticed a mysterious signal appearing in the distance lately, or am I the anomaly in this situation?”

In Outriders, you venture to the planet of Enoch to help colonise the world but are soon caught up in an electrical storm known as The Anomaly, which gives you extraordinary powers. After being put into cryogenic sleep and waking 30 years later, you are tasked with searching for a mysterious signal and saving humanity. Going by this brief synopsis of the game, the theory that Outriders could be joining Xbox Game Pass doesn’t seem so far-fetched.

Hopefully it does, but either way I’m planning on getting it.

super duper…i dont think i would buy it but if its in game pass i’ll play some, maybe

No you won’t. You only know how to play Destiny.

yea you are probably right

Following a tease over the weekend, Microsoft has now confirmed that Outriders will be joining Xbox Game Pass when it launches on April 1st.

Outriders is a third-person RPG-shooter that can either be played solo or cooperatively with up to two friends. You play as an Outrider, who gained powerful abilities when you were caught up in a strange electrical storm known as an “anomaly.” You’ll have to use these devastating new skill and abilities as you traverse the hostile plant of Enoch in search of a mysterious signal. Outriders also features full cross-play between platforms, so you’ll be able to squad up with your buddies no matter what they’re playing on.