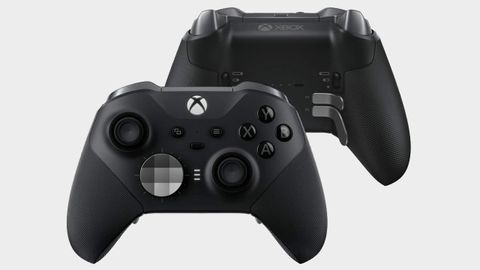 By Mike Epstein 3 days ago

How do you make the best controller even better? Microsoft’s Xbox Elite controller changed the way we think about gamepads when it launched in 2015. Until that point, the default controller for each platform was the gold standard, and everything else was either a niche tool for a specific type of game, like a fight stick, or an inferior imitation. With the Elite, Microsoft opened the door to the idea that there’s room for growth with its extra customization options and ergonomic rear paddle inputs. The Xbox Elite Series 2 improves the expanded feature-set of the Elite in many ways, giving you more ways to remake your controller to run in a way that feels natural to you and you alone. Some of those features are common-sense updates, but you may be surprised by their impact. Truly, whether you are a power user looking to bend every game experience to your will, the way PC players tend to on a mouse and keyboard, or you simply want the most comfortable controller available, the Xbox One Elite Series 2 will give you what you need.

What feels like a single monumental upgrade is actually the sum of many, many improvements, big and small. The major improvements, compared to the standard Xbox One controller, are very similar. It offers the ability to remap controls, customize your how the controller feels and, of course, gives you four horizontally mounted paddle inputs that can be used to replace or augment the face buttons. Each of these broad upgrades, however, has more to offer in the Series 2.

The Elite Series 2 features new textured grips, which now completely cover the legs of the controller, and reach up the sides all the way to the triggers. Other than when pressing a button or paddle, you won’t naturally rest your finger on an untextured face. The grip pattern itself is low-profile, and does not seem prone to scratching or wearing down.

The replaceable parts - the paddles; textured, untextured and convex analog sticks; the four- and eight-way D-Pads - return unchanged. They lock in magnetically and are easily replaceable on the fly.

Beneath the replaceable nubs, though, the analog sticks sport a new twist. You can adjust the tension in the analog sticks by removing the analog sub and twisting a column inside the stick using the tool included with the kit or a small screwdriver. The distinctions between the three settings are fairly small, but the tighter sticks work well in competitive shooters like Gears 5 and fighting games like Mortal Kombat 11, where you want more precision control and a quicker snap back to neutral position.

The buttons and triggers have also gotten a little glow up. The buttons are now clicky and easier to tap, without the squish of the standard Xbox One controller - one of my favorite features in my favorite third-party controller, the Razer Wolverine Ultimate. The back of the controller has a pair of switches, which allow you to reduce the amount of travel on the triggers from a full press to half or even a “hair trigger” tap. Personally, I prefer the standard pull, but competitive players will likely want the lower actuation point of the quick-press.

I’m also very thankful that the Xbox Elite Series 2 now has a built-in battery, which gets about 30-40 hours of battery life in a charge. You can charge it using the controller’s USB-C port, which replaces the standard Micro-USB at the top of the controller, or use the wireless charging dock, which comes with device. The dock is just a small black box, so doesn’t take up much space or feel like an eyesore, and it’s convenient to grab your controller when its time to play and charge it up when you’re done. Some of these upgrades, like building in a battery and adding Bluetooth support like the second-generation Xbox One gamepad, feel more like modernization than upgrades - these are things you expect from a $180 controller - but features like the charging dock leap-frog what should be standard and make these improvements feel luxurious.

In my mind, the best improvements to the Elite Series 2 are on the software side, though. As with the original Xbox Elite, you can completely remap the controller as you see fit using the Xbox Accessories app. The range of inputs you can map to each button, however, has expanded quite a bit. In addition to the buttons on the controller, you can also assign inputs to specific system-level actions like taking a screenshot, showing your achievements, or opening a specific app. If it was a Kinect voice command, you can map it to a button. It’s a huge boon for players who want to use the paddles and the face buttons together, rather simply use them as a finger-friendly replacement. You also have the ability to assign a “shift” button, which opens up a second set of alternative inputs.

(Image credit: Microsoft)
At any given time, you can set and rotate among three input profiles using a new button on the front of the controller, replacing the first Elite’s profile switch. Don’t worry, there’s an LED indicator showing you which setting you’re on. You can also store extra profiles in the Xbox Accessories app on your Xbox and Windows. The three profiles on your controller get stored in onboard memory, so you can use them when you swap from device to device. You can also store and save profiles out of your rotation in the Accessories app, so there’s no reason not to try new things for every game. Those profiles get synced in the cloud, so you can access all your profiles, onboard or off, on any Xbox or Windows PC so long as you sign in with your Xbox account.

To me, though, the biggest improvement is simply how the Elite Series 2 feels in your hand. Though it is only three grams lighter - 345g versus 348g - the Elite Series 2 is much better balanced, so it’s weightiness is a strength rather than a weakness. The controller feels dense and durable, but you don’t notice you’re holding it the way you did with the original Elite and some of its premium competitors. I didn’t find myself putting it down as much during cutscenes and breaks.

(Image credit: Microsoft)
The Xbox Elite Series 2 doesn’t reinvent the wheel, but at times it feels like a revolution. From taking a screenshot with a single paddle press, to wireless charging, to using tighter analog sticks, it stacks the deck with tweaks that make a huge difference depending on what games you play and what controller you’ve been using to play them. It truly is one of the best controllers for PC gaming, and Xbox One. The only real downside is the price: how do you feel about spending $180 on a controller with a new Xbox right around the corner? I really hope Microsoft does right by people who buy this thing and support it with next-gen, which does seem likely. There’s a lot to love here, and you’ll want to use it for years to come.

@AsnPersuasion27 will have his today and i’ll have mine Wednesday…anyone else getting this thing?

Here is a decent teardown video of the V2

feeling better about my purchase with every thing i see

I’m jealous, it sure does look purty. I’d like one but can’t pull the trigger. Just too much for me.

I’ve used it…and it took some time to dial it in with the adjustments. The paddles are very different so going to have to get used to that…but I’m loving the controller

Got mine yesterday and still adjusting things. Top paddles on back smaller but can take the bigger ones from my first elite if needed. So many choices still adjusting and seeing how it all works

And looks a little cooler too gun metal ftw

On feel alone…this is 3x a regular controller good

And looks a little cooler too gun metal ftw

I must be paying you too much… @Grex fix his GRG salary.

Few days of use. I’ve switched back to
Paddles from first. Probably just me w smaller hands easier for me to reach. I like the tension w thumb sticks have mine set middle. The trigger stops feel better to me also have mine set to shortest distance feels much better to me than shorter distance of v1. More responsive and so far less restrictive in games. I had trouble with the v1 being slow to respond in some games. The real question will be longevity but I never had any issues with my v1 like others did.

Didn’t realize til now. Not sure if anyone else posted this but more custom options by hitting shift doubles the amount not sure will ever use, that many. Perhaps with other games and leaving a profile but right now just playing all COD Maybe this will help many reviews out there that suggest not worth buying over the older version which is now cheaper . I however did not have anything break on my first as others did. Such a preference thing.

there have also been reports of sticking buttons and connectivity issues with v2, dont think i have any of that but MS has acknowledged, i suspect a firmware update may be in the works

Have not had that yet

@valiantvictory or @AsnPersuasion27 and anybody else feeling like giving updates after a month of use. I got a gift card from work and I’m thinking about one of these or maybe a customized scuf. Any long term opinions?