Who Here Knows About Darksiders????

My second favorite game franchise. Darksiders 1 & 2 are amazing games. Darksiders 2 is better in my opinion. I was just wondering who else has heard about the “HD” release of Darksiders 2 Deathinitive Edition? I’m pleading to the Gaming gods that there will be a Darksiders 3 and maybe even a 4 since they seem to be doing all 4 Horsemen. Here’s a couple videos if you’ve never heard of the Darksiders games. Go play them and thank me later.

Go and finish the first one. The ending is by far the best ending to a game that I’ve seen forever. Since its been 5 years since the game came out though there’s probably spoilers everywhere. I’m just excited that the series may not be fully dead.

Everyone has their own opinion. I can understand how you feel that way.

I played and beat both. really enjoyed the second hope they continue them

Never got around to playing them. But I wanted to. Here is what I know.
A $700 full scale replica of deaths scythe was released less than a year ago, who does that for a dead franchise.
THQ went chapter 11. So somebody bought the franchise. They didn’t buy it just to produce a remaster…
A remaster of the second guarantees a third is coming. Probably next year with a possible announcement this fall out winter.

I knew they made Wars sword, but I didn’t know they made deaths Syth. That’s bad ass. They NEEEEED to make another game after the Deathinitive Version.

I seriously want two of them… Here I thought they had Deaths Transformed Reaper Forms Scythe, Harvenger, 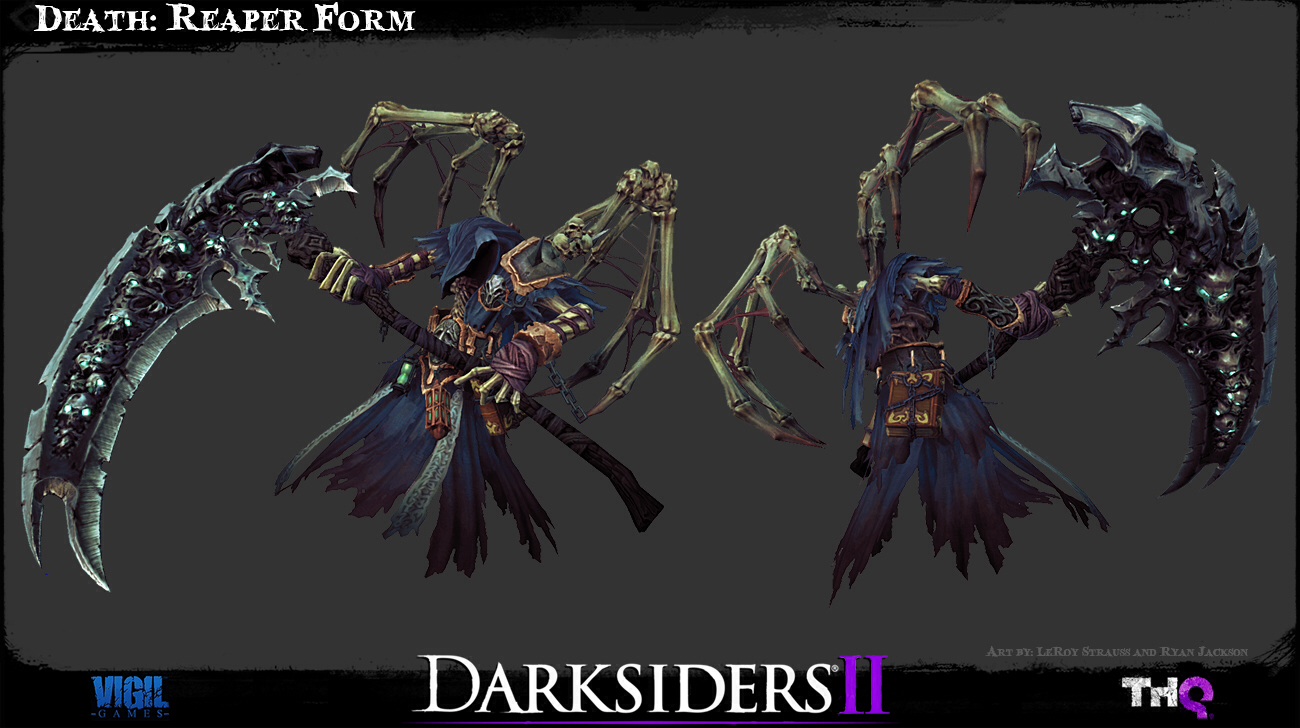