Anyone know what the current meta is for Warzone? I understand that Cold War gun stats in MP vs Warzone are very different. They also added a “Monolithic Suppressor” for Cold War Guns. It’s the Agency Suppressor for Tactical rifles, GRU for LMGs (or at least the RPD), I’m not too sure on the other guns.

Currently I maxed out the DMR-14 as I heard it’s nasty in Warzone. I set up a class and it is just disgusting. I’m sure the Type 63 is the same. @mnvikesfan will love it as they’re a better FAL. Very hard hitting and takes AR ammo.

This isn’t my pic but the loadout I’m using for it. It’s so accurate and just hits like a truck.

This is the one I’ve seen…

Fucking hell, if they allow Hunters in…
TRULY THE META!

The DMR is really nice in Warzone but you need to be set up to hit from distance. So I need a SMG loadout to get for the close quarter fights.

Everyone says the MAC-10 is the OP SMG but I’m just not a fan. I’m trying to level it up but not enjoying it. I’m not sure if it has different stats in Warzone or if I don’t have the proper attachments unlocked yet. it just kicks straight up, super fast. I feel it’s really good at 10 feet or closer but once you have some bit of distance it’s just not working for me. Maybe it’s an attachment thing.

Also was looking at the AK-74u and maybe that would be a decent SMG??? Not sure.

I wonder how the KSP SMG would work in Warzone? A burst SMG… Maybe.

This AK-74u’s main strengths are its accuracy, rate of fire and range. This loadout will focus on further improving these characteristics, while increasing ADS speed, movement and recoil control.

Equip the weapon with the following attachments:

We’ll add the Spetsnaz Compensator to increase vertical recoil control. Alternatively, you can always go for the GRU Suppressor or remove the muzzle entirely. This is because these suppressors don’t offer the bullet velocity boost that you’d get from Modern Warfare’s Monolithic Suppressor.

You’ll be running and gunning a lot when playing with an SMG, so you need to be fast to react. The Tactical Stock and Quickdraw handle will give you a boost to your movement speed while aiming and make improve your ADS speed.

Alternatively, you could make the Spetsnaz Field Grip your Handle to improve your ADS and flinch resistance at the cost of the sprint to fire time. This way, you can immediately take out any foe who jumps out of the corner.

We’ll cap this loadout off with the ammunition. The AK-74u’s high fire rate makes it absolutely lethal, so the 40 Rnd Drum ammo will go along nicely with that.

##The Best Mac-10 Loadout in Warzone

Given that the Mac-10 is an SMG and perhaps lacks a tiny bit of the power that an Assault Rifle would offer, you might need a tiny bit more out of it.

A bigger Mac-10 allows for a longer burst of fire if needed, and given that the Warzone can have a few players converge on the same spot, the drum will justify itself in these situations.

There are a few here that you can go for, but this one is the best option in our eyes. At the minor cost of some mobility, you can greatly increase the weapon’s range and damage. This makes it effective at both close-range and at a distance.

A standard attachment to include here as the Mac-10 is the kind of weapon that flourishes in those heat-of-the-moment scraps. Steady Aim Laser increases the weapon’s accuracy when hip-firing, and that is a vital advantage in close-quarters firefights.

Increased accuracy and control at the expense of nothing. All you’re doing is making your Mac-10 a laser beam that will not leave its target, pounding it with bullets until it falls.

The weapon’s fire rate is insanely high, so by controlling this, it becomes unmatched in a straight 1v1.

The Field Agent Foregrip offers the best of both worlds with a strong reduction in both Vertical and Horizontal recoil. SMGs are always a bit more erratic with their lighter weight and a higher fire rate, so this underbarrel is an absolute necessity to control its bite.

Another variation is NickMercs Mac-10

Decreased sprint to fire time so you’re ready for any gunfight in an instant. Especially helpful when fighting other SMG players.

53 round magazine so even if you miss a few shots, you’ll have plenty more. Turns the Mac 10 into a bullet hose

We’ll add the Spetsnaz Compensator to increase vertical recoil control. Alternatively, you can always go for the GRU Suppressor or remove the muzzle entirely. This is because these suppressors don’t offer the bullet velocity boost that you’d get from Modern Warfare’s Monolithic Suppressor.

Is that a current post? Because I thought they added in the “monolithic suppressor” for all guns.

Just swap out the Muzzle for the Monolithic equivelent.

After the DMR nerf (

), maybe the FFAR paired with the KAR. JackFrags loves it. He also raves about the KAR (you all should, seriously it’s that fucking good). 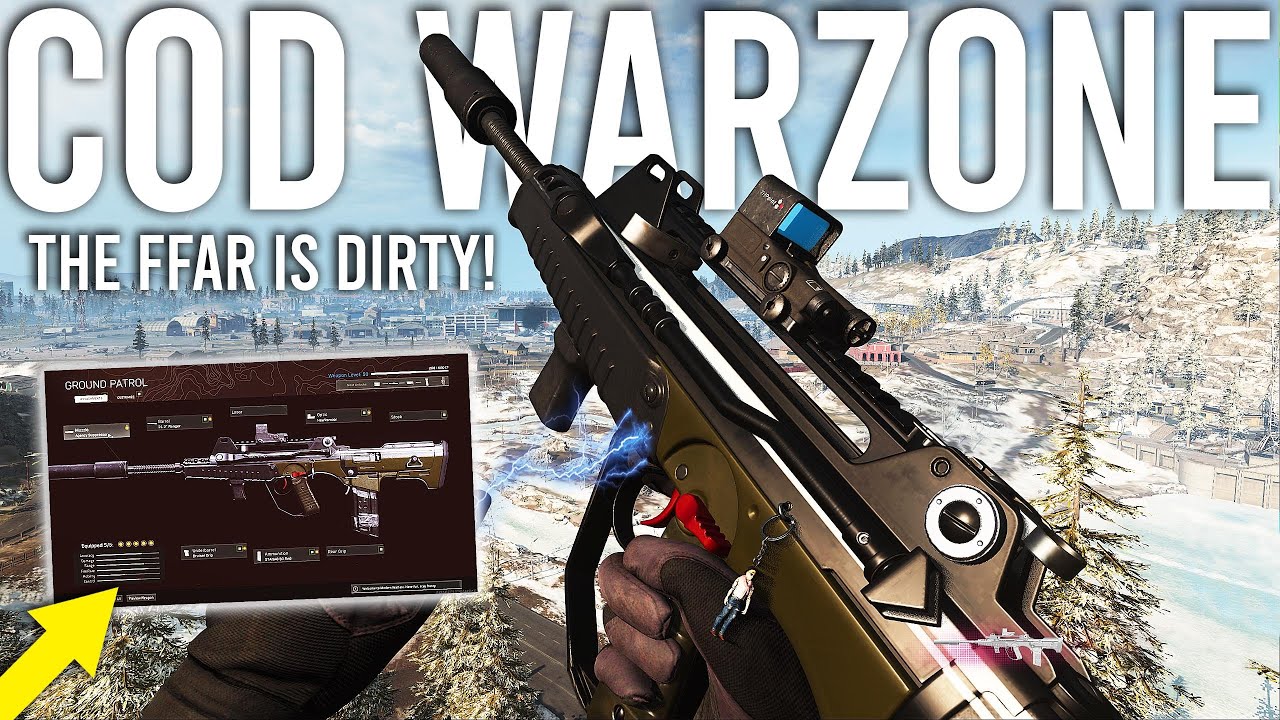 Here’s just barrels. They don’t line up at all.

This Sheet is private

Looks like the Amax is the top AR in Warzone right now. Which sucks as it’s not a gun I’m comfortable with. I’m currently using the Krig which is ranked as meh. It’s ok. It seems like CW Assault Rifles aren’t on the same level as MW guns.

I’ve been using the AMAX, then went to the M16 again, but was using old faithful - M13 for the win last night.

I tried the M16, it’s better than MW’s burst guns but still not 100% at range. I’m still using the Krig, it’s ok and I know I’m probably getting outgunned but I like the 2x sight. Always hated the MW VLK scope but used it for the hidden recoil benefit. 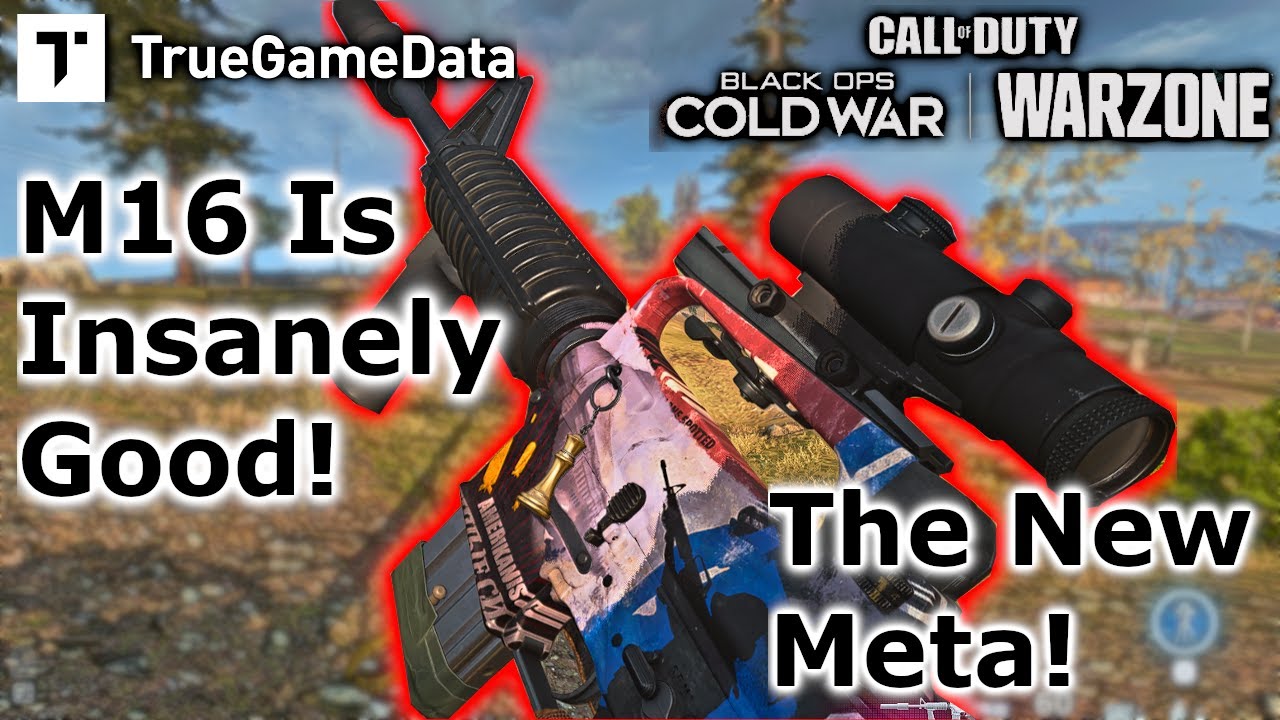