What is Project xCloud? Release Date, Price, Available Games and How to Sign Up 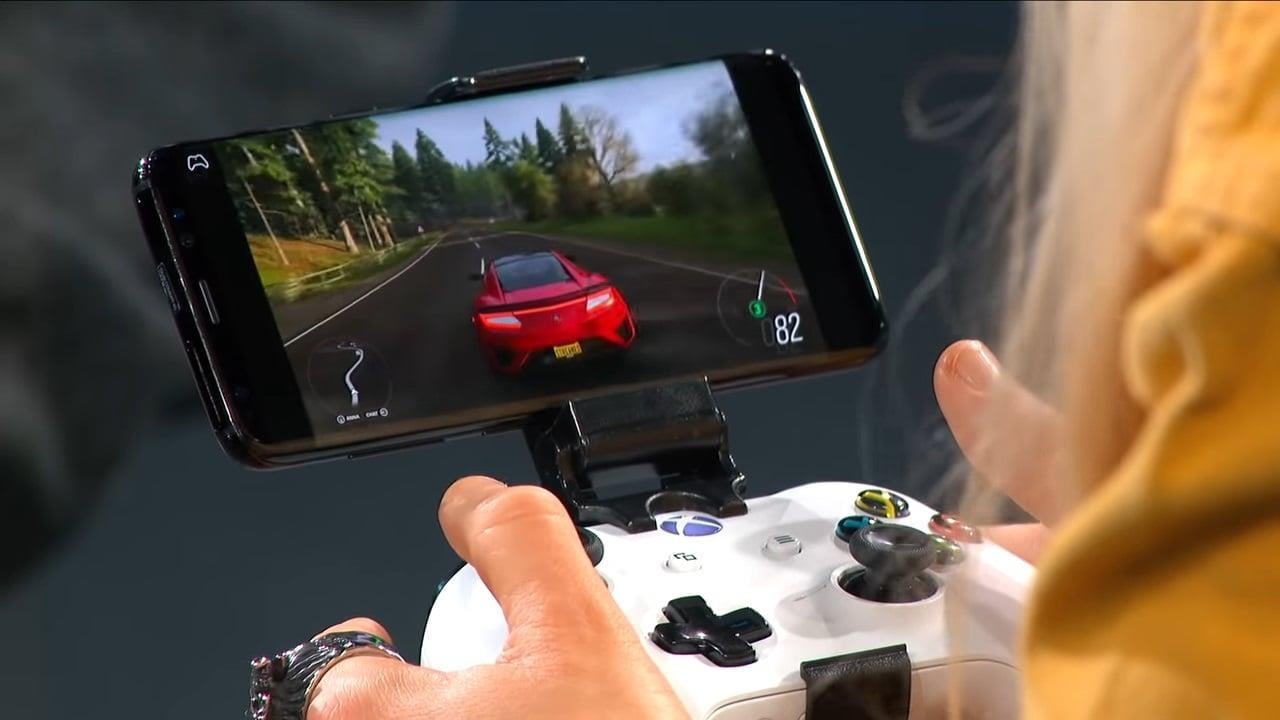 What is Project xCloud?

Project xCloud is Microsoft’s game streaming service. Many have called the Xbox Game Pass a “Netflix for video games”, but xCloud will be an even more appropriate comparison to the giant of streamable TV. Games are playable on-demand, with minimal loading times. You don’t even need a console, just a phone or a tablet, a decent internet connection and a Bluetooth controller.

When is xCloud coming out?

xCloud is currently in its test phase called Preview. Microsoft is extensively testing the cloud streaming service before coming up with a marketing plan. Speaking to the xCloud team at X019, they told us that Microsoft wants to make sure that xCloud is a viable option and is worrying about cost/pricing later. A full service is rumoured to be launching in 2020.

How do I join the xCloud Preview?

You can sign up for the Project xCloud Preview over on the Xbox website. However, Microsoft is only sending out invites to selected people, so it’s possible that you might not get into the Preview. Invites could be sent out up to several months after initial registration. However, several staff members have been able to get into the program, so hopefully the audience is fairly wide – as long as you are in the right part of the world.

Which regions does Project xCloud support?

Currently, in its Preview phase, only the UK, the US and South Korea are supported. At X019, senior execs on the program said that it was expanding to Canada, India, Japan and “Western Europe” in 2020 – a significant stress test for the program in terms of reach, technology variance and population. More regions are expected to be added as the program continues.

How much will Project xCloud cost?

There is no Project xCloud cost at the moment – accessing it in Preview is completely free. Microsoft has been tight-lipped about its pricing plan, and due to concerns about the viability of game streaming across multiple geographies they are solely interested in getting it into players’ hands in as many parts of the world as possible. For comparison, Google Stadia is currently $9.99 a month – less than Netflix’s standard $12.99 service. Microsoft will likely need to be competitive with Stadia unless they have good reason to charge more. Our best bet is that xCloud will eventually be rolled into Xbox Game Pass Ultimate, with Pass games being available for mobile streaming, for the same or similar price per month that Ultimate already offers. 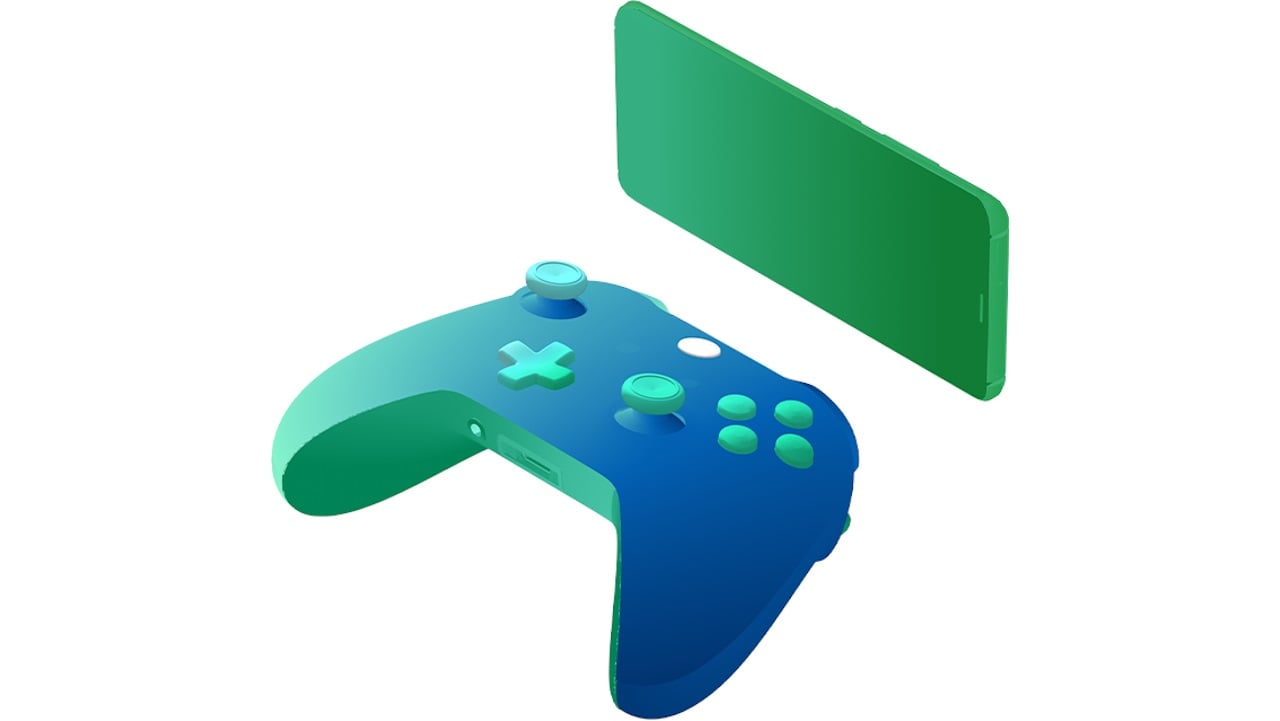 How do I use Project xCloud?

Project xCloud allows for games to be streamed directly to a players mobile device and doesn’t require a console or a game to be downloaded. Microsoft hosts the game and feeds it directly to your phone/device via the internet. There are four things that you need to use Project xCloud:

When you load up the app, you will see a list of featured games at the top followed by a full list of games. Tap the game you want to play, then tap Play. If a controller is connected, you will be taken straight into the game. That’s it!

You can get various first and third party docks for your mobile device to attach it to the top of your controller – the method we have often seen in xCloud marketing footage. However so far we haven’t found a clip that feels particularly comfortable. It’s early days so we’re hopeful that more robust solutions appear, but personally we’d recommend getting a decent mobile phone case with a landscape-oriented kickstand to use the service if and when you have a surface to rest the device on. 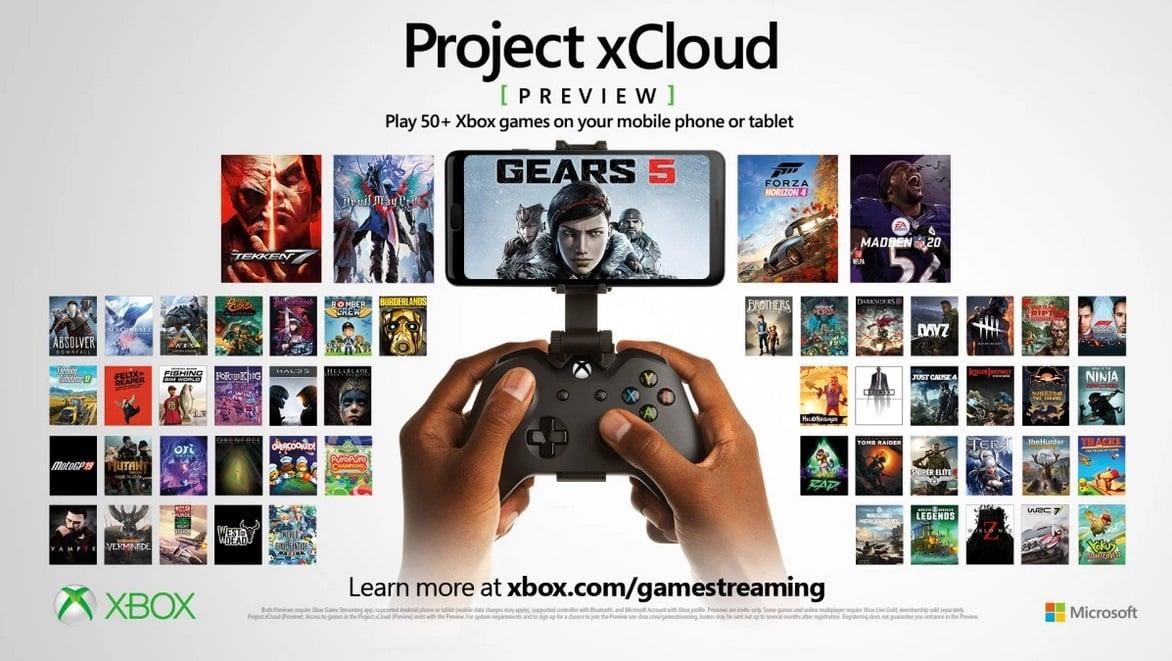 What games are available on Project xCloud?

In Preview, there are fifty games currently available to play. Big games like Gears 5, Sea of Thieves and Forza Horizon 4 are all playable. We are maintaining a full list of games on xCloud so you can keep up to date with any additions or removals.

What games are coming to Project xCloud in the future?

While the program is in Preview, the project are keeping tight-lipped about which games will be available on the service in the future. We suspect that at minimum, first-party Xbox Game Studios games will be available on xCloud whenever it does eventually launch with a subscription model. Our money is on Xbox aiming to have most, if not all, Xbox Game Pass games available on the service – just in terms of efficiency and accessibility to new customers, signing up to xCloud and immediately getting the benefits of Xbox Game Pass on the move would be quite the hook.

What is Xbox Console Streaming?

Only Android mobile devices are supported, though the program is coming to iOS in the future. You will need a phone or tablet running Android 6.0 or greater with Bluetooth 4.0. There is no set list of compatible Android devices as the app is open to any that meet the basic requirements. We’ve had success running xCloud on Huawei, Samsung and Google devices.

Which controllers does Project xCloud support?

At the moment, you can only use the various types of Xbox Wireless Controller. The latest generation of Xbox Wireless controllers (on which the Xbox button is set in the same plastic overlay that wraps the top of the controll), and the Xbox Elite Wireless Controller Series 2 both support Bluetooth and can be used wirelessly. The older Elite controller doesn’t use bluetooth, but can still be used by connecting a USB to your mobile device.

However, Microsoft announced at X019 that Sony’s DualShock 4 would be getting support for xCloud in early 2020, along with other third-party controllers like Razer. So if you prefer the feel of a PlayStation controller, have at it!

Can I unlock achievements in the xCloud preview?

You can! We have been playing around with xCloud here in the office and have unlocked several achievements with no issues at all. If you’re in the preview, get unlocking those achievements for free while you still can.

Can I stream games to and from a PC or smart TV?

At the moment, xCloud streaming is limited to casting between Xbox’s 50 game roster or a player’s Xbox One console to a supported Android device. However the xCloud team have mentioned streaming via PC as being on the roadmap for 2020. xCloud’s lack of direct TV casting is, at the moment, the one area in which Google’s Stadia has Microsoft beaten; purchasing a Chromecast means that players can flick a game from their phones to their larger screens with ease.

How do I get help with xCloud or give feedback?

Microsoft have set up a Reddit support hub for all things xCloud and Console Streaming. There’s a bunch of FAQs there detailing controller requirements, common issues and other questions that players might have. Within r/XboxInsiders is a support and discussion thread that is updated weekly.