The Red Doors are a new fast-travel system in Warzone Season 4. Unlike modern-day Verdansk’s subway system, the Red Doors will take you to a seemingly random area of the map, filled with high-tier loot.

30 Red Doors have been found so far, but they aren’t guaranteed to spawn every round.

How to use Warzone Season 4’s Red Doors

When you find a Red Door, simply approach it and press your interact button to open it. Once it’s open, walk through, and you’ll find yourself at another location in Verdansk with all the loot you could ask for.

This system is still new, so there is still a lot to learn about how these Red Doors operate. Read on for what you can find on the other side of the Red Doors and all confirmed spawn locations.

Inside the room you’re teleported to, you’ll find Legendary Chests and other high-tier items. These are very similar to modern-day Verdansk’s bunkers, which you could open for valuable loot and cash.

Here’s everything you can get inside the Red Door loot room:

The community has been scouring Verdansk for Red Door spawn locations, and 30 have been found so far. Expect more and more to be discovered over the course of the season, and we’ll update this article accordingly.

These doors appear to form in clusters around the map, with several Doors found at areas such as Summit, Salt Mine, and Stadium. While there are 30 possible locations, Red Doors aren’t guaranteed to spawn every round, so there’s an element of luck involved.

Here are all 30 Red Door locations that have been found so far in Warzone Season 4.

Where do Warzone’s Red Doors take you?

After going through one of these Red Doors, your screen will fill up with Black Ops’ number program, and then you’ll emerge somewhere else in Verdansk ’84.

This room will be locked until someone enters it through a Red Door. YouTuber Geeky Pastimes has discovered everywhere these mysterious Red Doors will take you. 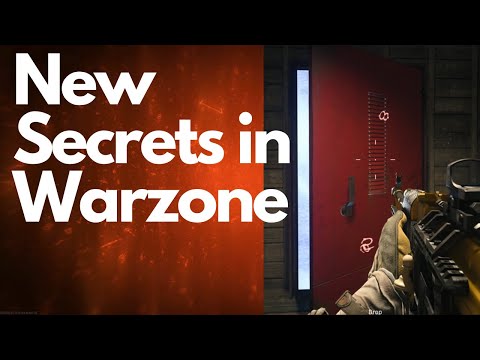 You won’t be guaranteed a specific room, but the Red Doors will take you to one of these locations.