The developers of Call of Duty have released a brand new high-resolution texture pack for Warzone which is available on the PS4 Pro, PS5, and Xbox Series X.

Warzone Season 2 has brought a plethora of exciting new content for CoD fans to enjoy. There are new weapons, map changes, and a ton of other new additions for you to explore while playing. Now, it seems the developers have a few other tricks up their sleeves.

Activision have surprised fans by releasing a high-resolution texture pack for the game on the PS4 Pro, PS4, and Xbox Series X. Here’s everything you need to know about it, including how to download it on your console.

While this high-resolution texture pack hasn’t been formally announced by Activision, it is available for both Warzone and Modern Warfare, so players can install it right away.

Since the high-resolution texture pack is on three high-end platforms, Verdansk will look sharper than ever before. Just make sure that you have access to a 4K-ready display when playing to get the full experience.

The pack’s description states that it “supports the most detailed textures for weapons and Operators” for both titles. mtl514hustla confirmed that the texture quality is definitely an improvement over the base game.

“It’s a 4k signal but don’t know if it’s upscaling or not,” he tweeted. “The guns and character models do look a lot sharper.”

@MadSaltySkills @CallofDuty @RavenSoftware @InfinityWard @JGODYT It's a 4k signal but don't know if it's upscaling or not... The guns and character models do look a lot sharper tho 🤷🏽 https://t.co/vTnPpQ85Z1 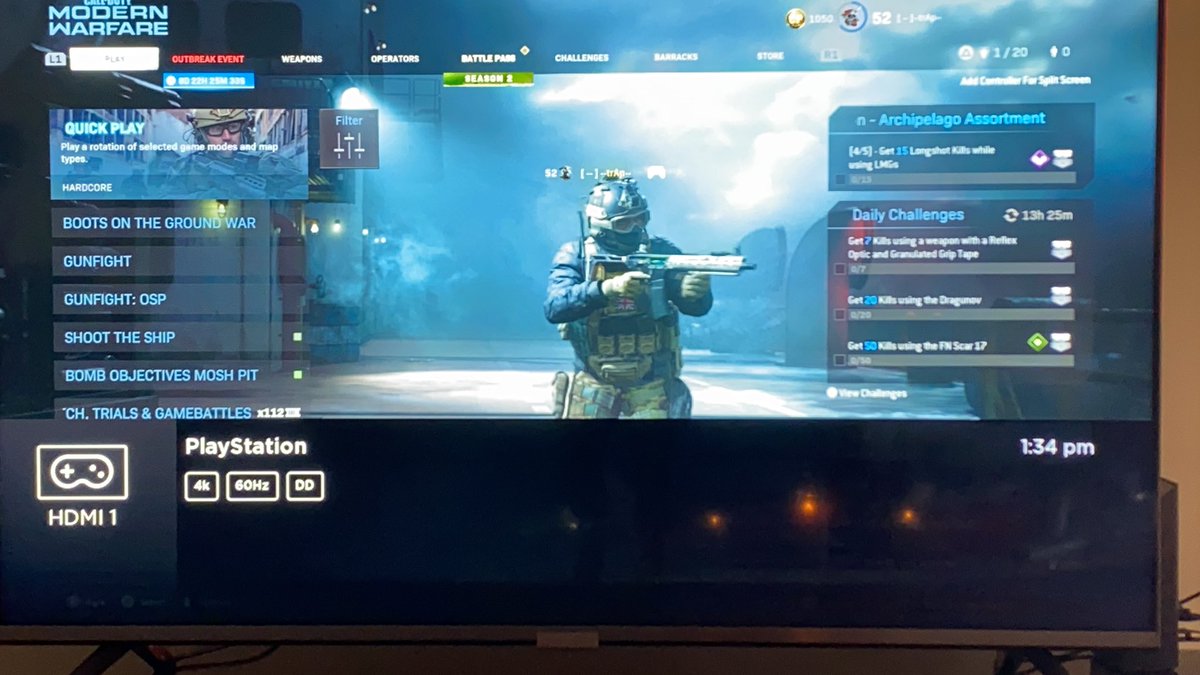 The pack is only available on high-end consoles that can handle the graphical intensity. While this was initially unconfirmed, the pack is also available for players on Xbox Series X.

If you play on a PS4 Pro, PS5, or Xbox Series X, then here’s how you can install it:

This pack’s file size is 8.4GB, you’ll have to clear up some storage beforehand. Luckily, you won’t have to rush to get it on your console, since it will always be available in the Game Installs menu.