Call of Duty: Warzone Season 5 got a mini-update with the 1.41 patch courtesy of Raven Software. We have all the details on it including its size, new lobby screen, and the return of mid-game loadout changes.

A sudden update to improve a game should always be welcomed, and that’s what Raven Software has tried to do with Warzone. A new 1.41 update suddenly dropped, and players were left to wonder what had been included in it.

We know now that it has brought two significant changes to the battle royale, with in-game loadout changes returning, and a curious new lobby screen.

One of the changes that the update has implemented is a new lobby screen. The new one is rather peculiar as it clearly shows a gigantic plane in the background.

The background appears like it might be Airport, but there’s no word on the importance of the new plane, if it’s due to drop in Verdansk, or if it is connected to Call of Duty: Vanguard. 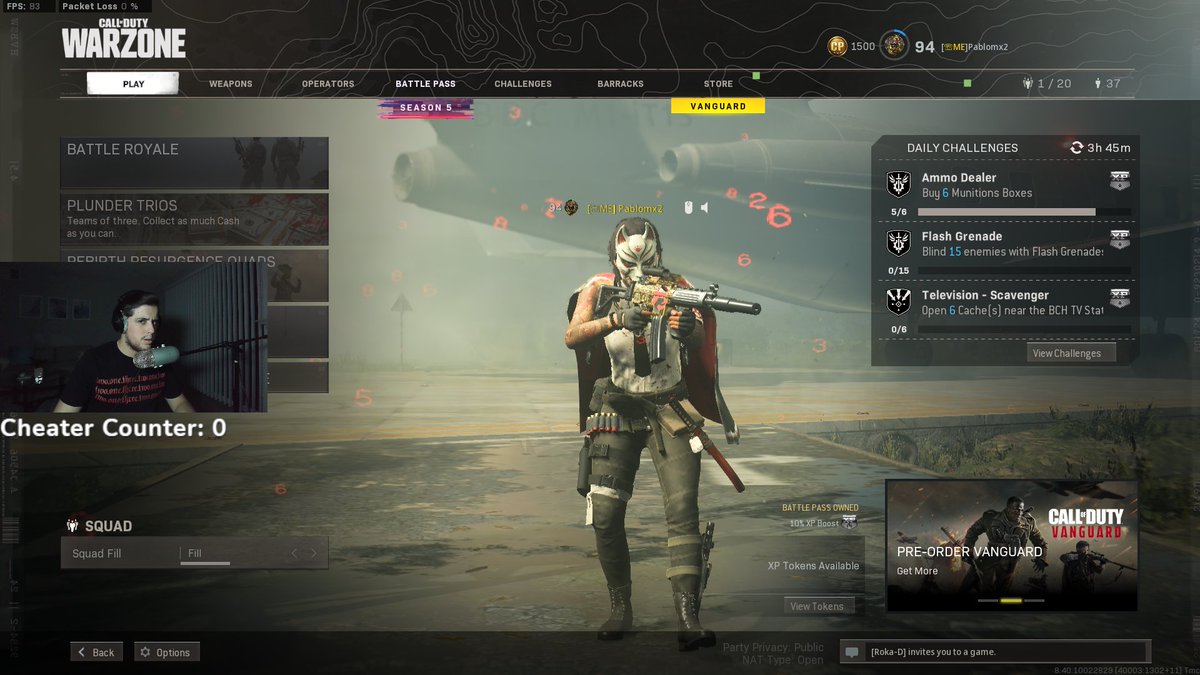 Other than the new lobby screen, the other big change that has been made to Warzone is the return of the mid-game loadout edit feature.

Raven Software Tweeted to confirm the return of the highly-requested feature: “As some of you have noticed, mid-match Loadout editing has been reenabled for #Warzone pr-match lobby, Plunder, and #ModernWarfare multiplayer. Enjoy!”

Players will now be able to change up their loadout in the pre-game lobby and tinker with their setup until they feel it’s right.

@RavenSoftware
🛠️ As some of you have noticed, mid-match Loadout editing has been reenabled for #Warzone pre-match lobby, Plunder, and #ModernWarfare multiplayer. Enjoy! :)

Warzone 1.41 update: How big is the install file and size?

We’ve found the Warzone 1.41 update clocks in at around 600-650MB on PS4 and PS5, and it might vary slightly for other formats.

Meaning it shouldn’t take long at all for you to be enjoying the mysteries of the new loadout screen or the ease of editing your loadout midgame.

@charlieINTEL
A 650MB update for Warzone (version 1.41) went live overnight on PS5 and PS4. No info on what was updated yet.