Hey guys, I’m looking for a little assistance. I’m looking to build a DVD/CD shelf’s on a wall and I’m wondering the best way to do it. I’d like it to be a floating design but want to make sure they won’t fall.

My plan is to just put a board up with a nail/screw at the studs at an angle, but then I was thinking of an L shape to add a little support. My last idea was putting a little support at each end, but the issue with that is the 1 side is brick and I don’t have the drill bits for that.

Load up the pic again, maybe it’s just me on mobile, but it doesn’t look like it’s coming thru.

I have some ideas, you may want to use some wood supports that you can get from Home Depot for cheap. The shelf won’t be totally “floating” but it’ll be able to support the weight depending on how much you want to put on the shelf.

I’m sure there are kits that make this easier but this is what I found.

Also this popped up. The lights might be pretty cool.

Thanks, I had found some like that as well.

Re-uploaded the picture. It doesn’t have to be fully floating, I just want a simple clean look. The plan is to only have CD/DVDs on it and maybe some other small/lite items.

Another stupid question… is there an IKEA near you? They make a floating shelf that is fairly inexpensive and really easy to install. I have several that I got throughout the years and they look good. You can order them for delivery as well.

IKEA - LACK, Wall shelf, white, , The shelf becomes one with the wall thanks to the concealed mounting hardware.

For the drywall, I use 75lb easy screw anchors and you should be fine, unless you can hit a stud, then you can screw the support straight into the stud.

The other aspect I was thinking would be fairly easy and a trip to homedepot.

Or something similar to ikea.

With the Home Depot option, you’ll have to mix and match parts depending on how it needs to be built. The shelf could have connection points that are hidden, or it could have supports like the first pic. Depending on how much weight you have, and judging by the cds, which surprisingly weigh a bit, I’d go for the support.

We have an Ikea about 1.5 hours away. I want to build the shelf all the way across so buying premade is not the best option (and I want to play with my new miter saw).

I truly hate Pinterest, but my wife loves it to the bane of my existence. I will look occasionally for ideas there and found some that you may like. 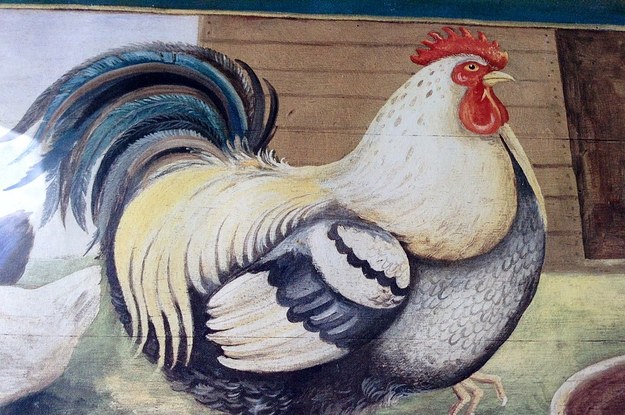 How To Create Rustic Farmhouse Decor At Your Home?

Farmhouse decor is very English, very basic and natural. Full of rustic furniture, bare wood, cast iron finishes and cosy fabrics. Recreate that style in any room of your house with these basic tips!

But this is probably what you’re looking to do as you’ll get to play a little bit more.

DIY Inspiration for the Average DIY'er

I was looking on there last night as well.

This is similar to what I want minus the 2 vertical boards.

This would probably be the easiest way to do it except for the brick side.

Instead of bracing both sides, you can brace the one side and the back. It’s better than having to try to go into the brick. You definitely don’t want to touch that.

Cool, that’s what I was thinking. Just need to decide on the size of the boards I’m going to use now.

Go with MDF, tho painting it will suck. Plywood and particle board are both too industrial to use unless you’re gonna put some laminate on it. Unless that’s what you want, then, by all means! MDF will also be more uniform than plywood.

You could also go with a could of 1x2’s or a 1x6 board, but cause you’re gonna see it, make sure it’s straight.

We were thinking of staining the shelves, haven’t made it that far yet.

If you can get a good 1x6 board or even 5/8x6 board and stain it a ashen grey or something along those lines, it would look good in the space. Personally, I like color, but the wall may need to be repainted. Reds, oranges, and yellows give off a warm tone, but can also be harder on the eyes. I prefer blues, greys, and whites. If you go with an ash stain a light to medium blue wouldn’t look great, and also open up the room.

We went with red because the whole room was white and wanted to have some color.

Finished this up today. We plan on painting them black to match the wood stove.

Look forward to seeing it

Post to imugr or some service and link. We don’t want to host pics. (HD space).

Nice. I like the simplicity of it and it did wonders for the space. Good job!