We last left off with me unable to rebuy my ship in the Universe module because I had gotten blown up too many times without making any money. In this final article for 2.6.3 I’ll be covering the Star Marine and Arena Commander modules in an attempt to earn some money to buy back my ship. 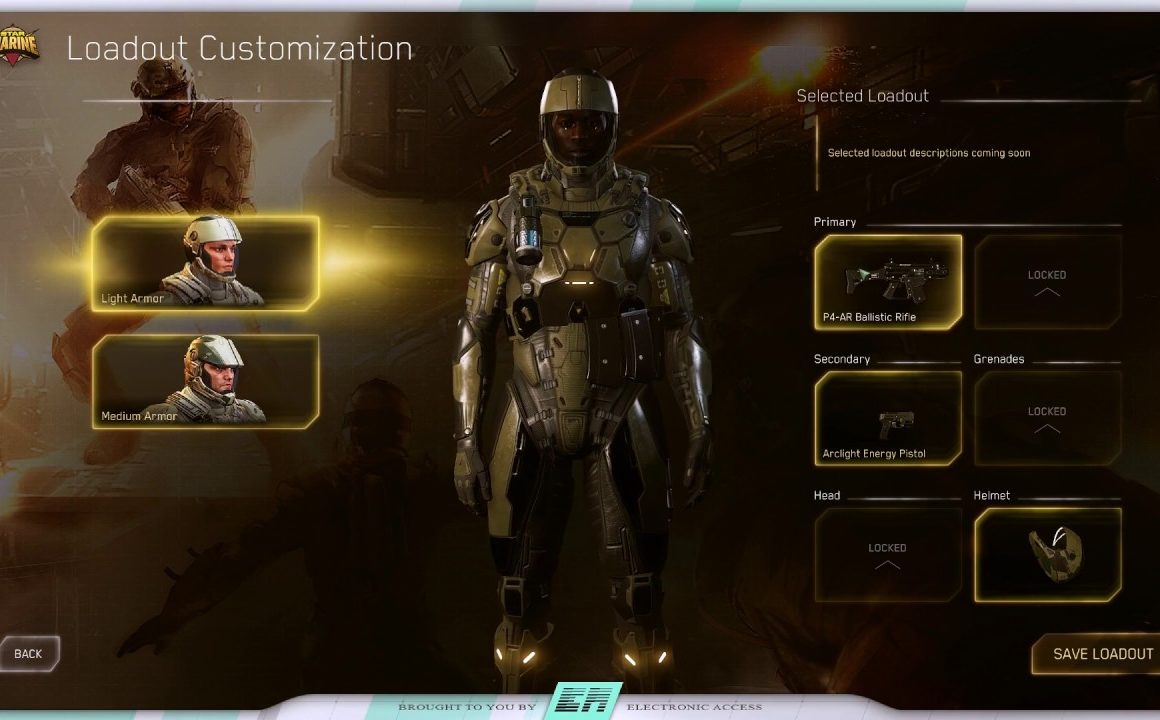 I loaded in to this to see a character setup screen. As you can guess, it’s pretty basic. There is a matchmaking option or you can do a private lobby. The other GRG members who got this when I did will have to help me test this private lobby feature. You can choose your loadouts for the 2 different game types that are available (lol) and for the 2 different characters that are available for each team. 2 good guys, 2 bad guys. Unless you’re playing Elimination and then that is just a free-for-all game type.

I was able to get a match started on the second try. I ran around - what appeared to be an abandoned starport - forever looking for someone to shoot only to see a pop up on my screen saying “SCfuqboi joined your match”. Oh… I had been running solo the whole time. I ran around some more trying to find this other player and in the meantime another player had joined. 15 second after, player 2 killed player 3 and then player 3 abruptly left. After another 5 minutes of running around I just quit. I’m not sure if it was bad instancing, I picked a bad time to try, or everyone is just waiting for the 3.0 update but that wasn’t really any fun.

As usual, the level was gorgeous and the gunplay reminded me of RB6: Siege. The character movement was also very realistic. There was also this shielded doorway that if you ran through it you would end up in zero G. That would make for an interesting match. 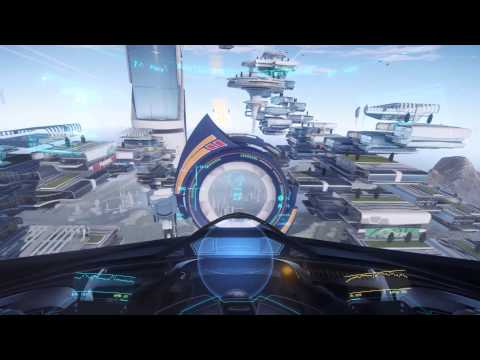 In Arena Commander there are 3 game types, all of which involve flying a space ship.

Multiplayer: Various online game modes with up to 16 pilots.

I started off with the single player offline mode to get used to the ship more. I’m gonna recommend this mode to anyone who gets this game. This helped with basic ship controls soo much and got you used to how your ship handles. Even made the radar make more sense. The particular race I did took place on a planet with vegetation of some sorts so it was atmospheric flight. I think my ship actually handled better there than it did in space. Very pretty, very basic. Fly through the checkpoint rings as fast as you can.

The next mode I tried was multiplayer racing…man was this a lot of fun! Watching people blast out the gate only to slam in to a building and blow up! I ended up taking second. In fact, the first place guy and myself were the only 2 pilots left that didn’t blow up. I ended up hitting a couple things which damaged my engines and crippled my speed the rest of the race. I was soo slow I basically got a DNF. I still ended up with 666 credits though! Baby steps to getting my ship back!

One of these days I’ll test the private match of this flying part with the other GRG members who own this as well.

The big question… is it worth $60 at this stage? 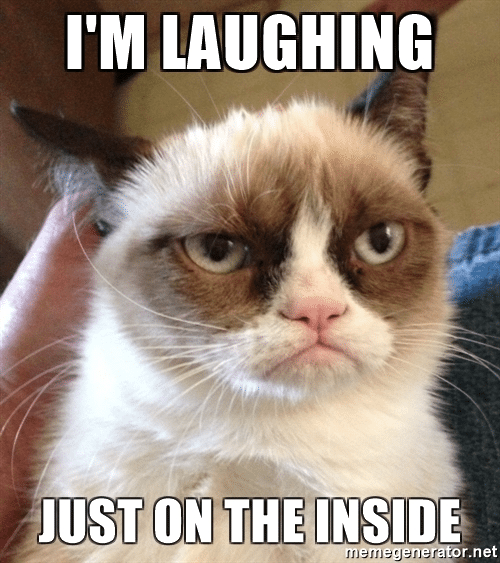 I don’t think anyone actually expected me to say “yes”. God I hope not. That wasn’t the point of buying this game at this point anyway. Like I said, I bought in to be a backer to ride this thing to the end…or the ground. Whichever Chris Roberts decides to do. I also wanted to write about it at it’s current stage as I didn’t really find anyone who put it all down like this that wasn’t being sponsored.

Does it have promise? Man, if they put all this stuff together and have a universe at least as large as Eve Online, they will have a game that every Sci Fi fan will want to play. I even know some people who only own a console that would find a way to buy a PC just to play this game if they put all the modules together and make a fluid game.

That’s going to do it for this installment of Star Citizen. Stay tuned to the news section of GRG as I’ll be starting this up again when Version 3.0 releases. I’ll go over what changes and improvements they have made. 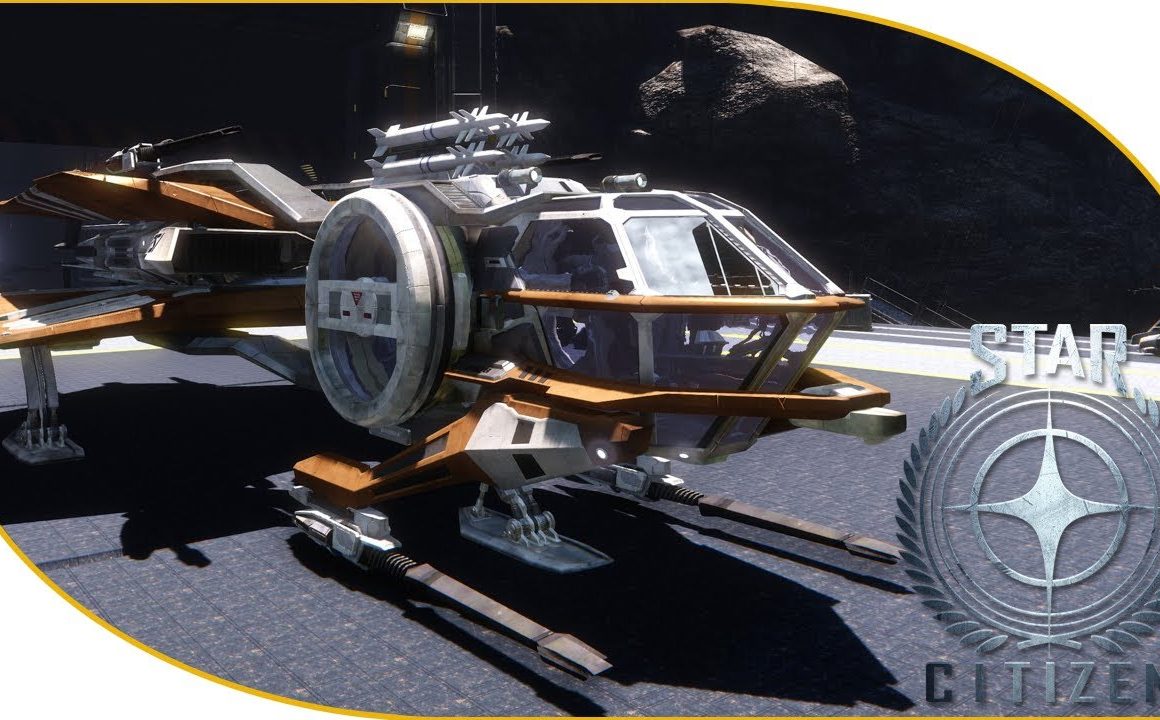 Great series. I plugged parts 1 and 2 on the cast last night, but wish I’d known part 3 would be out today.

I completely forgot to test out MP flight games other than racing.

I would have left at that point.

I ended up hitting a couple things which damaged my engines and crippled my speed the rest of the race.

Sounds like me in every (pseudo) realistic racing sim ever.

I still ended up with 666 credits though! Baby steps to getting my ship back!

… dare I ask how many you need? Almost sounds like it could be easier to start over, if that’s possible.

… dare I ask how many you need? Almost sounds like it could be easier to start over, if that’s possible.

One rebuy for my ship is about 1300 so yeah, it will take quite a bit to earn some cushion.

As far as I know, you can’t start over. This doesn’t really matter though because I’m sure at some point during development there is going to be a wipe or two.