There were many striking elements about Phil Spencer’s Xbox Series X specs reveal on Monday. You can take your pick – that beefy 12 TFLOPs outpacing both Stadia and allegedly the PS5, the variable rate shading, the Smart Delivery of optimised gaming for your setup. However, the most telling aspect of the reveal, to me at least, was the delivery itself. Phil Spencer chose to chuck out a written blog post on Xbox Wire pretty casually on a Monday morning – before their US customer base had the chance to wake up. It’s indicative of a real shift in the Xbox marketing strategy – one that I think is going to continue to pay off in the next generation and beyond. 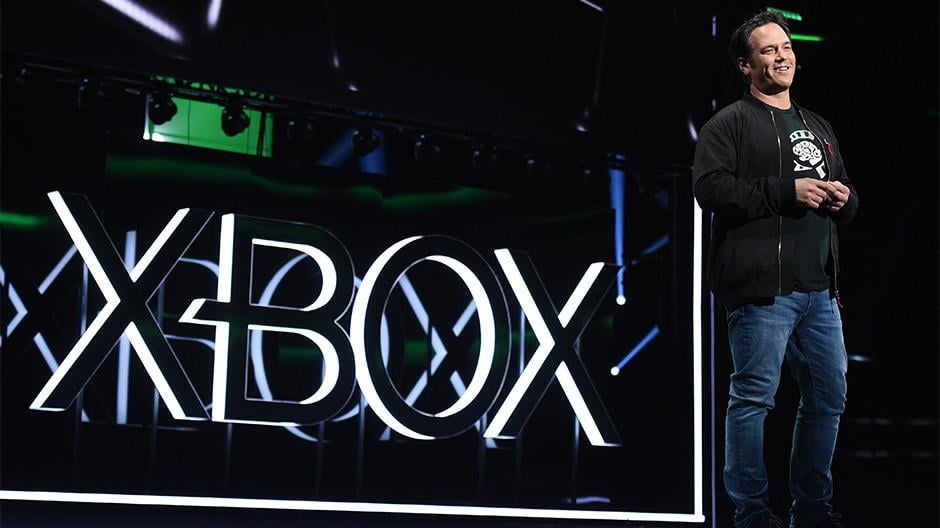 You only have to look at the difference between the reveal of the Xbox One and the “reveal” of Project Scarlett to see that the marketing game has totally changed under Spencer’s leadership. That disastrous reveal of the One back in 2013 was for sure hampered by some problems no marketing team would be able to avoid – mandatory online connectivity, mandatory Kinect, possible restrictions on used games are just a few of the poor design decisions that plagued the One’s reveal. Yet the problems with the One reveal were truly exaggerated by the messaging. The One was revealed just a few months ahead of its release in a big showy event, with no build-up from Team Xbox preparing players and press for the launch. Instead, the industry heard about all the worst parts of the project through leaks and hearsay in the weeks leading up to the event. Once the event was over, Team Xbox was simply unable to strategise its damage control; with just a few months to launch and the nasty surprise of player reactions, Xbox’s disconnected leadership only made things worse with vague and at times hostile statements.

We’re a world away from that now, but it has been a slow and sometimes painful evolution under Spencer’s leadership. The Xbox One X was a generational half-step, but it was also an evolution in progress for the way Xbox would talk about themselves and their products going forward. The reveal and subsequent detail drops still had a tinge of the kind of vague messaging that had irked fans in the past, but there were some fresh elements too, such as the series of exclusive articles from sites like Digital Foundry. Having press authorities sample the tech before the One X was even announced allowed so much more breathing room for players and press to digest the implications – and crucially, allowed Team Xbox to assess reactions and adjust messaging plans well ahead of time.

Project Scarlett, eventually revealed as the Xbox Series X at The Game Awards 2019, is somewhat of a culmination of Spencer’s long term shift in the way Xbox presents itself. He has moved the company towards measured, confident, piecemeal information drops over sudden declarations. Impressions have clearly been gauged with each reveal, and plans have been adjusted accordingly. It leaves Xbox in a very confident position ahead of the Series X’s final release. Sure, it’s not going to destroy PlayStation 5 this year – Sony’s market saturation is simply too complete. But by the time the Series X comes out, both the press and players are going to have a pretty damned solid idea of what to expect. This generation, Team Xbox won’t have to spend most of those precious hype-building months between reveal and launch backpedalling on poorly conceived ideas.

It’s not just the Series X that has benefitted from this approach either. From Project xCloud to the slow gathering of more and more internal studios, Xbox has kept its fans and the industry updated but hasn’t shown its whole hand. It’s a stark contrast to some of the hangovers of the pre-Spencer model we’ve seen in recent years; just think about how games like Crackdown 3 were marketed several years before release. Immediate and spectacular promises were made that couldn’t be kept, that players didn’t even ask for, leading to a confusing, disappointing limp over the finish line. In comparison, the Xbox Game Studios teams have mostly been able to keep their work under wraps. They have given only the tiniest of teases to keep up the hype and mystery – and to gather feedback.

PlayStation, meanwhile, is nowhere to be seen. Literally – Sony has declined to attend E3 two years in a row. In 2020, the only details on the PS5 have come from loose patent descriptions and some admittedly expert speculative work from industry analysts. While the PS5 will likely avoid some of the insane self-owns from the Xbox One launch, nevertheless there is a similarity in the silence – we’re all guessing. Because Xbox has this quiet confidence backed by key facts, many are starting to speculate on problems behind the scenes at Team PlayStation. This has been compounded by the departure of Shawn Layden and mostly unaddressed restructuring at the top of PlayStation’s organisation. While PlayStation did allow a couple of outlets to see some early PS5 tech last year, there’s still a lot left unsaid.

PlayStation 5 will undoubtedly be a resounding success this holiday – assuming that the coronavirus doesn’t delay it out of 2020. It will almost certainly beat the Xbox Series X in initial sales; no marketing massaging can fix the fact that there are already PlayStations in so many homes. People don’t like change, and they also like to hold a grudge. However, Spencer is playing a long game, longer than most in the industry, and it will continue to pay off as that industry changes dramatically over the next 10 years. I think Spencer has ample reason to be confident – I doubt this will be the last big update casually chucked out on a Monday morning before I’ve even had my coffee.

But I want to throw it to you. How do you feel about the way Xbox has evolved its strategy over the last decade? Are you excited about the future of Xbox, or worried? Is Spencer the best voice to be leading the team over the next generation?

My tinfoil hat conspiracy for PS5 is that the specs are lower than Series X and Sony needed to go back and redo the message they want to pitch.
They will push 1st part games, and push what is coming for 1st party, but I really think they have a smaller CPU number (and we all know it is for marketing but bigger always sell) and have nothing to really match backwards gaming like Xbox does right now.
And I really feel that Sony is behind in cloud gaming, granted, not a big selling point now, but still a part of the future that gamers are going to want.
I really feel that all 3 companies are going in different directions right now for the first time ever.
I think Microsoft is looking at the true end of console generations and instead getting ready for streaming games, and letting gamers play where and when they want.
Sony is keeping to what brought them to the dance and fell that gamers still want what it has always been, new generation, new games, old stuff is dead.
Nintendo… well they are doing what they want to do and that is keeping gamers play couch coop, does not feel that online gaming is a must, and that they are the only game in town.
All 3, doing different things, and doing what works for them.
I am looking forward to getting a Series X, and keeping within the Xbox ecosystem, but at the same time I hope that all 3 keep pushing for better competition instead of going in 3 different paths and not pushing each other to do better.