A free prologue quest for the Greymoor expansion of The Elder Scrolls Online begins today, with the full expansion releasing for consoles later in the year.

The Dark Heart of Skyrim is the latest year-long themed adventure for The Elder Scrolls Online. It began earlier in the year with Harrowstorm, which was a smaller piece of DLC; Greymoor itself, as a full expansion, is one of the biggest components of the Dark Heart of Skyrim. Although Greymoor doesn’t release for PC until May 18th, and until June 2nd for consoles, the first prologue quest is live today for all platforms.

“Skyrim needs heroes! Descend into the Dark Heart of Skyrim and defend Tamriel against a new supernatural threat… Join Lyris Titanborn in investigating the foul machinations of the Icereach Coven and uncover a deathly plot that threatens to consume the home of the Nords.” The free Quest Starter — Prologue Quest: The Coven Conspiracy — is found in the in-game Crown Store. Greymoor is still available for pre-order, and the various editions include digital content such as the Holdbreaker Warhorse in-game mount. 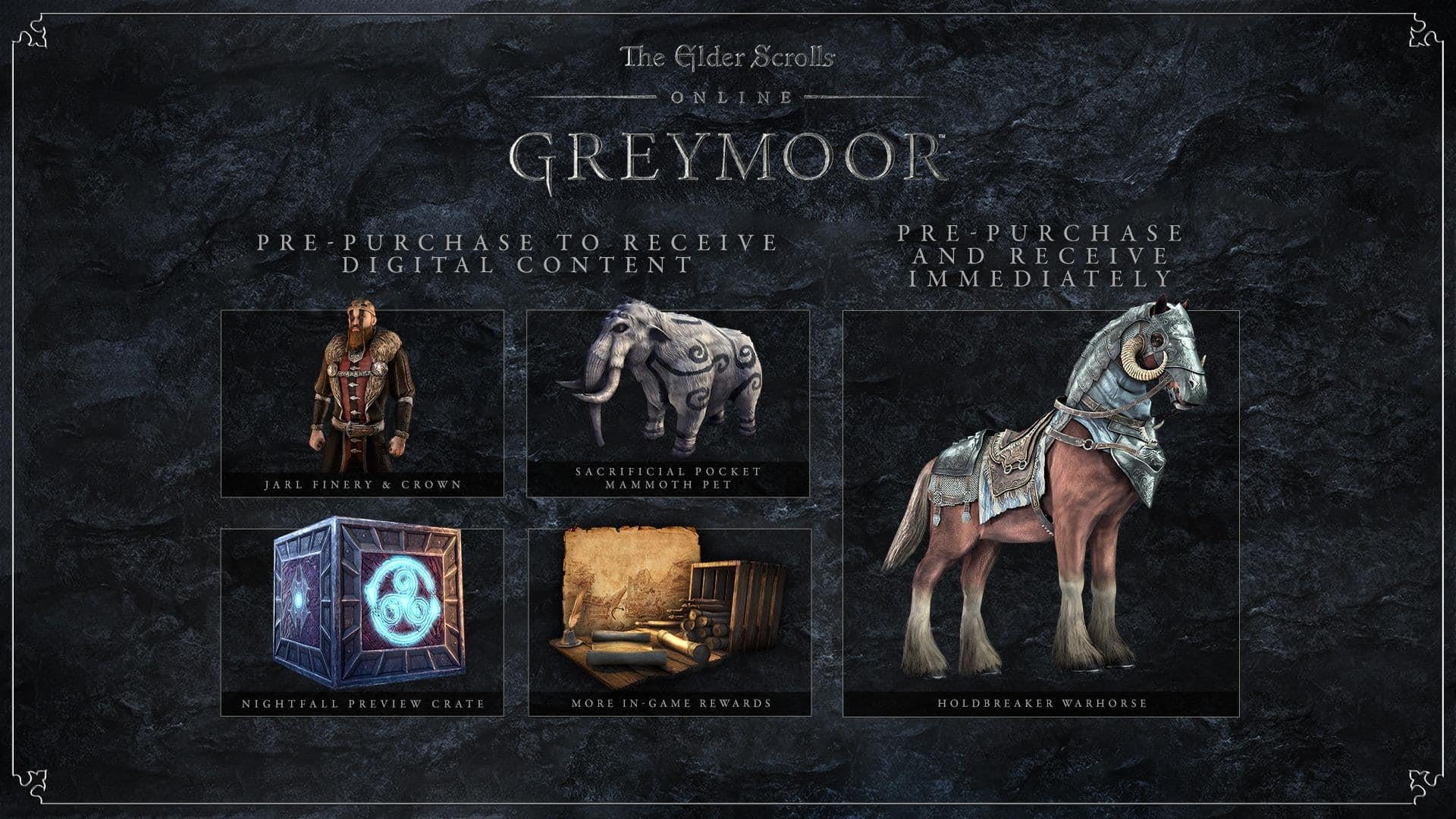 The Dark Heart of Skyrim will continue beyond Greymoor, which releases on June 2nd for Xbox One.

Got the quest from the cash store (free). Haven’t started it yet.