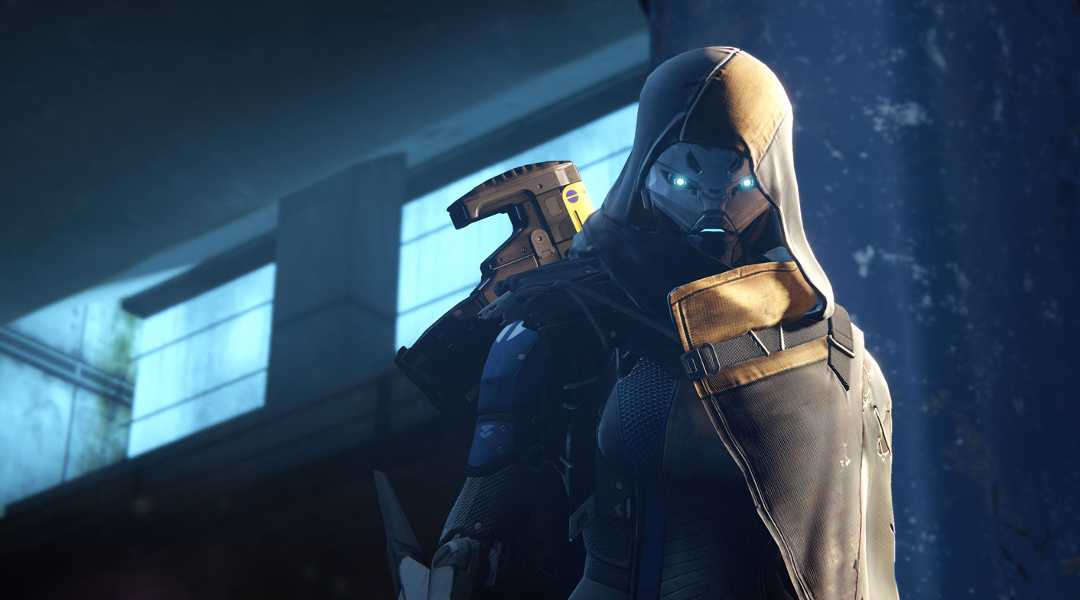 After four years and endless speculation, the identity of Destiny's mysterious Exo Stranger is finally revealed via Warmind's Rasputin in-game and IRL puzzle.

One of Destiny‘s greatest mysteries has been solved with the release of the Destiny 2 Warmind expansion. The character known as the Exo Stranger played a major role in the original Destiny, but due to the negative response to the game’s story, many plot threads were abandoned. The Exo Stranger being one such thread. Destiny 2 director Luke Smith would even go on to say the Exo Stranger wouldn’t be revisited. That decision appears to have been changed, as the Exo Stranger has now been revealed as Elsie Bray.

The Bray family ran the Clovis Bray science facility on Mars during the Golden Age when the Traveler wandered the Solar system, which ties into Destiny 2 in Warmind. Elsie Bray was a member of this prestigious family. In the original Destiny, all that’s mentioned of Elsie is that she designed the ship known as the Eon Trespass — and that she disappeared three years after its creation. Elsie’s fate is left unknown until Ana draws the player back to Mars in Destiny 2‘s Warmind.

In the Warmind expansion, Lost Memory Fragments are hidden throughout Mars. As players destroy more and more of them, they’ll be rewarded with items with text that make it clear that the memories belong to Elsie. She mentions studying the Vex, working on a time travel device, and ultimately having to delete and hide away her research so it wouldn’t be used by her family. Her notes are logged as a “Countdown to Divergence,” though it’s unclear whether the Divergence implies her becoming an Exo (another of the Bray family’s technologies) or beginning her travel through time. But this is clearly when Elsie stepped out of her role as an engineer for the Bray family and into her role as the Stranger.

Next, there’s this lore entry for the Eon Drive sparrow:

“I’d forgotten what this place looks like. It feels like only yesterday I had a badge and a desk. Not a lot survived, but somehow this old thing is still around. If you’ve come this far, we have a lot in common. You feel that same drive to see something through to the end, don’t you?

I’ve never been the sentimental type, but at this point I’m a stranger to my own nature. It just feels right that I’m back, for now. By the time you read this, we’ll have just missed each other. I’ve run the simulations, and I can’t stay. Not yet.

Take care of her for me.”

Note the use of “stranger” there. And this pairs well with another lore entry for a different Sparrow, the G-335 Anseris Overdrive which is an entry that explicitly references Ana, is clearly written by Elsie, and references the above sparrow:

“I’ve always used science to create art, whereas Ana applied art to science. I couldn’t have finished that sparrow without my sister’s help. The original prototype is long gone, but I’ve held on to one of the final models. It won’t be of much use to me where I’m going, so I leave it to you.”

And then reference the above when reading the final message from the recently solved Rasputin ARG puzzle, which ended up leading to a real-life treasure in New York:

“Thank you for taking the time to piece together this message, friend. The time of our final conflict is drawing closer and you and Ana have an important role to play in the events to come. So watch over her, Guardian. I would have no life without Ana or the exoprogram. I regret that we have become strangers, but we each have a path that we must walk. And, ironically, there never seems to be enough time. Tell her, Rasputin’s first attempt was in the right location, but the wrong moment. Look here: 43.549573, -73.544868 – e”

Again, there are references to Ana, Exo and the word “stranger” again.

When taken into consideration along with the other memory fragments hidden throughout Mars, Rasputin’s chambers, and the various Bray facilities, it’s clear this message is from Elsie. That she signed the message with an -e only makes that clearer.

There are other clues hidden throughout Warmind that further cement that Elsie is the Exo Stranger. There’s flavor text on items that feature Elsie reflecting on her past working with her family, or reflecting on the technology she has made. Her name isn’t used beyond the “-e” signature, but several references are made to being a “stranger.” It’s clear that developer Vicarious Visions didn’t want the connection to be overt, but collected and laid out it’s undeniable.

In Destiny, the Exo Stranger spent the campaign guiding the player character from mission to mission. She ultimately led us to the Black Garden to face the Vex and a manifestation of the Darkness. Afterward, the Exo Stranger disappeared entirely, never revealing her secrets — her history or her plans for the future. It has taken four years for the Exo Stranger to once again be acknowledged, in Destiny 2‘s Warmind expansion. Let’s hope it won’t take another four years to hear from her again.

So there you have it… @destinyplayers everything makes sense now

they just cant tell a story

This will help explain the above…super cool imho