Superheroes are the worst … at least in The Boys season 3, which is currently filming new episodes. We’re very curious what’s next for The Seven and how the supe group will change in Amazon Prime Video’s dark superhero drama. The Boys cast members are posting photos of themselves back to work, and one recently revealed season 3 will be three times as bloody as before (and we’ve already seen exploding heads!).

The Boys has been a hit since it premiered in 2019 and season 2 just made it more popular. There’s even a spinoff series in the works. The Boys season 3 received a renewal even before the second season premiered. Last summer, Kripke said in a statement, “Amazon, in a bold and historic push to expand their ‘weirdo’ demographic, has greenlit The Boys! The writers and I are hard at work in the (virtual) writer’s room and we’re sad to say, the world has given us way too much material.”

Just what might that material entail? Fans are eager to find out and see what happens to Homelander (Antony Starr), Billy the Butcher (Karl Urban), Hughie (Jack Quaid), Starlight (Erin Moriarty) and others.

Here’s everything we know so far about The Boys season 3.

The Boys season 3 does not have a release date yet.

Filming has begun on the season, as evidence by several of the cast members posting photos on social media. In his post, Karl Urban mentioned the health precautions that are in place on set, due to the ongoing coronavirus pandemic.

Cast member Laz Alonso told Collider in late April that filming is “between one-fourth of the way through and halfway through.” That indicates filming on season 3 could last until the fall.

Once wrapped, post-production could last for months as The Boys is heavy on visual effects. The first two seasons premiered 10 months after filming concluded.

So, if The Boys season 3 filming finishes in September or October 2021, it’s possible fans won’t see the episodes until June 2022 or later.

And, yes, there is no trailer (yet) for The Boys season 3. Of course, a teaser previewing the plot could drop to reveal the release date, but it’s too early for a full trailer, since the production is still under way.

If filming wraps in September, it’s possible Amazon drops a teaser trailer at New York Comic-Con, which is taking place (in person) Oct. 7-10. Crossing our fingers!

From the on-set photos posted, we can deduce that Urban, Quaid and Moriarty will be back along with main cast members like Antony Starr as John/Homelander, Dominique McElligott as Maggie Shaw/Queen Maeve, Jessie T. Usher as Reggie Franklin/A-Train, Tomer Capon as Serge/Frenchie, Karen Fukuhara as Kimiko Miyashiro/The Female and more.

There will also be at least two new face when season 3 of The Boys premieres. The latest addition to the cast is Katia Winter (Dexter) as Little Nina,

image970×545 48.7 KB
who has worked with Vought and used a version of Compound V to make new supes. Jensen Ackles of Supernatural fame is also set to appear in the series as Soldier Boy. This character has been referred to on the show in the past and has been described as "the original Superhero.”

The latest photo from the set of The Boys season 3 shows that new addition Jensen Ackles has had a bit of a shave. Is this his new look as Soldier Boy? Only time will tell.

Supernatural star Jensen Ackles is arguably the biggest addition to The Boys season 3 cast, and he started filming for the season on the week of April 19. The above photo he shared (which we assume is tied to his character) teases that Soldier Boy may need a haircut.

The Soldier Boy character, as we learned from Mr. Edgar (Giancarlo Esposito) in season 2, was one of the soldiers who was (apparently) a recipient of Compound V during World War II. But unlike Stormfront, Soldier Boy was fighting on the Allied side, as Frederick Vought had already switched sides.

Soldier Boy, it seems, would be a big riff on Captain America. Or at least that’s how he was portrayed in the comic books. There, he led a group named Payback, the team that pre-dates The Seven. His group included Crimson Countess, Eagle the Archer, Tek Knight, Swatto and … Stormfront.

In his interview with Collider, The Boys’ Laz Alonso (who plays Mother’s Milk) noted that the addition of Soldier Boy enables The Boys to make “all of the other ensemble Supes darker as well.”

Ackles, fresh off of a 15-year stint leading Supernatural, jumped at the role, according to The Boys showrunner Eric Kripke. Specifically, “He texted me back in three minutes and said, ‘I definitely want to do this!’” And Ackles was signed on in the next week.

The latest set photo from The Boys season 3 teases a reality show dubbed “American Hero,” at play. The site Insauga shared a photo of a $50 million mansion in Mississauga, Ontario, with a billboard that says American Hero at the top.

Another leak shows that the “Dawn of The Seven” movie is finally hitting theaters.

Antony Starr has reported for duty and put on the Homelander boots, as evidenced by this tweet:

Eric Kripke posted the first photo from the set of The Boys season 3. It’s not very revealing, though it is a bit titillating. The photo depicts a gold statue of Homelander and focuses on his, uh, package. 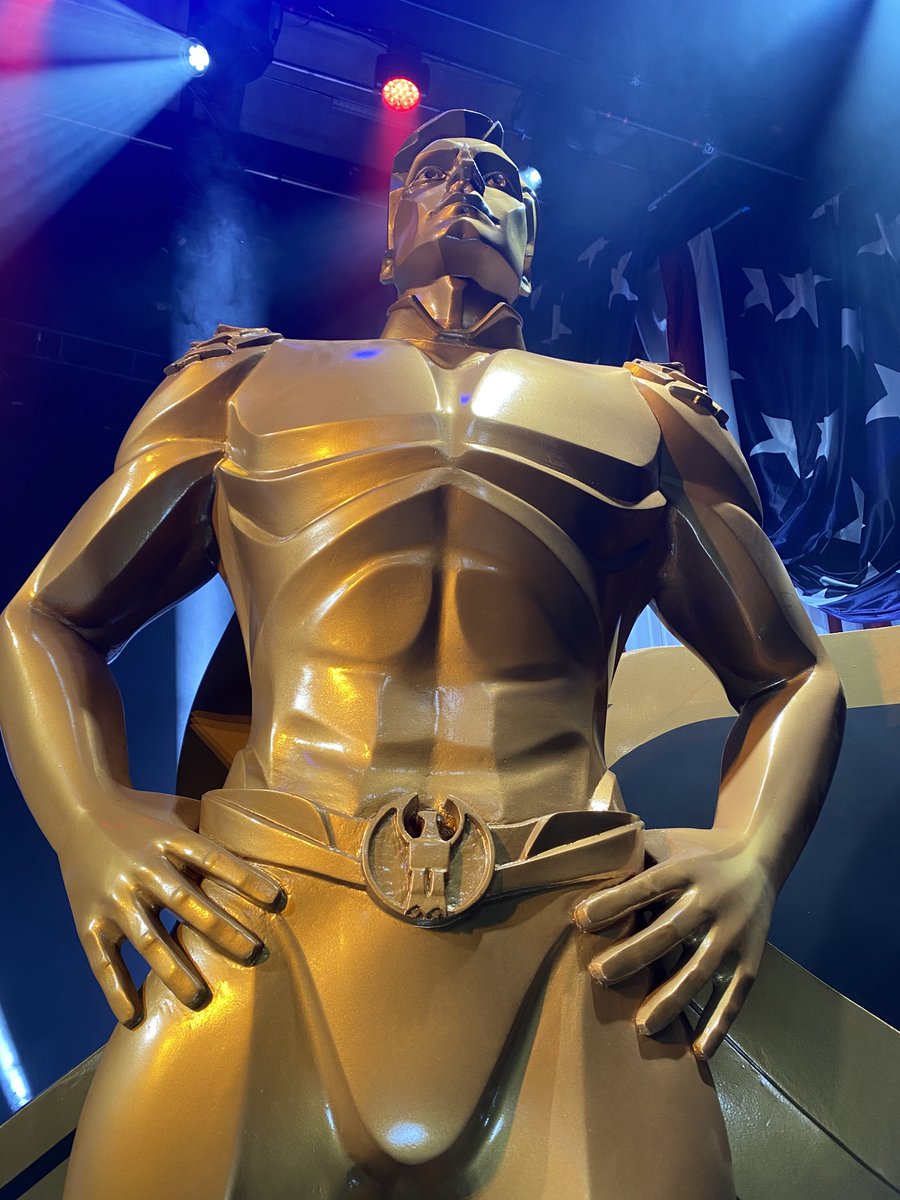 If anyone’s offering you a The Boys season 3 trailer? Do not trust that link, it’s about as sketchy as a stash of Compound V from A-Train. We’re so far from production of the series that anything on YouTube claiming to be a trailer of the new season is probably just a fan-made clip.

Last fall’s finale of The Boys ended with some stunning revelations about Stormfront (Aya Cash). She turned out to be a Nazi and the wife of Vought’s founder.

Season 3 will continue to explore the origins of Vought as well as the Seven. As we noted above, Jensen Ackles has been cast as Soldier Boy. He was part of an original teamed called Payback, whose members included Stormfront, Eagle the Archer, Tek Knight, and Chrimson Countess

“One of the reasons that we’re getting into Soldier Boy [in season 3] and that team, Payback, is we’re interested in exploring a little bit of how we got here,” Kripke told Entertainment Weekly. “Through the history of the supes, we can tell a little bit about the history of America and how we ended up in the current fraught position that we’re in. Soldier Boy gives us an opportunity to do that.”

That “fraught position” is one where white supremacy and violence still exist and people continue to try to fight back — and it’s become even more fraught since Kripke discussed it in October.

“Certain politicians like to pitch this somehow idyllic ‘good old days’ where everything was perfect and calm. That is complete and utter bulls—,” Kripke said. “It was never that way. So, by exploring the history of Vought in the history of America, we get to make some of those points. There was never an America when they say ‘Make America Great Again.’ It was always a struggle. That’s the point. It’s a struggle to make things better.”

One thing we can definitely expect from The Boys season 3? There will be blood.

Laz Alonso, who plays Mother’s Milk, told Collider] that this may be the most violent season yet — and that’s really saying something.

“I was talking to the head makeup artist and she’s in charge of ordering the blood — that’s one of her many jobs,” he explained. “She told me that all of Season 2… When you talk about bulk, I don’t think they used over a gallon of blood in Season 2, believe it or not. Season 3, we’re already at three and a half gallons of blood. So that should give you a little indication of where it’s going.”

The Amazon superhero series The Boys is a show that’s known to push the boundaries of what’s allowed on television, largely relating to its depiction of graphic violence and bloodspatter, but The Boys Season 3 may push things even further. Showrunner Eric Kripke took to Twitter recently to note that Season 3 will be tackling a storyline that people have been daring him to adapt since Day One: “Herogasm.” 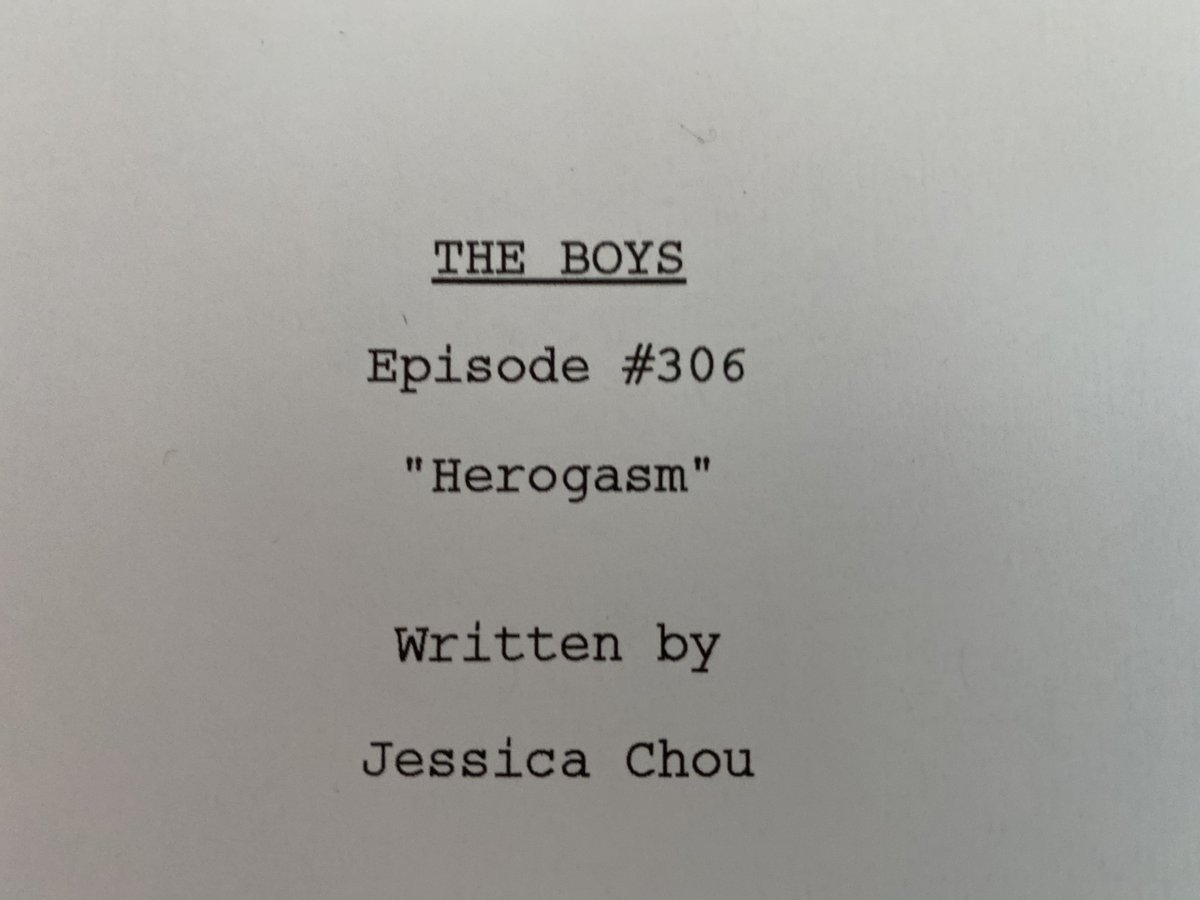 “Herogasm” was the first of the comics’ standalone miniseries to run, as it found The Boys sneaking into Vought’s secret annual party known only as “Herogasm.” As it turns out, the event is really just an entire weekend of debauchery on a secluded island resort, packed with sex and illegal drug use.

The comics panels from this story arc are salacious to say the least – so much so we can’t show them here. But suffice it to say The Boys may hit its TV-MA rating limit when this episode airs on Amazon, depending on how far Kripke and Co. push the boundaries. Keep in mind this is a show that introduced an extremely long and protruding, uh, member in Season 2. As a goof.

But The Boys has also never been one to be a straight adaptation of the comics, which is what makes it so refreshing. Sure Kripke and the show’s writers take inspiration from what happened in the source material, but they’ve done a terrific job of making the show their own, and expanding and creating new storylines for beloved characters.

So how deep will “Herogasm” go? Will Amazon force the show to pull its punches? All will be revealed soon enough, but for now we can rest assured that when The Boys Season 3 finally airs, there is one very specific episode that will be for Adults Only.

Nice find! And a spin off? Do tell!

Brockmire alumna Reina Hardesty is set as a lead in Amazon’s college-set spinoff of The Boys , which is nearing a formal green light.

Written by The Boys executive producer Craig Rosenberg, the Untitled The Boys Spinoff is set at America’s only college exclusively for young adult superheroes (and run by Vought International). It is described as an irreverent, R-rated series that explores the lives of hormonal, competitive Supes as they put their physical, sexual and moral boundaries to the test, competing for the best contracts in the best cities. Part college show, part Hunger Games — with all the heart, satire and raunch of The Boys.

Based on the bestselling comic by Ennis and Robertson, The Boys is heading into its third season on Prime Video.

Hardesty recently starred as Brockmire’s daughter in the final season of IFC’s acclaimed series Brockmire opposite Hank Azaria and Amanda Peet. She was cast as the lead in the First Daughter-themed CW pilot Maverick for Fake Empire, which was shuttered by Covid. Hardesty has recurred on The CW’s The Flash , DC’s Legends of Tomorrow, and Crackle’s StartUp. She’s repped by Gersh, Authentic, and Matt Rosen at Goodman, Genow, Schenkman, Smelkinson & Christopher.