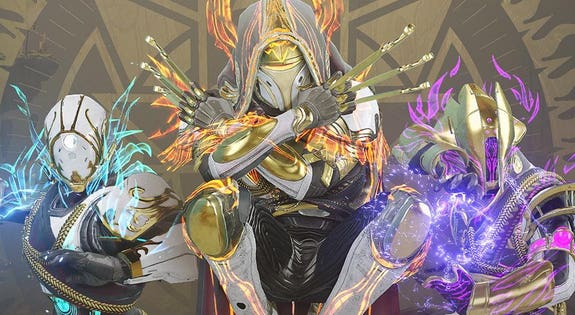 Destiny 2's Solstice of Heroes event is here. This is what you need to know to avoid making mistakes along the way and wasting your time.


It’s not a sequel, expansion or even DLC, but it’s a month long event with a metric ton of challenges attached to it, so yes, I wrote this kind of article about Destiny 2’s Solstice of Heroes event.

I am still kind of barely scratching the surface of this massive grind, maybe halfway through the blue set to get my first legendary set, and yet I’ve probably put more time in than 95% of the playerbase so far all the same.

As such, I have learned a few things about Solstice of Heroes, some of which I discovered myself through gameplay, other things that were suggested to me. All of it, I hope, will be helpful to you to avoid some of the mistakes me and others have made.

Here are ten things I wish I knew when I started Destiny 2’s Solstice of Heroes 2019.

1. You Do Have To Be Wearing Armor To Get Credit For Its Challenges

This is how things were last year, but it’s worth a reminder that whatever gear you’re doing a challenge for, that gear has to be equipped for the challenge to count, outside some of the Masterwork stuff. But this is especially important when you’re doing things like hitting milestones or turning in bounties for some later challenges, as even stuff like that, you need that gear on or it will not count. If you are not doing a challenge for gear in an activity feel free to switch out gear to your usual loadout or exotics in that slot, you will still generate orbs. Also, minor reminder, you need to complete all challenges on all pieces of gear before you can upgrade the whole set at once.
2. Save All Non-Solstice Bounties Until You Get Your Blue Gear

One of the longest challenges in this entire event is one you get for the blue helmet, which requires you to complete 50 bounties. These are any bounties, not Solstice bounties, so turn in your five for that green gear challenge, but then start getting, completing and saving any other bounties you can in order to make this step easy once it arrives. Also, Eververse bounties do count toward this as relayed to me by reader @DeFlanko. Kind of related to this, also try to save some milestones as you need five of them (daily or weekly) for the blue set as well.

3. Some Masterwork Stuff Should Be Retroactive, Some Should Be Doable Post-Event

I am seeing people worried about some of the Masterwork challenges. For some of these, there are things you should know. If you have maxed valor at all in season 7, it will count for that one retroactively. For the two-man Shattered Throne, you should be able to do this even after the event is over given that it’s only going to be active for a single week during this event. I believe any of these steps can be done after the event ends, other than possibly the season 7 valor one.

4. Swords Are Your BFF In The EAZ

Swords, what are they good for? Usually nothing, but in a zone that requires jumping a lot and killing big lumpy boss enemies quickly, they’re actually surprisingly good. Depending on your preference, third person sword jumping can make rooftop traversal fun, and with their stacks of ammo, they are great for carving up minibosses. They also synergize well with both the solar bonus (fire aura in melee range) and arc bonus (increased melee damage). Highly recommend.

5. If You’re Not Getting Credit For Some Challenges, Try This
A few of the challenges have some issues with their listings in the game. Something might say “Cabal kills” or “strike kills” yet you find yourself not getting credit for them. What the game is not telling you for some reason is that you need to be matching that day’s event element to get credit for some of these kill challenges. Pretty much all the ones that aren’t about orb collection. So just be careful you’re not wasting your time. 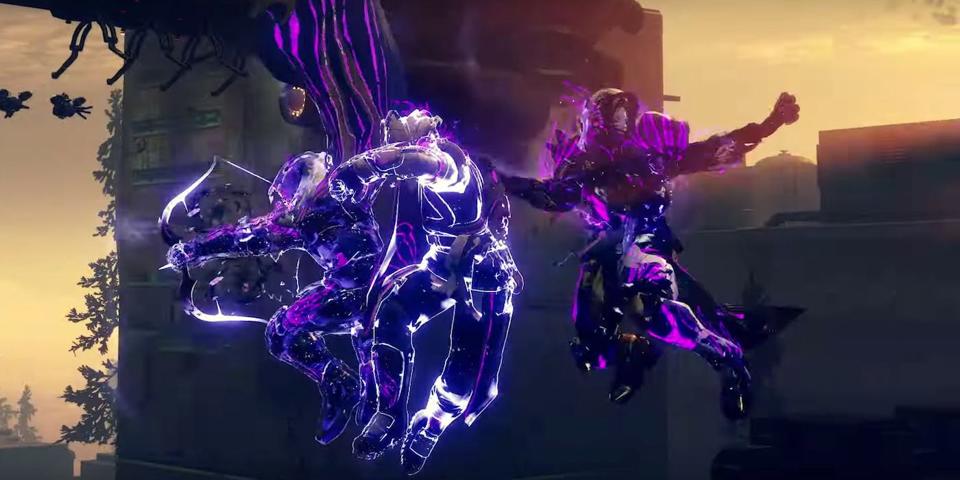 6. Grab A Fireteam For Some Of The Orb Challenges

There are some challenges that require you to collect specific element orbs in strikes or Gambit or what have you. I was getting maybe 60-70 arc orbs from strikes playing with randos on my Hunter for a challenge that required 500. On a whim, I made a Bungie.net app fireteam asking for arc players only to run strikes with. I got two people and I literally got 400 orbs in two strikes with everyone running Riskrunner and arc subclasses. Try it, more people are in your shoes than you think.

7. You Really Don’t Need To Worry About Key Fragments At All

I have heard that people are tee-heeing that they have discovered that you can AFK Forge farm Key Fragments as well as planetary mats. That’s great, but a huge waste of time and your energy bill, as if you are doing these challenges, you will be doing a million Crucible matches, Gambit matches and Strikes that give you 12-17 per activity, and 5 per public event, among other sources like bounties. You will be drowning in more Fragments than you know what to do with until you start hyper farming the EAZ so you actually have boxes to open. It’s really not worth AFK farming or cheesing to get Key Fragments, trust me.

8. Do Not Open Event Caches Until After You Have The Legendary Set

Sent my way by reader @JCVertuan after I asked for suggestions, this is one that I definitely didn’t know and would have screwed myself on. As it turns out, the event caches, the boxes you open with keys, end up having a chance to drop differently rolled versions of the legendary Solstice armor once you have unlocked the full set. Now, I don’t know how good those rolls will be once Shadowkeep hits, but regardless, better to save the caches to try for some good ones, or else you’re only getting random old junk as always. So open the 10 caches you have to for the green set challenge, then save all the others until you have the legendary set.

9. Yes Your Paid Armor Glows Are Staying For Year 3

Bungie has said any armor glow you buy will still work on this armor when it gets changed over to the Year 3 version this fall with Shadowkeep. So spend that dust and silver if you want.

On first glance, some of these challenges to upgrade the armor seem stupidly long and annoying (25 EDZ patrols! 200 void grenade kills!) but we have to keep in mind that this is an event designed for a full month of play, not like, four days. I am not one to talk as I am barreling through this like it’s my job (and it is), but you really should just space things out if you have the patience to avoid burnout because let me tell you, it sets in fast with objectives this dull.

See you out there. Gimme some orbs.