Throw all of your Star Wars The Last Jedi thoughts and news here. 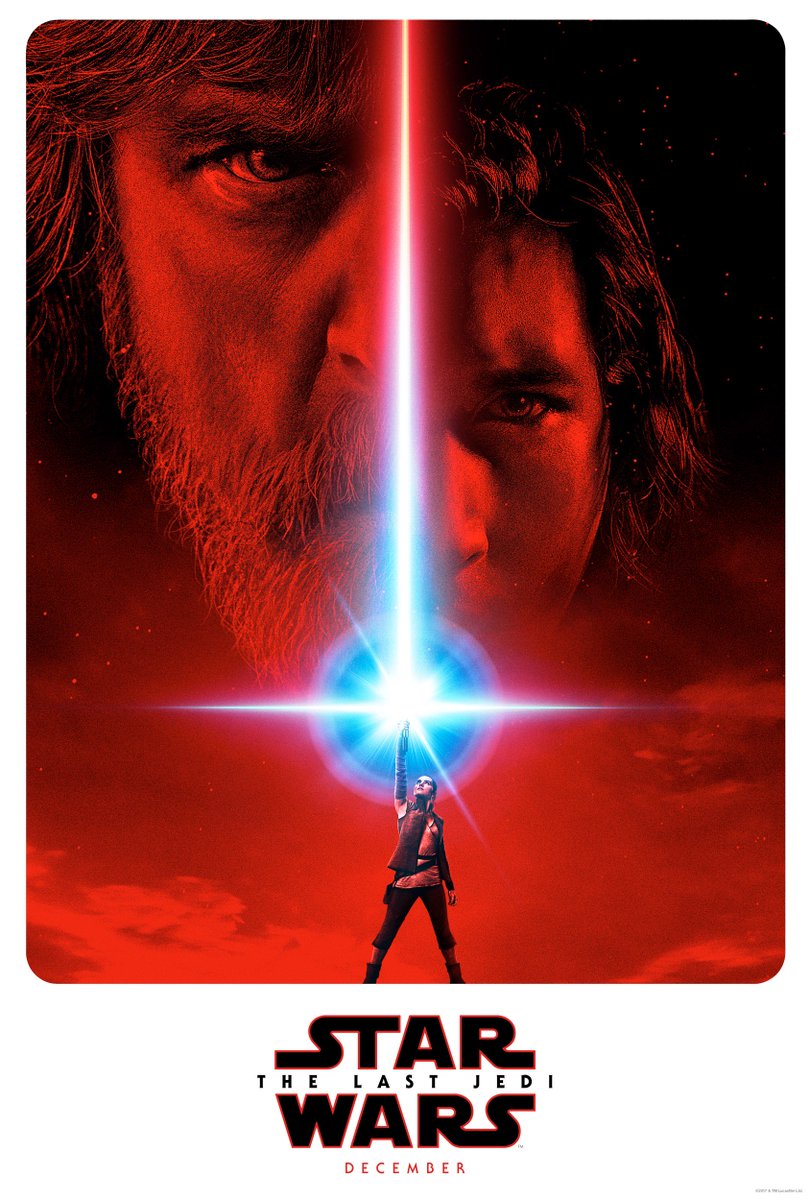 That teaser poster makes me wonder if Rey is that mythical one to bring balance to the Force.

Goosebumps from that trailer.

Havent been paying attention to star wars…is this one a remake or new story? I thought there was already a jedi title?

My thought is on the latter. They focus on the ancient books which could mean that luke is going back to the origins of what force users stood for. He is speaking to the way the jedi operate now is dead and that possibly need to go back to way it was.

Not only that, but if you think about how the Jedi were “priests” and weren’t allowed to have relationships, it’s why Anakin eventually turned to the dark side. The underlying aspect was his love for Padme. If they give up that aspect of the Jedi way, they could repopulate quicker as the bloodlines could be stronger.

I always thought Lucas fucked up by turning Jedi Knights into celebate Vulcans. He made them boring and uninteresting.

Lmfao @Lala_Calamari. ! It’s simply that jedi are extinct in his mind bc he failed in trying to teach kyle when he was younger… and rey isn’t jedi yet so in essence jedi are dead bc he renounces himself as a jedi as he failed in teaching… my take anyway

I think it means that the old order and ways of the Jedi need to end. Let’s face it…the Jedi weren’t exactly run well especially leading to Palpatine’s emergence. The priest like ways, their unwillingness to bend on old traditions, and how they treated Anakin through his training left a ton to be desired. The old methodology was almost cult like, and I think Luke sees that has to go. It failed with Anakin, and I think we’re going to find it failed with Kylo Ren. Chewie with the glasses is the best!

New behind the scenes. Is it December yet?

After LucasFilm fires Colin Trevorrow from Ep IX, they have now confirmed that JJ Abrams will return to write and direct Ep IX.