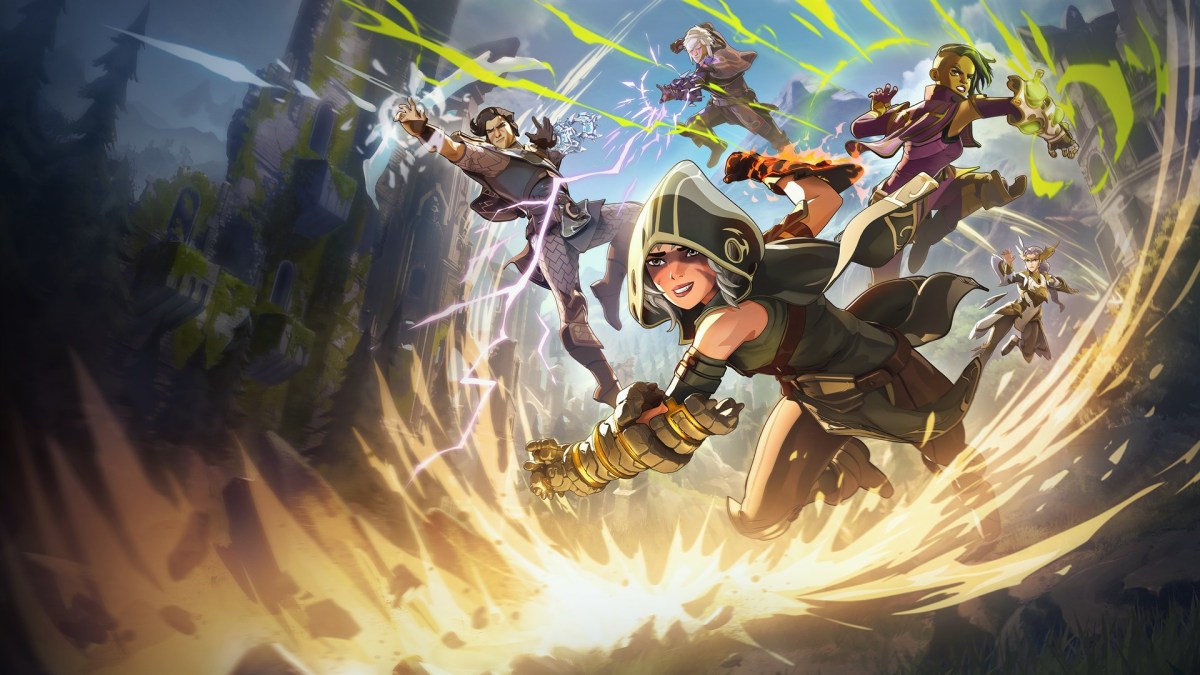 Anyone hear about Spellbreak? It’s a new BattleMage Free to play, Cross Play Battle Royale. It just came out today. Hell, it’s free so I’m going to check it out. It’s also available on every platform, even the Switch.

Spellbreak is an epic fantasy action spellcasting game where players fight to become an all-powerful battlemage. Weave spectacular spell combinations, craft strategic builds, and master your environment as you dominate the Hollow Lands.

The lines are ever fading and the opportunity for players to join others from lands afar is getting closer by the day. Yep, we may primarily be an Xbox focused site, but in our eyes the sooner the stupid format wars things ends, the better. And with the arrival of Spellbreak on Xbox One, PS4, Nintendo Switch and PC, the joy of cross-play and cross-progression systems is coming to the fore once more. And we salute the team at Proletariat for doing so.

Available right now as a free-to-play title that is available to grab from the usual stores for Xbox One, PS4, Nintendo Switch and PC via the Epic Games Store, Spellbreak is a Battle Royale experience with a twist – MAGIC!

Installing now…will be giving it a shot this morning for sure.

r/Spellbreak - A guide to everything new players need to know!

What’s up new people, welcome to the Spellbreak community! I’m MARCUSakaAPOSTLE I’ve been playing and creating Spellbreak content for over a year and a half. I love the game. I know Spellbreak is a bit different from most games and has a learning curve, so I wanted to help you guys out with some of the basics. If reading isn’t your thing, I’ve got a bunch of guides and gameplays on my youtube and am open to questions on my twitch. I’ll link those at the end of this post.

Gauntlets: These are the weapons in Spellbreak. You can equip one to each hand. Each gauntlet utilizes a different element and has both a primary and secondary attack. For instance, the fire gauntlets primary shoots fireballs and its secondary casts a flame wall. Your primary attack uses mana, which is basically ammo, your sorcery doesn’t use mana but has a cool down after you cast it. Your sorceries can be used for damage but can also be super useful defensively if used right. Each gauntlet has an effective range, so be sure not to be using toxic (shotgun) long range or ice (sniper) close range. The higher the rarity of the gauntlet the more damage it will do and the less mana it will use per shot.

Combinations: The Elements in Spellbreak have a possibility to combine. Elements will combine with your own or your enemies attacks. The most commonly used combination is dragon fire, the combination of fire and toxic. You can create dragon fire by combining a toxic sorcery and a fireball/flamewall, a toxic primary and a flame wall, or a toxic puddle and fireball/flamewall. Dragon fire is green flames, they do a lot of damage so avoid it at all costs. There’s a bunch of different combinations that each have their uses, not everything is meant to do huge damage so test out your combos don’t just expect them to devastate everyone near it.

Movement: Possibly the best part of Spellbreak. First off, your levitate uses mana so be careful because you are trading your ability to attack for a bit of movement. Try to levitate as little as possible to conserve mana. Your movement is your best defense, if you want to be effective in Spellbreak, fluid movement is just as important as being able to aim.

Runes: You can hold one rune which gives you an ability on a cool down. Generally the bigger the ability, the bigger the cool down. For instance a dash rune will cause you to dash and a flight rune will allow you to fly. Dash is a smaller movement but its on a much shorter cool down than flight. The rarity of the rune will effect its cool down. A common dash has around a 10 second cool down and a legendary has around 5 seconds. Its pretty unanimous that the shorter cool down runes are more effective in combat (i.e. dash, shadowstep, spring step). There are other non movement runes like wolfs blood which allows you to see enemies through walls but the movement runes tend to be the most useful.

Classes: Your class is directly attached to a specific element. If you pick a class you will spawn with a common rarity of that classes gauntlet. Pyromancer gets flame, toxicologists gets toxic, etc. You will get buffs that are tied into that gauntlet as you level through each game. You start with a passive ability at level 1 and whenever you reach a new circle you level up and unlock your next ability.

Talents: This is your build. You have 6 points that you use to buy talents. Each talent can cost between 1-3 points. Talents are spread into three categories mind, body, and soul. You can pick one talent from each category. Basically talents will buff you in some way. Use these to allow you to play Spellbreak exactly the way you want to play. You can have a different set of talents for each class so your talent build will be tied into what class you pick.

Welcome to the Spellbreak community! Nearly everyone you will meet here is friendly and helpful so don’t be afraid to pop your head into a stream and say hi!

Played a few matches, and this’ll likely be some fun in squads. Pick up teams so far have been really hit or miss, and if you try to solo even two people, you’re done.

looks interesting, I’ll check it out at some point here

I like it so far, and will probably play from time to time. I love the cross platform part of it and that helps to make it so everyone can play together.

I love the cross platform

Big feature. Love that game companies are doing this. Making our lives easier. Pick a game and play with whoever!