Zombies will be adding the pause feature back into the mode.

Treyarch announced in a Tweet that the game’s Zombies mode runs completely on dedicated servers, which is a major, positive step forward for fans.

But it was also added that they will be “adding Server Pause as a post-launch feature, so be sure to pull up the options menu to extend the timer if you need a quick bio break.”

@Treyarch
Update: All #Vanguard Zombies lobbies (Public, Private, and Solo) will run on dedicated servers starting at launch for the smoothest experience possible!

@Treyarch
This will also result in shorter kick times for inactive players while we work on adding Server Pause as a post-launch feature, so be sure to pull up the options menu to extend the timer if you need a quick bio break. Remember to stay active out there!

It’s wise to follow Treyarch’s advice too as if players remain idle for too long, then the game will indeed boot the player out to the main menu.

There’s been no real explanation as to why Treyarch made this decision, but it looks like it shouldn’t be an issue for too much longer.

Until they nerf it - use Forward Intel. 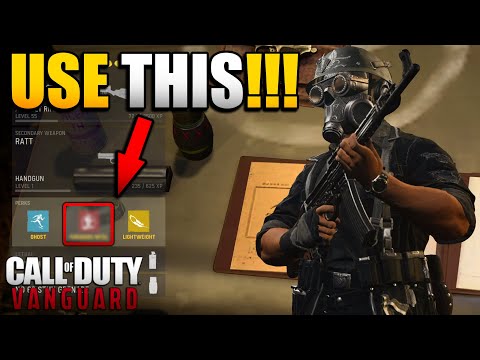 Be sure to use attachments that improve accuracy.

Bloom is a mechanic in some shooters where bullets don’t go exactly where you aim, often getting more random as you keep on shooting, blooming like a flower.

It’s always been in Fortnite, but thanks to studies from CoD YouTuber TrueGameData, we know that some of Vanguard’s weapons include a bloom mechanic.

TrueGameData explained that SMGs are affected by bloom the most, with ARs and SMGs being less affected. Snipers don’t seem to have any bloom mechanic at all, though.

Through Vanguard’s extensive Gunsmith system, there are certain attachments that will reduce bloom and make your guns more accurate.

How to minimize bloom in CoD: Vanguard 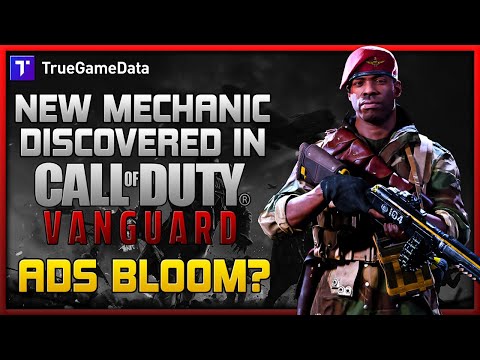 To minimize your bloom and make your weapons more accurate in Vanguard, you need to focus on attachments that affect the Accuracy stat.

Vanguard’s attachments offer both Accuracy and Recoil Control stats. These sound extremely similar, but they’re not. Recoil Control does what it says on the tin, changing how much your weapon climbs when firing. But Accuracy is specifically for the bloom mechanic, either raising or lowering bullet spread.

So, when building your loadout, you want to make sure that the Accuracy stat is positive. If it shifts into the negative, you might find bullets going in random directions, causing you to miss a ton of shots that you have no right to.

This is especially useful when going for the Longshot challenges when grinding for the Atomic mastery camo. SMGs struggle at range as it is, so you want to make sure you’re landing every bullet.

Best Accuracy attachments to use in Vanguard

Using the STG44 as an example, here are some of the attachments you should equip:

As long as your Accuracy stat is in the positive, you shouldn’t have too much trouble nailing long-range targets.

Worst Accuracy attachments to use in Vanguard

Again, using the STG44 as an example, here are some of the Accuracy attachments you should avoid:

Feel free to use these attachments if you’re running a close-medium range build, but be aware that they’ll significantly reduce your long-range effectiveness.