SnowRunner’s first Season Pass update arrives today as part of Season 1: Search & Recover, adding in a new map, missions, vehicles, skins, and more. This is all available to players with the Season Pass, or as its own separate DLC. 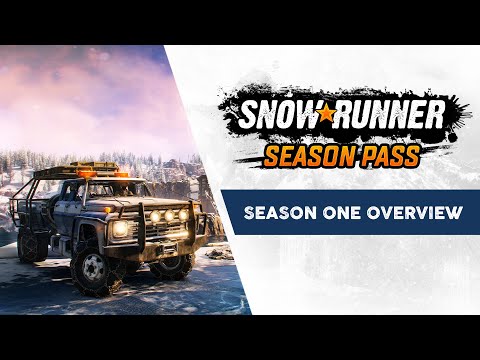 The devs say the new missions take place in Lake Kovd, “the first map in the icy Russian Kola Peninsula Region,” which comes complete with new missions and a snowy new environment. You’ll also get two new vehicles, the TUZ 16 “Actaeon” and the Ford 750 4x4 CrewCab, as well as two new skins, a new main menu background and a new music theme. According to the DLC’s description, Search & Recover will be introduced via three updates over this summer, and these will include another map, more customisation, another vehicle and more skins and missions.

The Season Pass will gradually introduce four phases of new content to the game, each themed and with its own region, starting with this Search and Recover phase. Next up is Phase 2, Explore and Expand, with a new Canadian region, new maps, skins, vehicles, and missions. Phase 3, Locate and Deliver, will be set in Wisconsin, again with new maps, missions, and activities, and the return of the logging activity. Phase 4 hasn’t yet been revealed, but we’ll let you know when the devs share more about it.

It needs the new Bronco!