Sea of Thieves - GRG Thoughts on the game 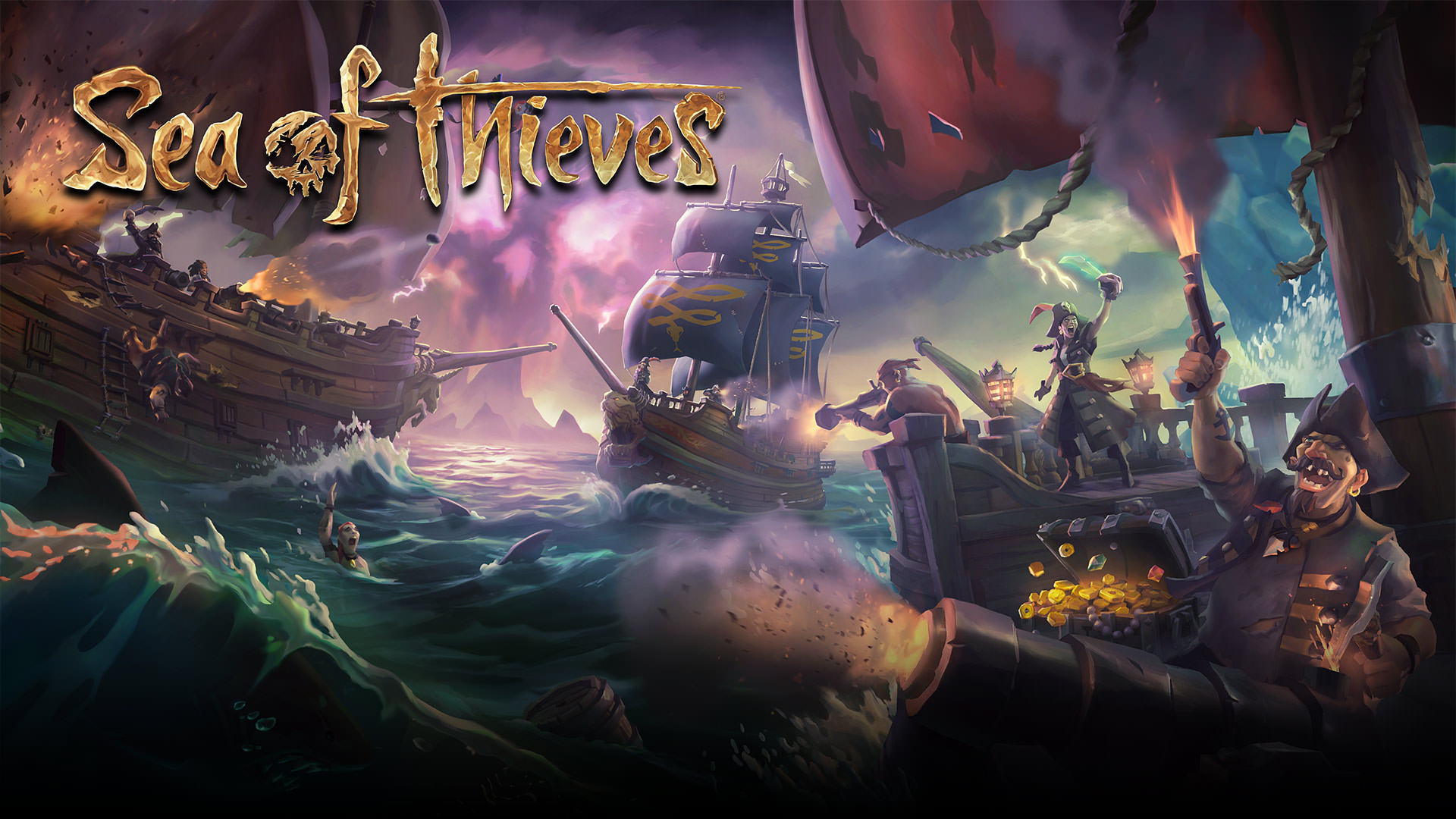 I figured we needed a thread to gather GRG’s thoughts on Sea of Thieves. Are you guys enjoying it? Let us know what you think?

(shameless post to gather research for the next podcast…)

So far I like it a lot, spent about 8 hours on it yesterday and had a blast. I lucked out and joined some really cool randoms that had played the beta that helped me out a lot plus we got a ton of loot. Joined some friends later and we had some good laughs, and raided a couple ships while doing some missions. Wish you got some kind of credit for looting and sinking other folks ships.

I think the game is a ton of fun. The people you play with can make it even better. I can see myself having a couple of play sessions a week with this game.

I do feel like if you are the type that needs real progression you may not like it or get bored. If you can enjoy a game for what it is and make fun with your friends then you should love it.

The water and it’s physics are some of the best I have seen in a game. Storms make me rock hard. I love them. You can even watch the storm clouds form. Sunsets are just drool worthy.

If they can build on what they have and give us new content other than cosmetics I think this game has a future for me. If only to fuck around from time to time. The best part for me is I can take a break and I don’t feel like I am missing out on anything. Unlike many other games out now.

If they can build on what they have and give us new content other than cosmetics I think this game has a future for me. If only to fuck around from time to time. The best part for me is I can take a break and I don’t feel like I am missing out on anything. Unlike many other games out now.

One question, is there no voice acting?

Ill start my thought pointing out that this game is not a hardcore game. Even the raid is something to make a fun event out of. That said, the game is awesome and beautiful to the eye.

Bugs and server issues on the first day are something to be expected. Especially when the beta was a bit limited and now everyone and their mothers are hopping in just because of the free game pass trial.

We have encountered the kraken, a raid, random loot, pillaging other player, fighting other crews, surviving whatever the sea brings. All of this made fun because your approach to whatever youre doing is up to you. You make it fun however you want to. Hell, @anon42851937 shot me from a cannon over an island. That in itself was a laugh.

Its not a game to dig in everyday and put hours on end to. Youlk get tired if you do so but as a GRG night, Monthly event or just for the heck of it… itll be a game where youll always have fun. Also, if they keep progression, which im hoping, how it is… you can spend a month without playing, jump back in and youre on the same level as everyobe. Youll look like a dirty pirate compared to other, yes but I doubt fashion in GRG is a big thing.

All in all, it has been fun and a breath of fresh air just to be able to coop like the old days where everyone would gather around the small tv with their own controllers trying to avoid getting shot by the golden gun. Good times ahead no doubt. Im always in for grouping up and doing some pirate shit even if its just get drunks and puke all over the ship.

Not that I’ve seen.

If that’s the way it is, that’s very disappointing.

Voice acting can make a good game much more entertaining.

Voice acting made Borderlands one of the best games ever.

Voice acting can make a good game much more entertaining.

Voice acting made Borderlands one of the best games ever.

Same for ESO even if they have like 4 actors for every fucking character in game. lol. It still brings about a better immersion.

So far the game has been fun but its not the kind of game you’re going to sink many hours in. At least not me.

I’ve only played maybe 2 hours a night at the most. The islands we hit seem to be small and a bit underwhelming.