Destiny 2 is "fixing" Wish-Ender, meaning its damage is coming down to make the bow irrelevant again. Use it while you can.

It’s been a while since we had a This Week at Bungie news dump, but since this is the first one back from holiday break, it was pretty light on substantive info. The biggest in-game news was that the EDZ obelisk is going to get fixed and so will the flashing Eververse icon. The biggest out-of-game news is that Bungie will be doing a fundraiser for the Australian wildfires which will involve a special shirt and emblem. Very cool.

Less cool? That would be one item that was not in the TWAB at all, but is probably the most significant development. On reddit after the fact, community manager DMG confirmed that one of the most fun bugs of this season, the hyper-damage Wish-Ender, will be fixed in a patch next week, likely at reset:

“This will be fixed in next week’s update. I fully understand this will bring some negative feelings to players, as they enjoyed the unintentional increase to damage. We’ve brought this feedback to the team, which could be considered for future updates when looking at Bows overall.”

And he’s right, this is indeed bringing negative feelings to players, who are not too thrilled about the news, citing specifically that whenever there’s a bug that benefits players, it seems to be a top priority fix (a month to fix Wish-Ender is pretty speedy in Bungie time), yet other long-running bugs are ignored.

Even if I am known as the Nerf Lord around these parts, I absolutely saw no harm in at least letting Wish-Ender run wild until the end of the season. There are no true pinnacle PvE activities even going on right now, no raid races to be concerned about, etc, and the Wish-Ender bug really doesn’t affect PvP at all. All it does is make a painfully underused weapon feel like a true exotic for a chance with its kind of hilarious 4-5x damage increase due to the bug. 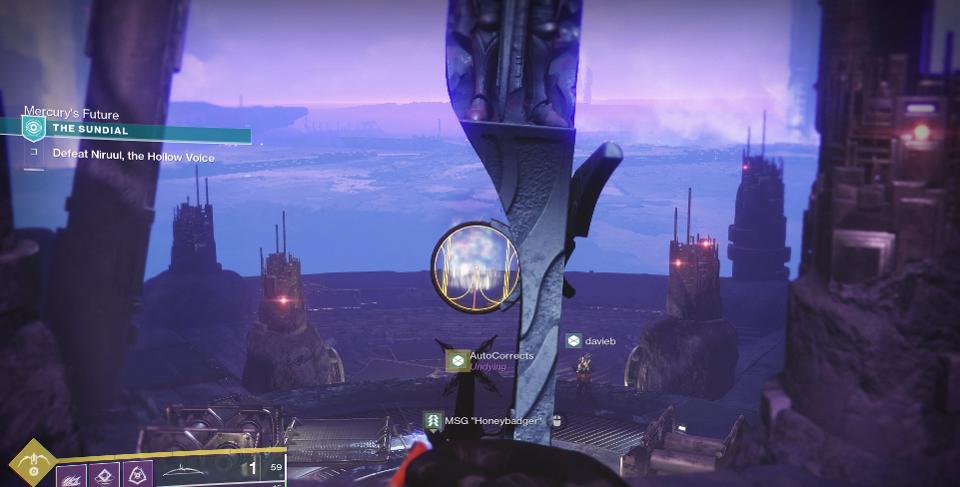 Is Wish-Ender too strong? I mean, yeah, it is. While I fully believe that it would be fun to have Wish-Ender be a lot stronger than the old version, this thing one-shots orange bar shielded enemies, 2-3 shots most yellow bar majors. Using primary ammo. It has completely taken over Gambit and is a must-have in most Nightfall farms. It’s very fun, but no, it couldn’t keep this level of damage forever.

That said, I was hoping that Bungie would leave it alone until some middleground fix was made. Maybe the bug is fixed, but damage is at least 60-70% of what it is currently. Or it’s kept the same, only Wish-Ender now uses special ammo or something like that. Simply fixing the bug and giving us vague promises about general bow buffs later is not reassuring. Clearly everyone liked Wish-Ender being super strong. Even if it’s not this strong, don’t “fix” it back into irrelevance before coming up with a better buff for it. But with this talk of bows generally, it doesn’t sound like Wish-Ender is even going to get any special focus in the future, which is a shame.

I’m not thrilled with this decision. I don’t get why this was made a priority fix this season, and why we couldn’t have just left it in place for another month and a half. And it seems like Bungie has missed the message that people want Wish-Ender, a legendary bow in the lore, to be dramatically stronger than it is, but who knows when or if that will ever happen now. But we shouldn’t have to rely on accidental bugs to make underused, underwhelming exotics worthy picks.

Lets take a moment for the dearly departed.

I quite often disagree with paul Tassi, I think he said this perfectly…

I’m not thrilled with this decision. I don’t get why this was made a priority fix this season, and why we couldn’t have just left it in place for another month and a half. And it seems like Bungie has missed the message that people want Wish-Ender, a legendary bow in the lore, to be dramatically stronger than it is, but who knows when or if that will ever happen now. But we shouldn’t have to rely on accidental bugs to make underused, underwhelming exotics worthy picks.

I just got wish-ender yesterday. This blows.

This is what ticks me off the most. They’ll nerf stuff that didn’t need to be nerfed in the first place, such as Breakneck and Broadsword. I know I sound like a broken record on this but, they let OEM run wild for a bloody year, took them a while to tweak bottom tree striker (I should know, I felt dirty using it during an iron banner pre shadowkeep.) Now, because players are having fun with an underused bow, it has to be nerfed back to collecting dust in the vault.

Anytime the players start having fun and in this case, a bug that wasn’t really useful outside gambit and nightfalls, didn’t affect PVP at all, gets patched instantly, yet they can and will drag their feet on actual game breaking bugs.

Also, I enjoyed using the wish ender, I’m not a bow guy in any way, shape or form but, I was having fun. Not only was I having fun with a bow, I was having fun in gambit again. I did see a post on the destiny reddit that even if a full has wish enders, didn’t mean they would win.