Rumor: Destiny 3 will double down on the Darkness and Destiny 2: Penumbra...des 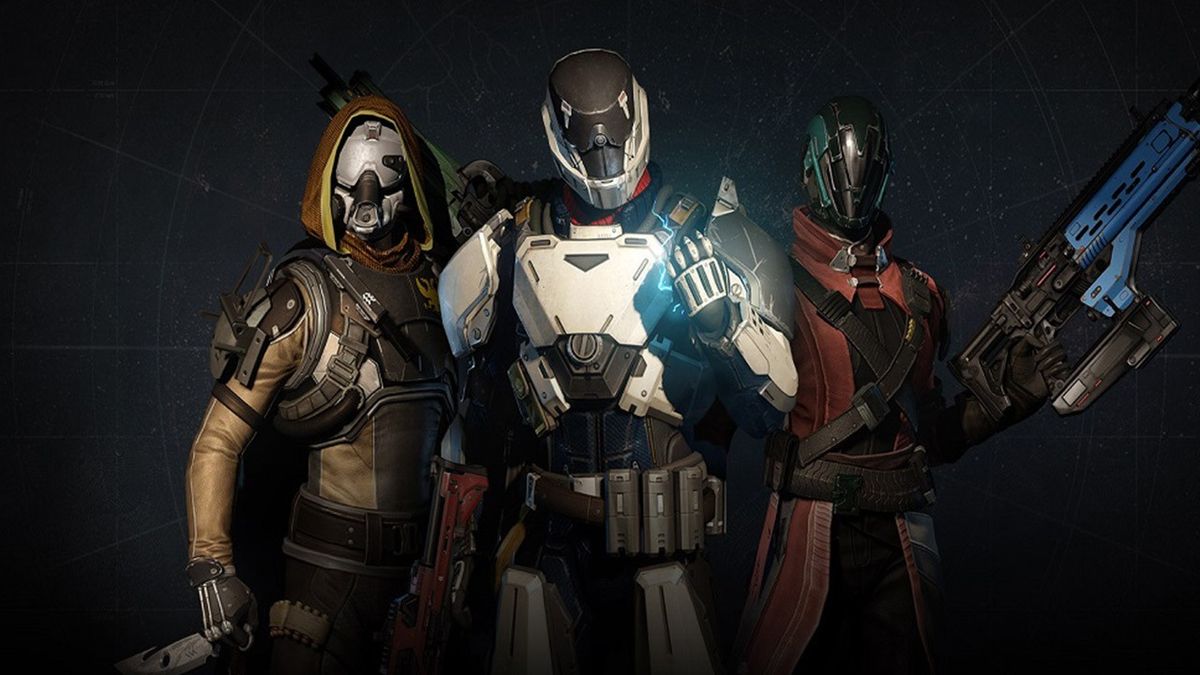 Rumor: Destiny 3 will double down on the Darkness and Destiny 2: Penumbra...

Grains of salt at the ready, folks

Last week, a 4chan post (archived on ResetEra here) purporting to have inside knowledge of Destiny 3’s development spread around the Destiny community like wildfire thanks to such wild claims as a 12-man raid and a Cabal-Fallen alliance. New input from known Destiny leaker AnonTheNine, who correctly predicted huge Forsaken details and multiple returning Exotics, has now been mixed into the discussion via a Reddit post on Destiny 3 and Destiny 2’s upcoming Penumbra DLC, which will allegedly focus on new Darkness enemies and Calus respectively.

In now-deleted posts and comments, AnonTheNine previously said Destiny 3 will be “even more hardcore” and “push the RPG side of the game.” They also said the sequel will feature new enemies and abilities powered by the Darkness - the background antagonist of the Destiny universe - as well as PvPvE zones out in the wild. The latest leaks support all of these claims and flesh them out with new information, including story and faction details.

The new enemy faction in Destiny 3, according to the post, is a race of “Astrodemons known only as the Veil. Their visual appearance is described as having dark greenish skin, sharp claws, and having a distinct stench of ‘wet earth’ as mentioned by Ada-1’s mother in the lore entries brought with Black Armory. It is also worth noting that the Veil, being the true servants of the darkness are on an equal power level to guardians, if not stronger.”

The Veil are said to be connected to the pyramid-like ships seen throughout Destiny 2’s story. These ships first appeared when the Traveler awakened, and according to this post, that’s no coincidence. “During the collapse, the god of the Veil was slain in a conflict with the light,” the post reads. “Since then, the Veil have been waiting for the Traveler to re-awaken so they can syphon its power to resurrect their dead god.”

The Reddit post also weighs in on the aforementioned 4chan write-up, calling it “a combination of legitimate leaks from Anon mixed with their own theory and speculation, but presented as a true leak.” It says that talk of a rumored faction-oriented open-world, a Cabal-Fallen alliance, a 12-player raid, and Aphelions and Calus in Destiny 3 is unfounded. (And quite frankly, I could’ve told you some of that. Bungie would never make a 12-player raid, not unless it was significantly dumbed-down and had matchmaking support, and even then it’s a technical long-shot.)

You should never bet the farm on this kind of information, no matter how reputable the leaker may be (and especially in the case of a random 4chan post), but this Reddit post is particularly tenuous. It wasn’t actually written by AnonTheNine themselves, but by a user named ShadowOfAnonTheNine claiming to have seen information “given by AnonTheNine in the many discords he’s been a part of since before he’s laid low.” AnonTheNine was reportedly asked by Bungie to ease up on the leaks, hence their relative silence, but this Shadow user says this batch of leaks was shared before that. So, as always, take this with a grain of salt.

While you’ve got your salt ready, we may as well loop in this post from ShadowOfAnonTheNine regarding Destiny 2’s upcoming Penumbra DLC, which will cap off its annual pass - its first annual pass, if these posts are to be believed. Destiny 2: Year 3 will see another annual pass with a more ambitious starting DLC, according to the leaks, rather than a Forsaken-style expansion. Given the amount of time and resources that Forsaken required, and the timeline of both the current annual pass and Bungie’s separation from Activision, I’m inclined to believe this.

Anyway, back to Penumbra. The post says it will whisk players back to the Leviathan, the home of Destiny 2’s initial raids, to “discover the source of Emperor Calus’ power.” This fits with Penumbra’s teaser art, which features Leviathan raid vendor Benedict 99-40. We know from the annual pass roadmap that Penumbra will add a new six-player activity, and according to this post, it’s an almost “escape room” mix of puzzle-solving and wave-based combat codenamed “Dragonslayer.” Penumbra will also reportedly introduce three Exotics: the Hawkmoon hand cannon, Dark Drinker sword, and Rose hand cannon. Rose is the only new Exotic on this list, and it’s said to be a sister gun to the newly released Destiny 2 Thorn, which fits the lore of that gun. (Also, if these Exotics are accurate, we already know the source of Calus’ power: it’s Hawkmoon, obviously.)

These are huge, sweeping claims which even the leaker says “are all early development decisions and are subject to change.” None of it has been confirmed and it should all be treated as hearsay, and the narrative around AnonTheNine’s disappearance makes it that much shakier. That said, a lot of this stuff does line up with what we’ve seen in-game and heard straight from Bungie, from the pyramid ships to the heavily implied Darkness rift in the main storyline.

Sounds interesting. I do miss the Destiny universe. Almost bought the season pass over Division 2.