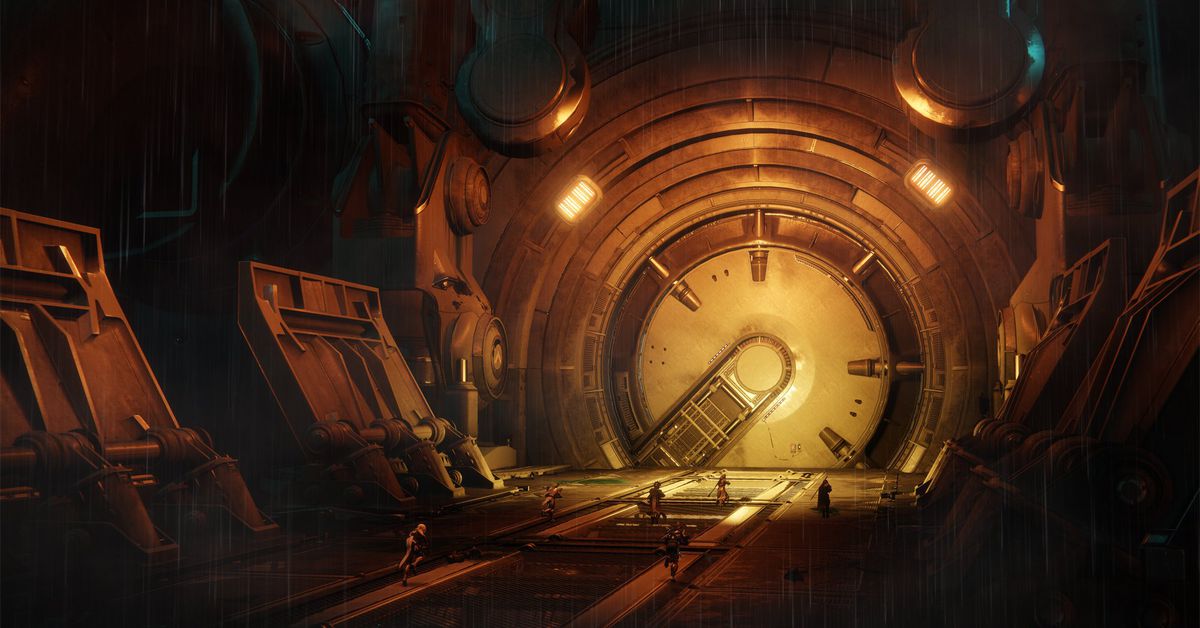 Spoilers: We aren’t fighting who we thought

We have many many people back in D2…its the shiny penny this week. That said we have a good crew of people that could help grind argos for 3 chests worth up the +8 each not including a chance at exotics (we cleared in 10 minutes from checkpoint last week)…that said I know many people want to try out the new raid lair that drops tomorrow 5/11.

I propose this (rather than polling as its tedious and I’ll end up just making a judgment call anyway) we run Argos as many times as we can and get as many GRG through tomorrow night 5/11, then on saturday (normal raid night) we look at spire of the stars and there might be a video or 2 to look at before we do it.

It seems that Spire of Stars will begin with a Red Legion invasion of the Leviathan, Calus’ massive spaceship floating above Nessus. For those unclear of the distinction, Emperor Calus is actually the former emperor of the Cabal. The Cabal who follow him are the loyalists who stood by his side after he was removed from power and fled. It seems the Red Legion, a fierce army of Cabal warriors and the main villains of Destiny 2, are attempting to hunt Calus down once and for all.

We aren’t entirely sure who the end boss will be in the Spire of Stars. However, it does sound like players will be able to meet Calus himself in the flesh, rather than a robotic replica. All will be revealed when the best fireteams race to complete Spire of Stars on May 11.

Is this the sign up thread? If so I am signing up. I want to be carried through the raid.

count me in for both nights…I have no experience with D2 raids though.

you wanna run Argos on date night? really?
Come on man… I thought we had a schedule.
I’ll be there Saturday. I aint promising to be around on Friday.

That’s why I’m throwing it out there…maybe if @ezekielJP can run the night stalker role on Friday…if anyone wants to run Argos on Saturday we can split up as long as there is a nightstalker that knows what to do for Argos. If not we may run 2 (or more) groups trying to figure out the new raid

If any PS4 peeps want to run Levi/Argos, let me know, I have a guy can be a 6th if we can’t find one.

WE have enough interest to run both nights…seems priority is Argos for light leveling both nights…when we run tonight we can get the checkpoint and get a fast clear for tomorrow, and then we can start the new raid, which we are ALL too low level for…we can keep discussing, I want to make sure everyone gets what they want here but we may be limited by time

I will be on both nights. My Hunter and Warlock are both ready to raid at 349 LL. Tomorrow hopefully my Titan will be. Argos sounds good. Maybe try Leviathon tomorrow if we have time. That would give everyone a nice boost. We could catch up on the how to videos and maybe make a decent run out of it. New raid isn’t going to be much fun until we get our LL up.

I will probably be on both nights. Need assistance with Argos, but would be up for leviathan for pure leveling purposes.

I’m down on the xbone. Attempted the raid a couple times. Would love to knock it out. Any room in that back pack for me? Lol Move over! @Lala_Calamari

I wear the backpack. I’m MLG!

Just want to point out that we’ll want to get the clear, yes… but we really need those chests… badly.

We cleared Argos last night. It is not any easier now. Tonight we will have Destroyer and @ixL0N3W0LFxi so at least 5 that have experience. We can split the new raiders with the old ones up to the first Argos phase easy enough. Should get two chests if we hit the rings. If you are LL 50 with mods it will drop LL 351 without mods. Big jump in LL. Then we may have to take one or two at a time through Argos. Last night with 3 new guys it took 3 hours instead of 1. Just a thought. Sign up guys if you want to run and we will do our best to get you through. We have been running this since December and have had a lot of fun. It would be nice to build up a bigger group. @destinyplayers

I’ll be on… need to run my hunter.

I am a 100% show. For sure. I slotted out the time for it on the regular.
If we have enough we may want to try and slot out a Sunday session too, if others have time.
We could make the Raids a regular Weekend Event. The main crew will need to cycle through their other toons too anyway. At least just for the Argos Raid layer.
Since Guinness will be our sherpa for Callus we’ll need to make ourselves available when he has time to guide us. Maybe after the Argos layer if we get done fast enough. We may want to start learning Callus on Wednesdays since we are all around on Community night too.

If you need to run heroic strikes today is a good day. The modifiers are solar damage increase (good for us) heavy damage increase and more heavy ammo and enemies don’t stagger. Still a pain but much easier than yesterdays half health half shields crap.

I’ll be up to fill in tonight if needed. If not I’ll be in Cyrodiil slaying fools.

On Tethering in Argos Phase II

… Full clear of Argos Phases I and II coming soon…