Clubs and Looking for Group features are now live for Preview program members.

Johnny is in cahoots with Microsoft mocking us.

A little more details about the new features: @Lala_Calamari and @anon3687162 please disregard.

A couple of new features for the Xbox One have begun to roll out to Xbox LIVE preview members over the past couple of days as the new Clubs and LFG (Looking For Group) features look to bring gamers together for some group-gaming. The Xbox team have made their own set of features where players can find other groups of players much easier.

Gamers will create and manage Clubs. As the Clubs feature rolls out to more and more gamers, we will no doubt see a Club for almost everything and anything you can imagine
for a lot of games. For example, Scott Henson of the Xbox Engineering Team has put together a club for his college buddies where he and his friends can keep in touch and organize Halo gaming nights.

Members of a Club will have the options to set up Xbox LIVE parties, play games together, share content between the group, and communicate with group members using voice and text chat. Create or search for a Club in the Community tab on the Xbox One or use the “Clubs section” on other devices. Use a specific titles Game Hub to find Clubs associated with a game. Be sure to create your Club with the name that you want as soon as possible as no two Clubs will be able to have the same name! 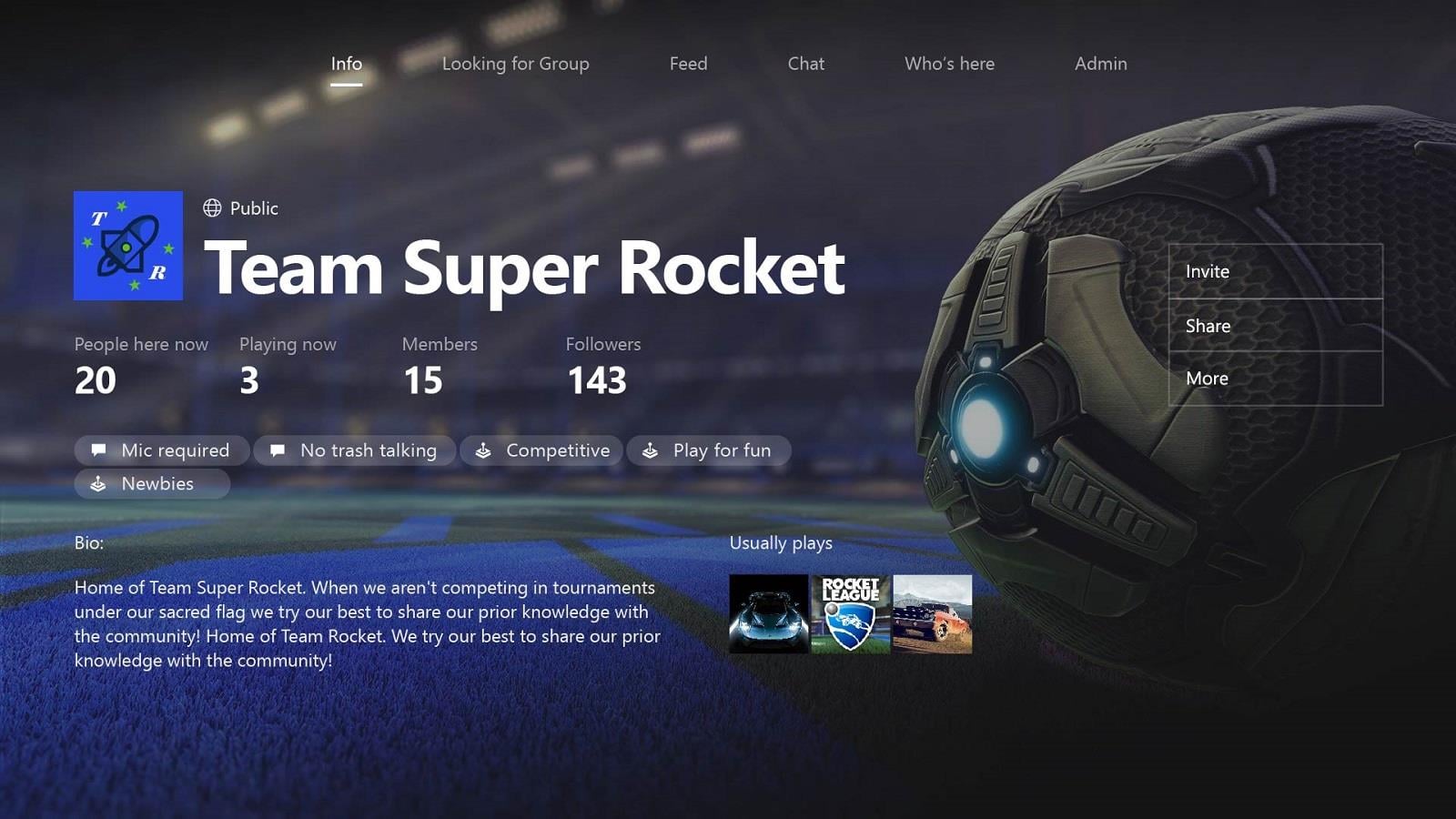 The LFG feature will allow players to find others you want to game with. If you’re after nailing a certain achievement but you want to do it at a certain time and with a minimum number of people then LFG has you covered. Create an LFG post, add your requirements such as - mic required, how many players are needed, when the session will start, which game mode, and even other in-game requirements such as level, gear, and more, the post your LFG and wait for the gamers to come flocking in. Scott has more details on how exactly the LFG system will work:

A quick primer on how LFG works: gamers can browse open LFGs and request to join the ones that they’re interested in. The LFG host chooses from the list of gamers who have expressed interest and, once the group is full or the host is ready, the host can quickly get those people into party chat and start playing. Quick, easy, and simple. Whether you’re playing a FPS on Xbox One or your favorite PC title, you can quickly find other gamers to play with on Xbox Live 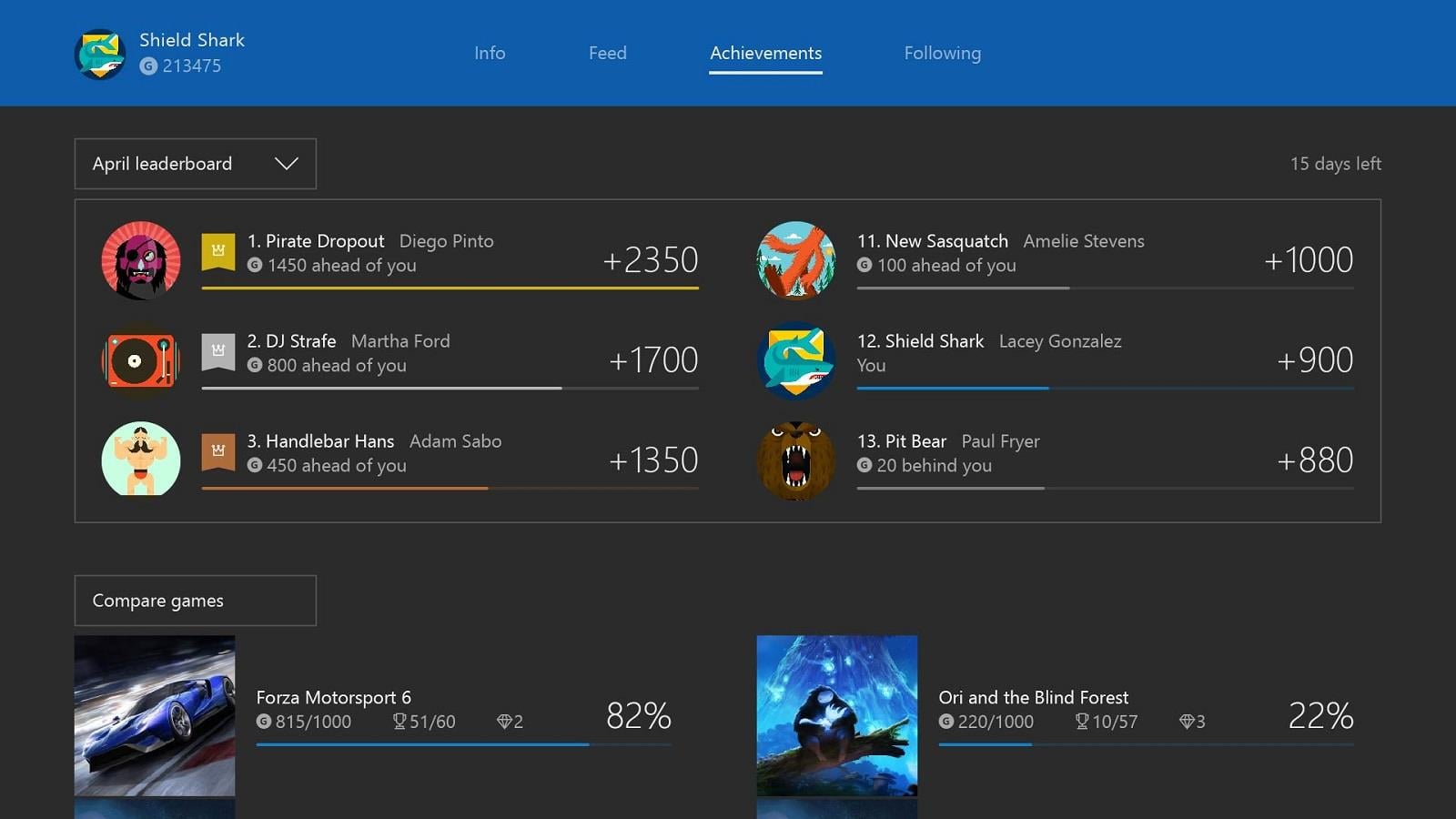 Also, Preview members can check out the improved Gamerscore Leaderboard that’s now faster and more reliable. Rather than showing the Gamerscore obtained for a 30-day rolling period, players can now compete from the beginning of each month with a fresh 0 against their Gamertag. 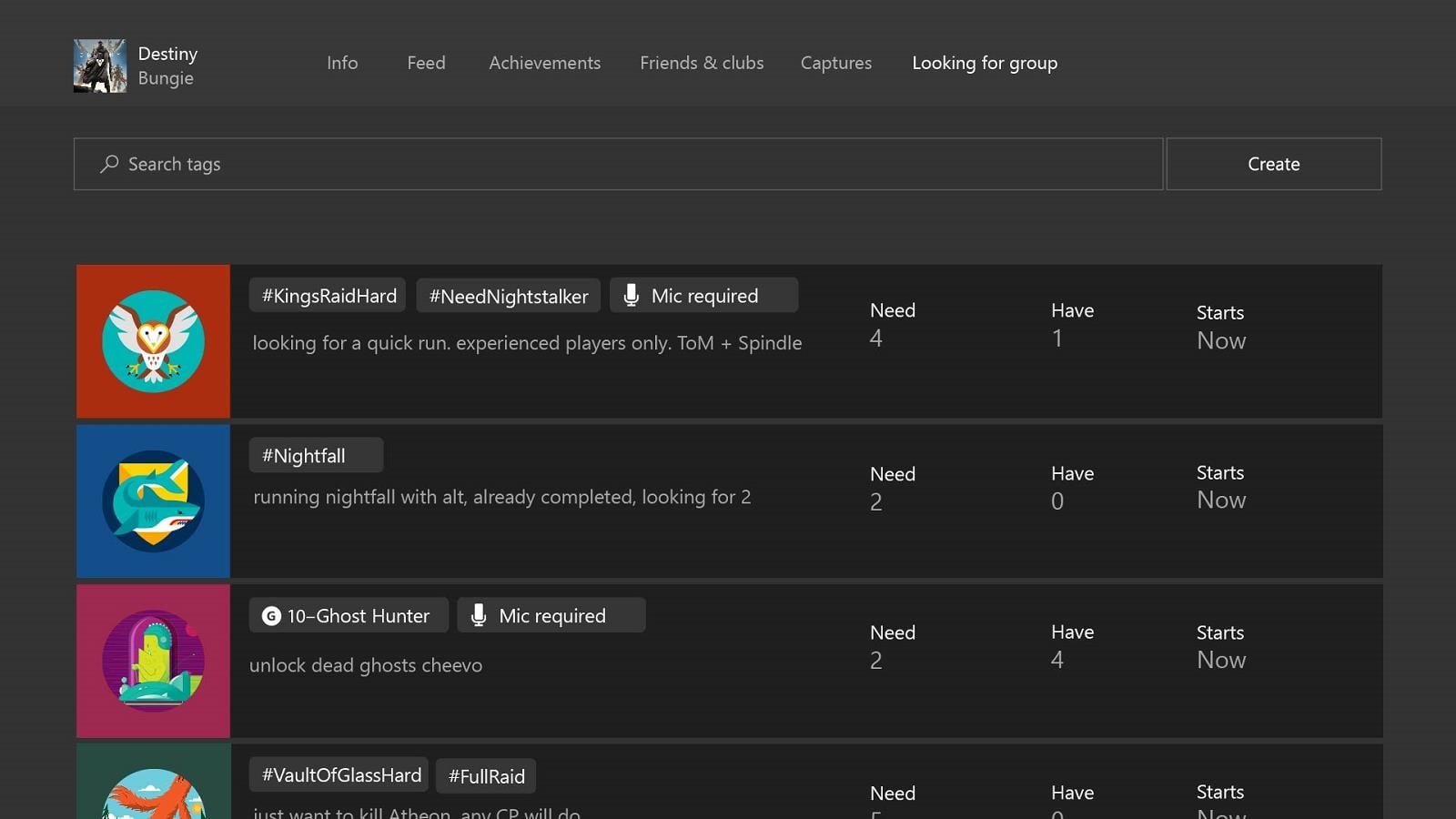 Lastly, if you’re keen on including Emojis in your text on Facebook, Twitter and other places, you’ll now be able to express your feelings with the addition of Emojis to the Xbox One virtual keyboard too! Use

to bring up the Emojic, and then press and hold over an Emoji to see what other version are available of the one you’ve just selected.

Larry Hryb, Xbox LIVE’s Major Nelson speaks with Scott on all of the new features in the following video:

The new features for Xbox LIVE wave already been rolling out to Xbox LIVE Preview members on Xbox One over the past couple of days. Xbox app users on Windows 10, iOS, and Android devices will be able to take advantage of the new additions “soon”.

All lies I say.