Pay to win XM4 in Warzone?

Many streamers and top players have been taking advantage of a “pay-to-win” XM4 Blueprint, so streamer Nick “ NICKMERCS ” Kolcheff has called out the devs for adding these broken Blueprints.

After YouTuber TrueGameData discovered the broken Blueprint at the beginning of May, FaZe Swagg demonstrated the powerful, “pay-to-win” Great Pacific XM4. This Blueprint has different, more powerful stats than Warzone’s base XM4, which has led many to call it pay-to-win.

Now, NICKMERCS has chimed in, saying that “Raven Software messed up” with the Great Pacific XM4, as it gives secret, hidden, “broken” stats.

“This thing literally has the fire rate and the damage of the M4 in MW,” NICKMERCS explained. “People swear by this thing, you see Sym using it, you see a lot of these keyboard guys loving it, they’ve been calling it broken. And there’s a lot of people that think the Blueprint should be taken out of the game.”

“Now me, conceptually, this is jacked up. I don’t think they should be doing the pay-to-win stuff where you buy certain Blueprints and you get stats on that,” Nick continued. “They’ve done it before with the MAC-10 – every time they do it, they say it’s ‘an accident.’”

Nick joked that he wasn’t convinced the Blueprint was added by accident but admitted that he’s not part of the development team so he doesn’t want to “rag on them too hard.” 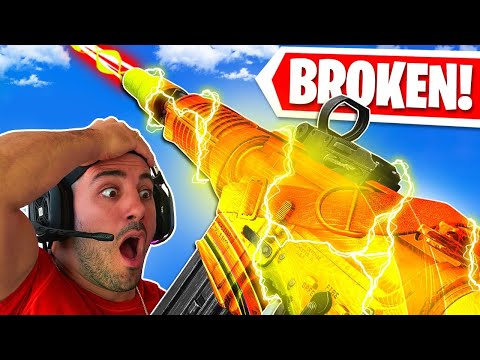 Nick said that after everyone reported that it’s broken, he wanted to give it a shot as his close-range weapon alongside the Kar98k, but said, “I don’t really know where I’m at” with the XM4.

While saying broken Blueprints are good for his own YouTube content, he admits that “ultimately, it’s probably not a good idea” to have these pay-to-win Blueprints in the game.

Warzone’s midseason update is scheduled for May 20, so expect even more weapon balance changes and bug fixes alongside the upcoming 80s Action Hero event.