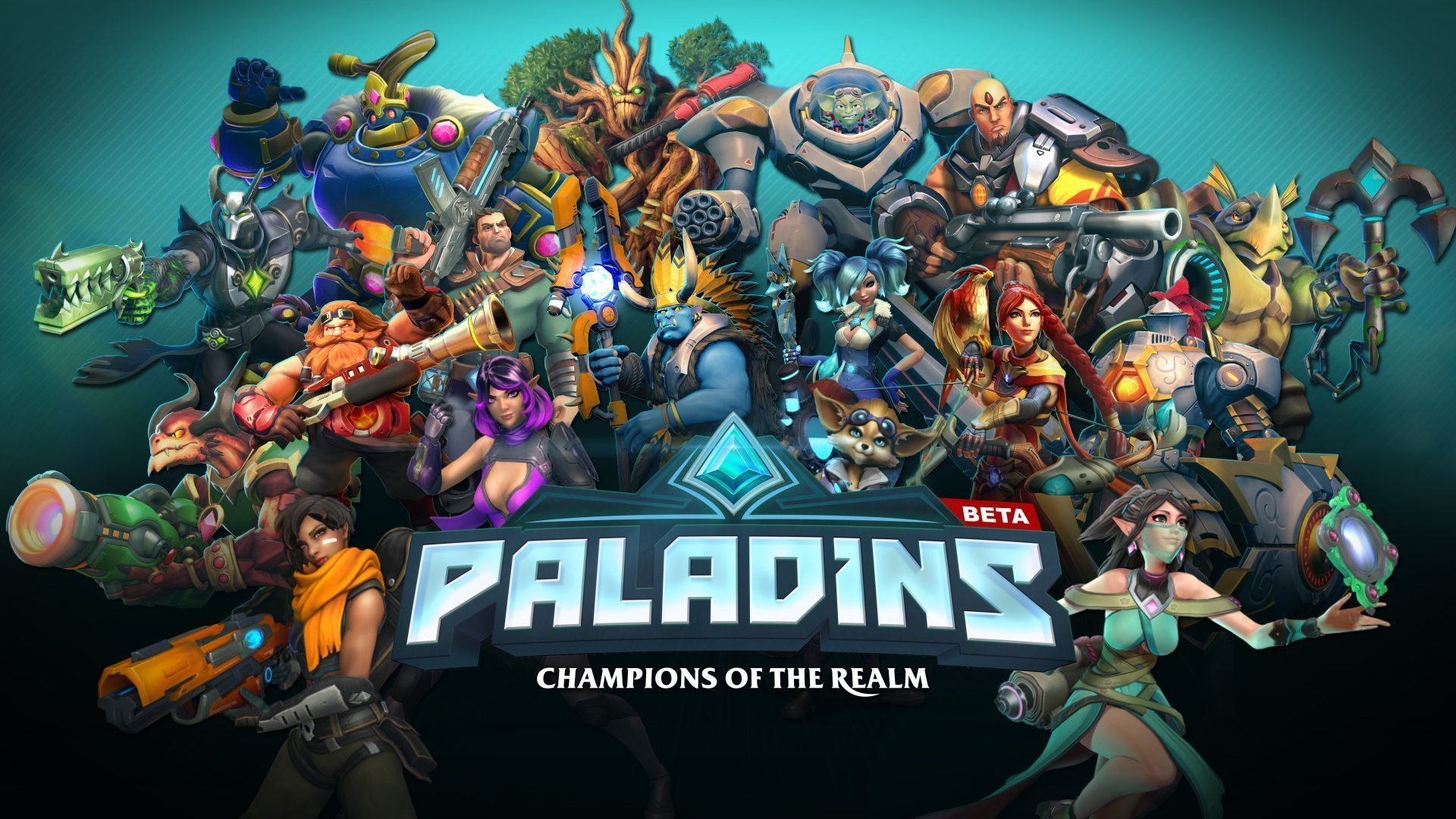 OB34_Blog_PressRelease.jpg1920×1080
Want a chance to win some sweet Paladins loot?

Join GRG for a night of Paladins action. Game with fellow GRG members and you and your team could win some sweet in game loot. We’re giving away in game codes for GRG members that group up!

We will be giving away the following: Staff is excluded from these cool prizes.

Paladins has a dwarf with turrets…I am in ofc

I may jump in on this. Could be fun

I’ll be on Paladins around 9ish.

Don’t forget the giveaway! We have a few Founders Packs to give out and plenty of Loot Crate codes! Just screenshot a pic of you gaming with other GRG to win!

I will be on around 9pm est to to team up as well.

I’ll jump on Paladins tonight to support this.

I’ll be on tonight.

We do have skins for the PC version of Paladins to give away. If any of the PC Master Race decides to group up and get some FPS action going.

The console codes work on XBox and PS4. So we’ll have to share when giving them out.

I’ll be on tonight. Any @PS4Players, I’ll keep an eye out for you

Time to group up!

Wish A. the game was behaving itself better and B. I knew what the fuck I was doing on some of those maps/modes. Have to start playing more than just Siege all the time I guess. Siege is the only correct mode. @grex loves to mess that up.

BTW, @grex and I had a great last game. We decided to do one more. Had a huge back and forth battle. The match started off with our team getting smoked but holding 2 defenses. We then capped the 3rd objective but could not score. Last round we fucked the team up hard. Stopping not 1, not 2 but 3 Ultimates just as they started. It was a pretty sweet win.

I called it at that point as I wanted to go off on a win. (plus I had to upgrade my horse’s wang in ESO).

You always seem to do well after I jump off

I even did a thing

That Ruckus that round was a royal pain in the ass. Especially in the beginning. Later on (after I had 3 wrecker and 3 Haven) I was able to deal with him much easier. The tides turned and I was winning those fights.

The one thing I noticed while playing was how fast I’d go down. I’d get out there and on point and have no less than 3 people shooting me. Just team shot for shit. That’s something we really need to focus on better. Call out a target and nuke them down fast.

The one thing I noticed while playing was how fast I’d go down. I’d get out there and on point and have no less than 3 people shooting me. Just team shot for shit. That’s something we really need to focus on better. Call out a target and nuke them down fast.

The other contributing factor was their Skye was focusing on me in the background making it very difficult to keep the tanks healed.

I started taking down their Pip, and then the Reaper knockoff started protecting him. I couldn’t get behind to do anything.