A place to discuss everything about the game, Overwatch

And a bit of lore:

Overwatch is Blizzard’s team shooter for PC and consoles. Choose a hero from a diverse roster of soldiers, scientists, adventurers, and oddities, each with their own unique set of abilities. Bend time, defy physics, and unleash an array of...

NUMBANI —Three months after initial reports of an incident at Helix Security International’s classified maximum security installation, a more complete picture of what happened has emerged. Information and details of what happened were scarce as has been any news from the installation, said to be a prison for the world’s most dangerous threats. However, after recent events in Numbani, it can now be confirmed that what occurred was an attack by the Talon organization with the express purpose of freeing one man: Akande Ogundimu, better known as Doomfist.

It began in the early hours of the morning, when an unidentified aircraft approached the facility. Security initially reported that the craft had no passengers on board, based on radar scans. The craft passed through the range of the installation’s defense systems without incident, leading some to believe that Talon has moles within Helix. Video surveillance from within the compound revealed a black shadowy figure emerging from the craft and descending upon the prison grounds. The unidentified assailant easily overcame the Helix security agents, leaving over a dozen dead. Medical records of the casualties reveal injuries and cellular degeneration matching other incidents involving the mercenary known as the Reaper, all but confirming the incursion as a Talon attack.

Helix officials have been unwilling to reveal whether or not there were additional escapees or items taken from the facility, but sources have indicated that it is likely that there were further security breaches in addition to Ogundimu.

After escaping from the facility, Helix lost track of Ogundimu until he resurfaced in Numbani, where he clashed with the newly introduced OR15 defense robots at the Adawe International Terminal, easily destroying them and reclaiming the Doomfist.

Questions have been raised about the effectiveness and methodology of Helix, which in recent years, has greatly increased its profile as the world’s security force. But after a number of high profile incidents, including the breach of a similarly top-secret facility in Egypt, those who have objected to the increased privatization of security following the shuttering of Overwatch will have been dismayed that Helix has requested, and been granted, additional funding by the UN to cope with rising threats.

There’s one new one

Yup. It’s not for me. I played OW last night after and felt better.

The new map is a real challenge to both defend and attack. It’s a good moon base layout. I say that, But I’m sure Hogar who’s a pro at the game would say otherwise.

I’m doing horribly in Competitive. I keep playing with randoms and losing a lot of games. It’s fun though.

If you see me on, throw an invite. I’m always looking to group up. I’m done with BF1 except the odd Community Night. GTA, ESO and OW are currently my mains

Could probably try to arrange that. I’ll see what my work schedule looks like for next week and make an event.

Edit: or we can do it FPS Mondays

I feel the same way about paladins. I want to like it, but its nothing compared to Overwatch. Maybe because I know Overwatch more and I am better at it. Maybe.

That sounds like an awesome idea. I would definitely be for a GRG competitive team.

Came across this Doomfist gif. Looks like a Tracer type flanker

Equipped with charisma and ambition, Doomfist is a consummate tactician and one of the leaders of Talon: literally throwing down his gauntlet as he joins the fight. From his base in Nigeria, Doomfist is a commanding offense hero equipped with hard-hitting melee abilities. Driven by a belief that conflict is essential to humanity’s progress, he’s committed to advancing his vision of the future—even if the agents of Overwatch disagree with his methods.

Doomfist’s cybernetics make him a highly mobile, powerful frontline fighter. His primary attack is the Hand Cannon; this four-shot weapon fires projectiles from Doomfist’s knuckles one a time or in a single blast. With his secondary attack, Rocket Punch, he charges forward and delivers a devastating blow, knocking back any opponent it connects with and dealing extra damage if the enemy is hurled into a wall.

Seismic Slam smashes into a targeted area, knocking opponents toward him so he can deal further damage. His Rising Uppercut tosses enemies high into the air, while his passive ability, The Best Defense…, grants him shields every time he uses one of his abilities against an opponent. Lastly, his ultimate ability, Meteor Strike, causes him to leap high and drop into a targeted area, dealing massive amounts of damage.

We always want the experience of opening a loot box to feel exciting and rewarding, and in our latest patch, we’re working to improve that experience in two key ways. First, we’re drastically reducing the amount of duplicates you will receive when opening loot boxes. Second, to compensate for this reduction of duplicate items, we’re also increasing the overall amount of credits you will receive from loot boxes. On average, you should be earning just as many credits, if not slightly more, from loot boxes as you did prior to these changes.

To help us test this update, all players who log in to the PTR this patch cycle will receive five (5) PTR Loot Boxes. These are standard loot boxes that will only be available on the PTR. Any items earned from loot boxes or unlocked via credits on the PTR will not transfer over to your live account.

The game will continue to automatically generate highlights for you based on your recent gameplay. These auto-generated highlights—now categorized as “Today’s Top 5”—will be surfaced on a daily basis and persist for a full 24 hours (or until the game client is patched, whichever happens first).
Players can now generate their own highlights! The ability to capture 12 seconds of your own gameplay has been added to the game, and can be bound to a single button of your choice (or a button per highlight slot) in the Options menu under “Request Highlight.” These player-generated highlights will be saved under a new section called “Recently Captured” and will persist until the game client is patched. Players can have up to 36 recently-captured highlights stored at one time.
With the above, players can now record any of their “Top 5” or “Recently Captured” highlights, exporting them as a video file to their gaming platform’s designated media library (on console) or directory (on PC). On PC, players will also have the option to select the quality at which these highlights are exported, supporting up to 4K at 60 FPS for Windows 8 or higher operating systems, and up to 1080p on Windows 7. 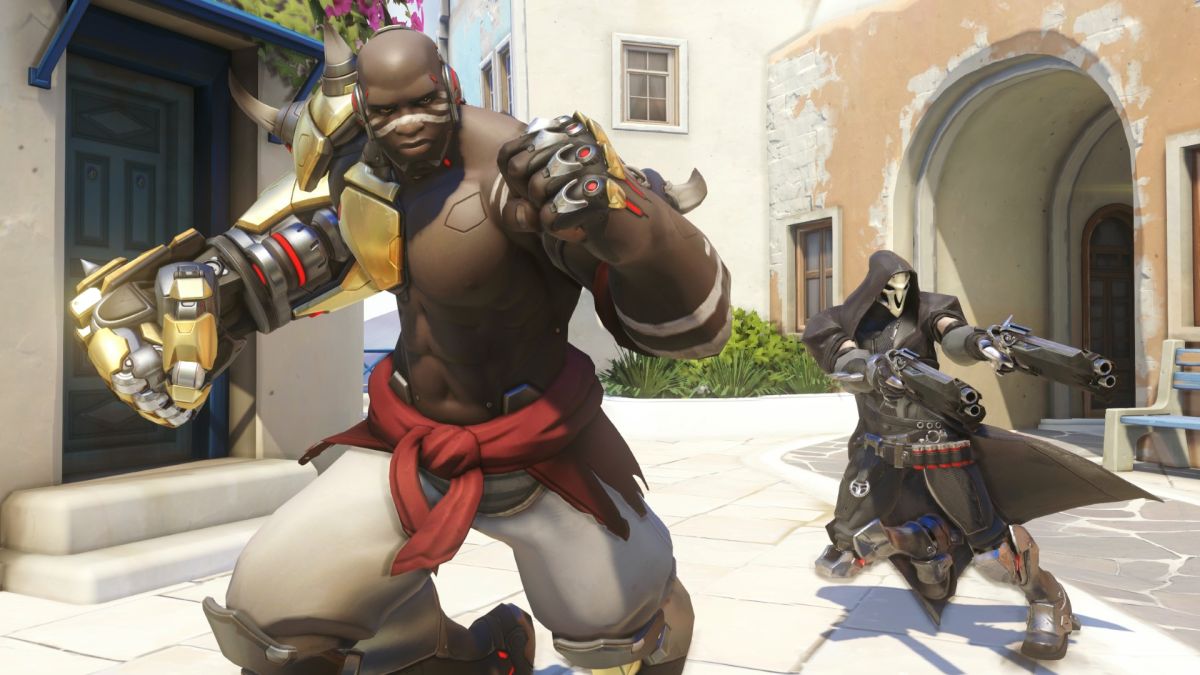 I think this is a patch to open up the next big Lootbox/Doomfist update. It’s currently in public test mode and due out at the end of this month/beginning of August

Looking Ahead to Season One

With the conclusion of Overwatch Contenders Season Zero, 16 of the best North American and European teams have secured their spots in Contenders Season One. For Europe, eUnited took the top spot in their victory over 123, and all eight teams from the region’s playoffs have advanced to Season One.

In North America, Immortals prevailed over Team Liquid to clinch the top prize. With only six available North American berths into Season One, however, the 5th and 6th place matches had more significance than just prize money. FaZe Clan was able to fend off LG Evil, securing themselves a place in Season One, while the Detroit Renegades defeated Envision for the final spot. Overwatch APEX participants Rogue and EnvyUs round out the North American Season One teams.

Congratulations to the playoff champions for their victories this past weekend, and congratulations to the teams who qualified for Season One. Furthermore, we want to give a big shoutout to the over 1,400 teams who registered to help make Season Zero a success and brought us the exciting competition of the past five weeks.

The winning teams will have a moment to enjoy some peace and quiet – just a moment, though – before beginning their preparations for the battles ahead. Here are your Overwatch Contenders Season One competitors:

The North American Season One Teams:

The European Season One Teams:

Overwatch Contenders Season One kicks off the week of August 14, when teams will meet once again compete for the top spot in North America or Europe. The Season One regular season will run for six weeks in total, culminating in an offline, live playoff event in October. The champions of Season One will claim not only the title as best in their region, but also the lion’s share of the $100,000 USD prize pool up for grabs for each region.

I watched some of season zero and I have to say, that was some of the most intense E Sports gameplay I’ve seen. I’m looking forward to this.

Following up from an earlier post, here is where we are at with reported/known/reproducible Reinhardt bugs and issues.

A few of the addressed issues (Fire Strike hit box, for example) were fixed before 1.13. The rest have either been fixed or iterated on in 1.13. All of these fixes should be available on the PTR by this afternoon.

Addressed Reinhardt Issues
Fire Strike hit-box was too small
A host of hammer swing issues affected by high network latency have been addressed
We’ve also increased Reinhardt’s hammer swing speed by 10% in general in 1.13
Several animation cancelling bugs (also high network latency related) have been fixed
Fire Strike and Charge animations now synch correctly regardless of network latency
Charge reliably pins targets instead of knocking them back (Note: we fixed a number of issues and all of the issues we were reliably able to reproduce. Because charge is a cone-based attack and latency is involved, there might be other issues that surface. Providing us reproducible steps or video clips will help us if additional issues arise)
Charge reliably pins targets when moving up steep stairs/ramps (see above note)

Earthshatter isn’t picking up targets under certain circumstances. We intend to fix this issue in the next patch. Following up from an earlier post, here is where we are at with reported/known/reproducible Reinhardt bugs and issues. A few of the addressed issues (Fire Strike hit box, for example) were fixed before 1.13. The rest have either been fixed or...