There’s a lot going on right now. We’re working on content patches throughout the rest of the year and into early 2017 currently. Of course we have long term plans, but we like to remain agile to respond to the current direction of the game and players’ needs.

Our big focus right now is Competitive Play. We did a big push on this feature in beta and got some really amazing feedback. We were hoping that from the beta version of Competitive Play, we would need to do some polish and iteration and then release the feature but we felt like the feedback we got was basically asking for a different direction. So Competitive Play is quite a big effort for us this time around – almost as much work as the first version. But it’s really far along. We’re playtesting it multiple times a day. We’re also looking into/debating putting up a Public Test Realm for this feature so that we can test it in a larger environment before putting it live. Even when it goes live, I anticipate our first few seasons will require iteration on the feature. We’re working very hard to make it awesome at release but there are some things you need to see and feel along with a large population before you can properly sign off on the feature. I anticipate Competitive Play will require a few season’s worth of iteration before we’re in the place we want to be.

We’re also working on new heroes right now. We have some that are very far along and others that are just getting started. We also have some prototype heroes that may or may not ever see the light of day. We do a lot of prototyping… I don’t think we’re at a point where I can really talk openly about the release schedule for the new heroes because I don’t want to set expectations and then have something come up and suddenly we’re backing out on a “promise” we never really made… if that makes sense.

We’re also working on a few new maps right now. One of them is “officially” in our production pipeline as it has passed through enough prototyping and playtesting that we feel confident in it. So that map is in the hands of our art group at this time. They are busy making it look awesome and while they do that, we keep going back and playtesting it to make sure nothing changed between the early level design blockout and the final “artified” version of the map.

We have a few other maps that are in prototype and playtest phases right now. Some of them will become real maps and some of them will be totally scrapped – so I can’t really commit to you on those. For example, we tested a map yesterday that was amazing yet a total disaster at the same time. Aaron tried some very innovative level design tricks that we hadn’t done before in OW. On the upside, the map was very unique. But the we ran into problems with sight lines and the map was basically dominated by long range heroes, leaving heroes like Reaper practically useless. So if we can fix the sight lines while not losing the overall vision, that map might turn into something some day.

So maps and heroes are being worked on daily. I wish I had dates for you but whatever date I gave you would change and then you’d all be mad at me. The good news is, like we’ve said before, for Overwatch, we won’t be charging for those maps or heroes. Those will just be live updates that will come in a patch for free.

There are some other features that we have our eye on. For example, we want to make a lot of improvements to the spectator/broadcast/observer functionality in the game. The spectator feature has come a long way since the early days of beta but we know it can be improved. We’ve gotten tremendous feedback from people running tournaments and have a lot of good ideas how to make the game more watchable. We feel like some of these improvements will also benefit things like PoTG and Highlights as well once we get to them. These features are not being worked on heavily right now. We’re more in a mode of design and planning around these. So there’s not an immediate timeframe for the spectating stuff. But it’s important to us and part of our daily conversation at this point.

We have a lot we want to do with Highlights and the PoTG as well. We would like to improve those features and there are a lot of cool ideas we want to see happen.

We talk a lot about the Brawls and Custom Games. These are really cool features that we feel like we haven’t even fully scratched the surface with yet. We want to do a lot more with Brawls and there are some seriously awesome ideas from the team as well as the community that we want to get to. For Custom Games, we want to improve overall functionality but figure out a way for players to play more Custom Games with their friends or with strangers (for example, we’re researching what a server browser-type feature would look like in OW). This is a ton of work so would not be on the immediate horizon. But in our dream world, you could play Custom Games with 11 other people (friends or strangers) with fun rules in play and gain EXP while doing it… so yeah.

There is more we want to do with the progression system eventually (this is more long term – not immediate). We want to give you more customization options (we know people want to have random option for Poses for example). We have some cool ideas of how you could equip more than one spray or voice line… so those are fun things we’d like to get to. But they are minor and are far off. We also have some pretty cool new content we want to add to the progression system – so we’re looking forward to getting some of that in eventually.

There’s an endless list of social feature improvements we want to make. These will most likely make their way in “some at a time” each patch – rather than as a huge feature. We want to continually improve the social experience. For example, in the upcoming patch that has Competitive Play, you can now instigate many of the social actions on another player any time you have mouse control – so in Hero Select, Assemble your Heroes, end of round card screen etc. (obviously, PC description listed). It’s a minor thing but makes a big difference. So ongoing social feature improvements. We cannot stress enough the game is best played with other people – it’s a team game.

There are a lot of tech initiatives going on. I’m not the best one to speak to those. Obviously, we’re putting a lot of effort against our high bandwith Custom Game option to see if we can explore proliferating that feature further. That’s a big tech effort that isn’t really player facing most of the time. We make constant adjustments to our matchmaking system. We’re reworking some of our internal architecture so that designers can prototype game modes more easily – not exciting player-facing features but this is the kind of thing that leads to fun stuff for the players eventually.

And then there is a never ending amount of bug fixing. For example, we have a few bugs on consoles right now that drive us crazy. You cannot leave a game as a group. This needs to be fixed. Also, if a friend gets recommended to your group you get a dialogue telling you to press Y/N… which doesn’t exist on a console controller. So this needs to be fixed. There are and will always be things like this that need to be fixed. So that’s something we’re always addressing. There is a large anti-cheat and anti-hack effort going on, but I can’t really discuss that (the first rule of fight club…).

Obviously, there is a lot more going on – stuff I am forgetting to mention as well as some surprises. I can’t stress this enough: some of this stuff might not happen. The reason developers usually don’t give insight like this is because if something changes or doesn’t happen, players get very angry at us. I would like to change that dynamic but we need to do that together. We’ll share more information with you guys so long as you understand none of this is a promise and things do change throughout the course of development. So when we see a “HOW COME WE DIDN’T GET THE HIGHLY PROMISED RANDOM POSE OPTION” rage post 2 years from now, please feel free to quote this paragraph in the reply…

I really want to hear some details on the Tournament Play.

Me too. I wonder if it will tie into what Xbox was talking about at E3 with the tournament mode on the new Social program, or if OW will have its own style.

One of the things I seen in current Tournaments that is interesting is before a game starts the two teams ban maps they don’t want to face their openent on. They go back and forth taking maps out until one map is left.
My guess is it’s something designed outside Overwatch for the Tournaments but the way it looks seems like it could be in game as well

If anyone has watched that show “To Tell the Truth”, I watched it the other night. People lie that to convince you otherwise they are the real person. I kinda think of Overwatch would be good on this show.

A good game to play once a month, that’s it.

I would agree if I was playing solo with randoms. I really don’t have fun with the game that way. When I’m playing with some friends during the week, or on a GRG Community night, I have an absolute blast. It’s not my style of gaming at all, but the community aspect has been a lot of fun. You can really utilize the Hero’s strategic abilities.

yeah, tha good point, once a week is all it’s worth.

Dicking around on your own, not worth money, especially $59.99.

That’s the debate I had after the beta. I’m in Canada and paid $79.99. The selling point was how many of my friends were purchasing it, how often they were going to be playing and I also ended up joining this group which has a group playing nearly every night. I’ve definitely had my $80 worth of play time from it already, and am having a lot more fun than I thought I would. Again, this is so far from my gaming comfort zone and I’m pleasantly surprised.

Dicking around on your own, not worth money, especially $59.99.

Can’t disagree with that. I Got my $60 worth out of it for sure but I gotten to the point I’ll only play it when I see others on it, which right now I still think will be a good amount. I got a group I play with pretty regularly.
Just today I got DOOM for $40 so I’ll be playing that while waiting for others to get on. Just wanted to play the campaign for DOOM. 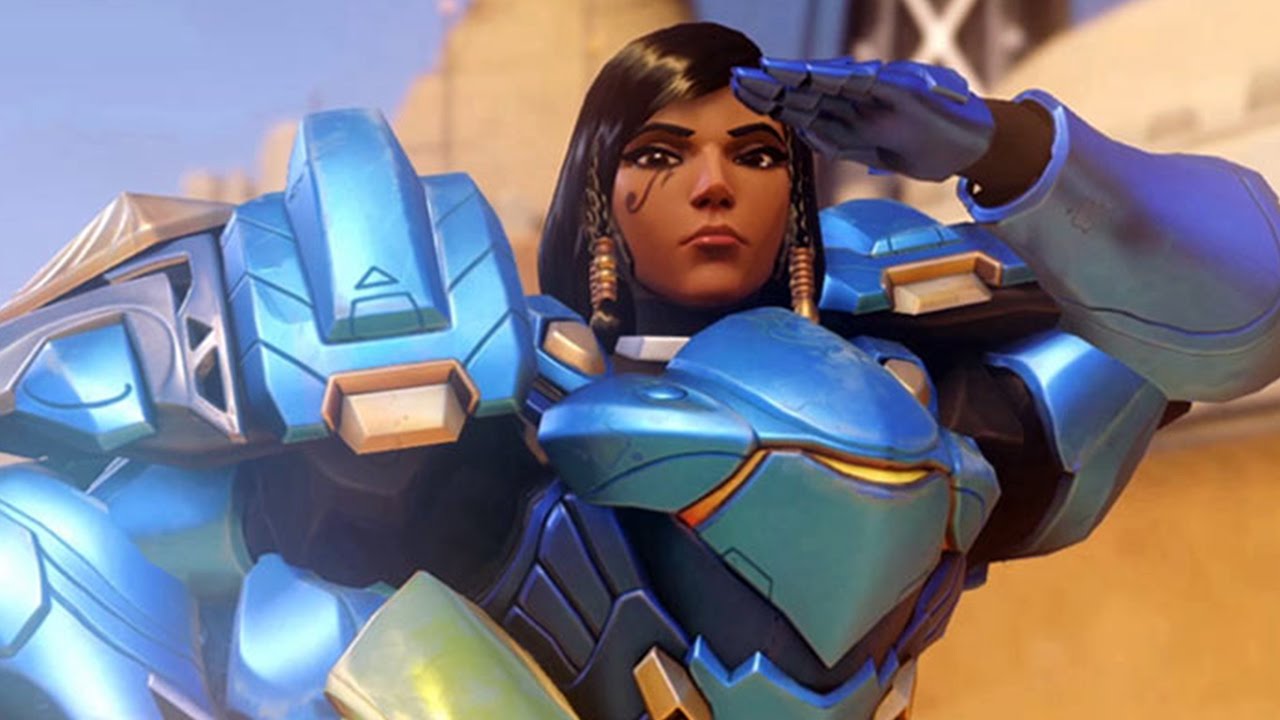 Blizzard has announced another milestone for the team-based shooter.