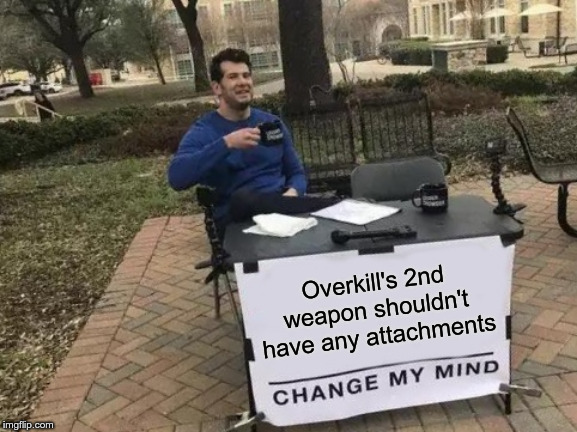 Meme says it all. Overkill’s 2nd weapon should just be a basic bitch weapon like how the perk used to be. I played a match yesterday with a clown running a fully kitted SMG and a fully kitted 725. Of course he was running / jumping killing everyone. I think this perk is a bit too “overkill” and a little too powerful. Whether it’s a run and gunner or a sniper camping in a shit spot (sniper / shotgun), it just feels wrong.

I think the basic bitch 2nd weapon would tone this perk down a bit and level the playing field.

Of course I could run it as well but I like carrying a rocket launcher of some sort and destroying enemy kill streaks. I’m all about being a team player.

This game has needed many, many issues resolved , including this one since day one.