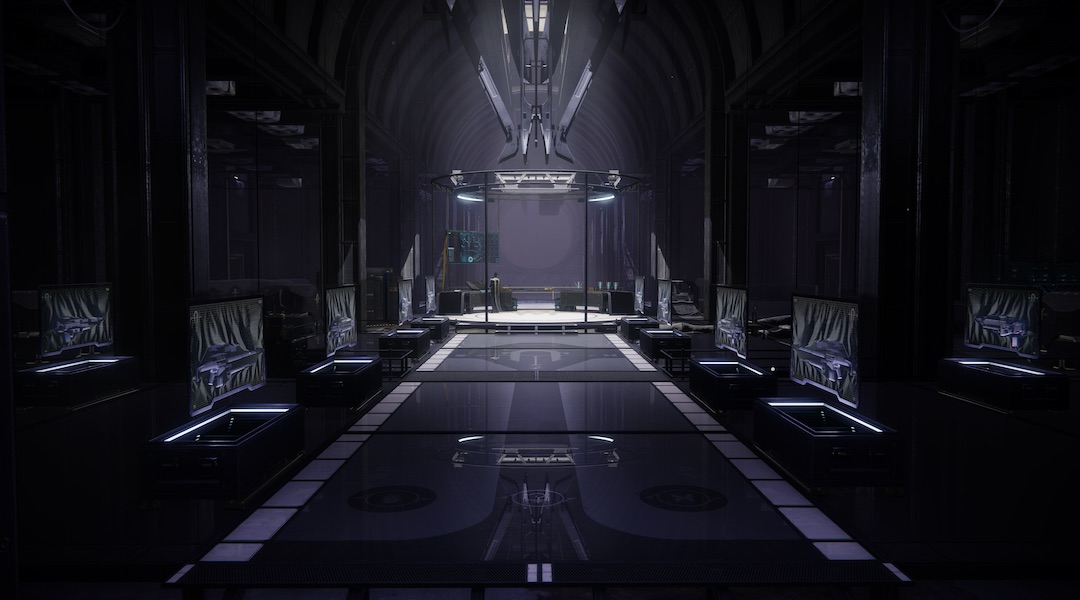 What was initially a cool idea has turned sour for the Destiny 2 community, as the Niobe Labs unlock puzzle is tedious, frustrating, and locks players out of paid content.

As promised, Destiny 2 unlocked the Niobe Labs as part of the Black Armory DLC, but there was a huge catch. In order to fully complete Niobe Labs and, in turn, unlock the Bergusia Forge, players would need to solve a complex puzzle.
It was an unexpected twist that sent the Destiny 2 community into a tizzy, as fireteams raced to solve each clue. Now, almost 12 hours later, the initial excitement has worn off and frustration has set in. What initially was supposed to be a fun community experience has instead turned into another misfire by Bungie.

Ultimately, Niobe Labs’ biggest issue is the complexity of its puzzle-solving. As fireteams progress through various levels of the Niobe’s Torment mission, they are required to decode messages and input “codes” to reach the next level. However, many of those codes are connected to ciphers and info that is not readily available in-game.

I honestly think a community event where players could find syphers out in the game world, solve the puzzle then get an item to power opening the door in a collaborative effort would have been a better event for this final forge.

On its face, the puzzle-solving wouldn’t be such a problem, if not for a few reasons. The first, and arguably biggest problem is that this puzzle is connected to unlocking the Bergusia Forge – the final forge included with the Black Armory DLC. So players who paid for that content and are not interested in this puzzle-solving race are forced to wait until someone else does the work for them.

This isn’t the first time that Bungie has used the accomplishments of one fireteam to unlock content for the whole Destiny 2 player base, but the key difference is that Niobe Labs was touted as a content drop. Players expected to jump online on Tuesday and experience the content they paid for, but instead a dense puzzle stood in their way. Say what you will about the unlocking process of the other three forges in Black Armory, but at least simply playing the game could complete those steps. There was no need to consult a cipher or decode a mysterious message.

Alongside that, though, comes the tedium of finding the puzzle solutions and inputting the codes. Due to how the mission is designed, players need to progress through each level in order to test their theories on the current level’s puzzle. And if they are wrong, it’s back to the drawing board and back through those levels. At this point, fireteams are at level 6 and taking about 10 minutes to be able to test each proposed code.

I can appreciate the hell out of Niobe Lab’s puzzle. It has thousands of people stumped. Researching Wikipedia and using 3rd party sources isn’t my cup of tea. Stoked for the people that like this kind of stuff. I prefer the classic raid style puzzle solving and shooting aliens

No doubt, there are members of the Destiny 2 community that are enjoying the puzzle solving, and they have every right to do so. But plenty of others are disappointed by the fact they are locked out of content that they paid for. Even some of those players who were initially intrigued by the idea have changed their opinion now that the puzzle has gone unsolved for so long. Hopefully, some team solves it soon, because a large community is counting on them.
kaulesh January 9, 2019, 6:47pm #2

This is weird to me. Never before have I heard puzzles that you have to complete to unlock an area described as “locking purchasers out of the content.”

…here’s my guess…remember y1 d1…the tag line was "become legend " when d2 came out…by far the loudest (biggest maybe not) complaint was game is too casual. Well last wish raid 1st clear, that team was immortalized and when all others followed we were informed that their clear changed things…they become legend (GT’s were listed on the intro graphic, pretty cool). I think that’s whats going on here…not enough data yet. But what i think.

Also, if you didn’t have to grind through those levels each time then you could just hammer in combinations endlessly at random until it clicked.

If they’d implemented a time-lock on attempts then fans would have been outraged.

Maybe the ARG puzzle worldwide aspect doesn’t work for the playerbase but I don’t think Bungie has implemented it poorly.

Today, at 2PM Pacific Time, the Bergusia Forge will be unlocked for all players who own the Annual Pass.

While coming together as a community to solve puzzles can be fun, setting this puzzle up as a gate between you and new content that you want to play has not been an ideal experience. As such, we will be decoupling the puzzle from the final offering of the Black Armory. All Annual Pass owners will be able to experience the Bergusia Forge when the puzzle is solved or when the deadline expires - whichever happens first.

We realize that many of you have been working hard to solve the puzzle of the Niobe Labs. Whatever the outcome, it will remain open for Annual Pass owners who still want to test their problem solving skills. There is a Ghost and an Emblem to earn as evidence that you completed the challenge.

We love trying new things with Destiny, but we’re also flexible enough to pivot when you point out room for improvement. We’ll continue to monitor the conversation about this event and learn from your feedback as we create future content releases.

Thanks for playing. Enjoy the final forge.

Got to think that they had planned for this eventuality to be able to pivot so quickly.

I think this is another dumb choice by Bungie. It’s not that the puzzle is hard, it’s that the solution to the puzzle is not even in the game. Teams are having to use google and other sources to solve these “puzzles”. If the solution could only be found in lore within the game I wouldn’t have as much of an issue with this. The difficulty isn’t the issue, it’s the fact that Bungie has locked paid content behind a puzzle wall that NO ONE can figure out. Yes they pivoted quickly, but don’t kid yourself and think this was planned. I have loved Bungie and their games since back in the Oni days, but their record as of late, since the start of D2, has been bad, real bad.

Well, they probably chose to make it harder since all the previous ARG stuff got cracked by the hivemind in shorter timescales than they had expected.