Next Time Your Gulag Fight Ends Abruptly Look For The Outline

Although Raven Software are steadily handing out bans to Call of Duty: Warzone cheaters, a strange Gulag glitch has allowed players to see opponents through walls in Verdansk.

Most Warzone players know the frustration of coming up against cheaters. Whether you’re getting your head snapped onto from miles away or you’re getting perfectly tracked through walls, it’s a painful experience.

Raven Software have been working hard to rid Warzone of cheaters, but a crazy glitch has seemingly given an honest player wallhacks for free. Although Reddit user ‘chinitotuchman‘ was sent to the Gulag, they never had to fight and were instantly sent back to Verdansk.

“As soon as I loaded into the fight (but before it started) it flashed gulag victory and I redeployed,” they explained. This usually means that their opponent would have left the game, but what happened next proves this wasn’t the case.

After dropping back into Verdansk, they could see the red outline of an enemy player across the map. As anyone would, chinitotuchman pushed and found the glitch worked exactly like wallhacks. The red outline that marks players in the Gulag countdown stayed on the opposing player, allowing our Redditor to easily pre-aim and get the elimination as they left cover. 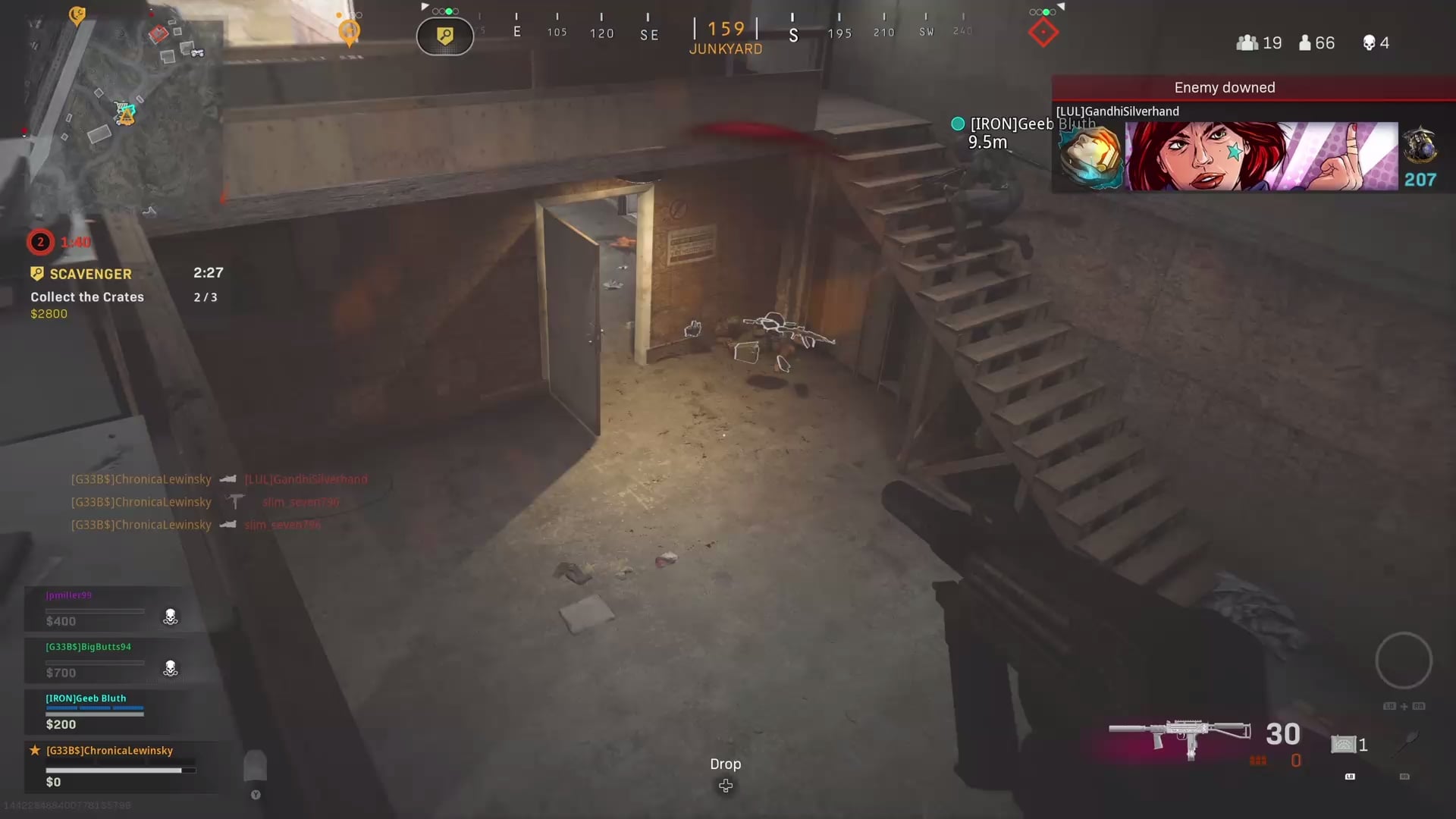 Going by the clip, it’s likely that the other player was granted the same ability, as they cautiously approached and instantly shot chinitotuchman as they came round the corner.

It’s possible that the other player’s teammate completed a Most Wanted contract while the fight was counting down which caused the Gulag to end early but never removed the red outlines.

Although frustrating to come up against, it’s unlikely that this glitch can be easily replicated. There’s a high chance it happened because the Gulag closed early, and fortunately, it only affected one unlucky player.