Microsoft has launched a new Xbox mobile app for Android phones and tablets that unifies the Xbox experience across devices. The Xbox app, currently in beta, lets you do all the usual things you’d expect from a companion app and more. Notifications can be viewed and cleared, party chat can be joined while on-the-go, and clips and screenshots can also be shared. Xbox remote play is now available too, but users over on RestEra have found one other feature that looks to be really useful. 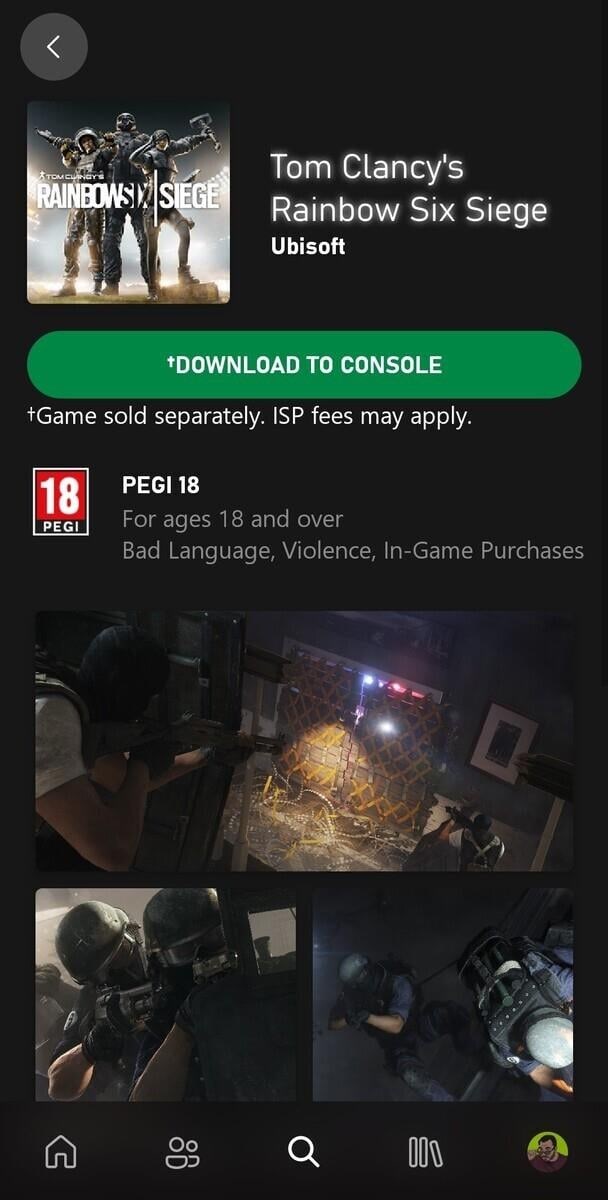 With the newly updated app, you can now download games you don’t yet own via the app onto your Xbox console. Searching for a game gives you the option to add it to your queue for download. A prompt pops up that reads, “If you do not already own this game, purchase will be required to play this game. Game sold separately. ISP fees may apply.”

For those who like to own their games on disc, this feature is a huge timesaver. You’ll be able to download an entire game, complete with updates, and jump into it as soon as you have the disc. This means no more waiting around for games to install or update. This feature also benefits those purchasing digitally. If you’re waiting until your next payday to pick up a game, you could download and install it beforehand, and have it ready to play for when payday rolls around.

This new functionality will eventually be rolled into the existing mobile app at a later date. Sadly, it doesn’t look like an achievements tab will feature in the new app when it launches (thanks, NBA Kirkland), but we’ll keep you posted on that one.

You can download the Xbox app (beta) from the Google Play Store now.

either way, ever since I had a PS3 I was so annoyed that buying a game didn’t mean “pop the fucker in and play”

nooooooo you gotta install it, and don’t forget the 7 GB day 1 patch!!!