It’s happening. With the launches of “Der Anfang” and “Terra Maledicta” wrapped up and our seasonal updates out in the wild, the Vanguard Zombies team is focusing its efforts on the groundwork required to bring round-based Zombies to Vanguard.

While we’re extremely excited to deliver this classic style of gameplay for Vanguard players, we want to set the expectation up-front that it’s going to take some time to get it into your hands. This involves extensive systems development from the ground-up in a variety of areas, including the design, implementation, and testing of round-based wave spawning and AI pathing, zoning systems, fast travel mechanics, Door Buys, Wall Buys, and plenty more.

The Dark Aether story will also ramp up throughout the events to come, which includes extensive scriptwriting and voiceover sessions in parallel with the production of game content. Development is currently underway, and we’re able to provide some early details today.

Vanguard’s next Zombies map will be a reimagining of the full scope of “Shi No Numa” first introduced in Call of Duty®: World at War, freshly enhanced with an all-new Main Quest and Side Quests, a new area to explore, a new Wonder Weapon Quest, the classic Flogger trap and Electro-Shock Defenses, remastered Easter Eggs, new Pack-a-Punch Camos, and a new Dark Aether narrative for the map. Based on our current production schedule, we’re planning to bring this map to Vanguard after Season Three concludes, and we can’t wait to share more as we get closer to its release.

In Season Three, Vanguard Zombies will include support for the latest Battle Pass weapons, new Weapon Unlock Challenges, 20 new Season Challenges with unique Calling Card & XP bonus rewards, and additional bug and stability fixes for existing content. As we shift to round-based map development going forward*,* Sacrifice will be the final Objective added to the mode. We’re also bringing updates to Black Ops Cold War Zombies during Season Three for players to jump into – more on that below.

If we could wave a magic wand and play the map right now with the rest of you, we would… in the meantime, we hope this offers a clearer picture of what goes into crafting a Zombies experience for the community. “Shi No Numa” gives us a solid canvas to build upon, and the team is pushing hard to create a truly unique chapter of the Dark Aether universe with new story elements and quests that even series veterans can discover for the first time. 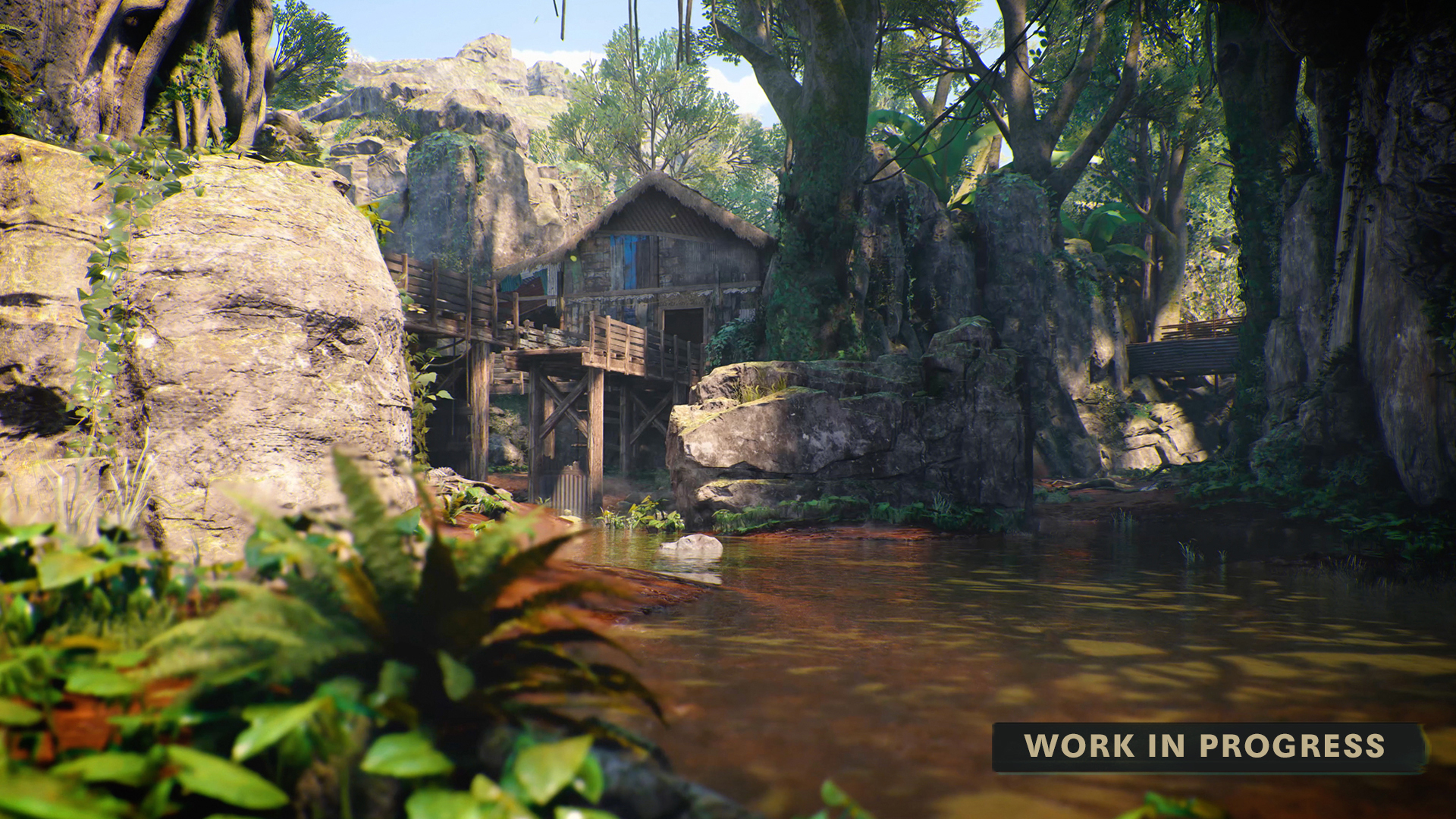 Our first batch of Black Ops Cold War content for 2022 arrived in March with the release of WMD, the Vargo 52 Assault Rifle, and the Ferro Fury Reactive Mastercraft Bundle. We were thrilled to see the outpouring of support for this content, and we’ve got more to come.

In the coming weeks, we’ll be releasing an all-new ranged weapon to take into Multiplayer, Zombies, and Warzone, as well as a familiar face from the Campaign as our newest Operator. In Multiplayer, another classic Black Ops remaster will join the 6v6 rotation when we bring Jungle to the game. This one’s an absolute favorite of ours, and we can’t wait for you to experience it with everything Black Ops Cold War’s Multiplayer has to offer for the first time.

In the not-too-distant future, we’re planning to release a new Melee weapon for use in Multiplayer, Zombies, and Warzone. We’ll also have new Operator Skins, Weapon Blueprints, Finishing Moves, Calling Cards, Charms, Emblems, and other cosmetics arriving in a new series of Store Bundles throughout the months to come. In fact, our old friend Hudson should be getting some new threads any day now… 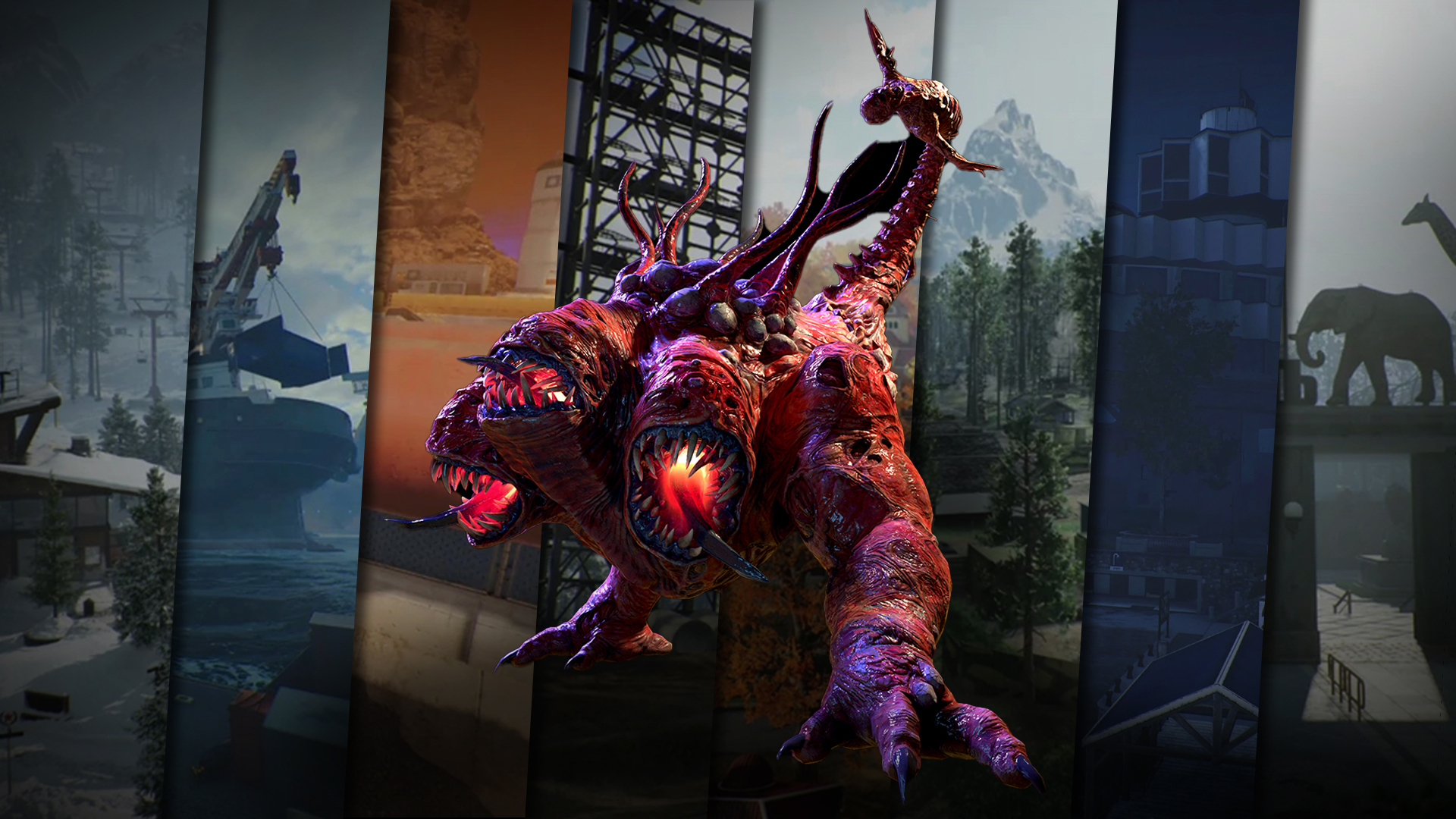 On the Zombies front, while we don’t have plans to bring additional maps to Black Ops Cold War for all the reasons we laid out at the start of this blog, we’re delivering several updates to Outbreak and Onslaught starting with Season Three. We’ll also be adding a new secret for Zombies players to discover, particularly those who’ve conquered every Main Quest that Black Ops Cold War has to offer…

Later this month, we’re bringing Outbreak Collapse to all platforms. This limited-time mode is the spiritual successor to last October’s fan-favorite LTM, where players outlast increasingly intense waves for 10 minutes before attempting to exfil from a single Region. After choosing from one of two random Regions to infiltrate, you’ll drop in and fight to survive as the difficulty ramps up every two minutes. Hold out until the time limit, and you’ll race to the exfil point at the farthest possible position from your squad while a massive surge of zombies closes in on your position. Oh, and there’s an Orda that knows exactly where you are.

For an added challenge, we’re releasing the Abomination Elite enemy from “Forsaken” into the wilds of Outbreak with this update. Just in case you thought this beast wasn’t tough enough to take down on its own, try tackling the new HVT Abomination variant we’re also adding to the Eliminate Objective.

For Onslaught fans, we’re bringing several limited-time modes to players on all platforms this year. First up will be Onslaught Mystery Munitions, where players spawn in with a random weapon and equip a different, randomized weapon after every completed Surge. As the seasons continue, players can expect to see Onslaught Accelerated, Onslaught Diminishing Light, and Onslaught Elite arrive across all platforms for the first time. Each LTM offers its own unique Weapon Blueprint Challenge to complete, so don’t miss out on the opportunity to expand your collection!

As for that secret we mentioned earlier… you’ll have to discover its location on your own. If you haven’t completed all six Main Quests yet, let’s just say now would be a good time to get on that. Depending on how many you’ve managed to conquer so far, over a dozen unique rewards could be waiting for you… including a permanent upgrade in every Zombies map. Good luck!