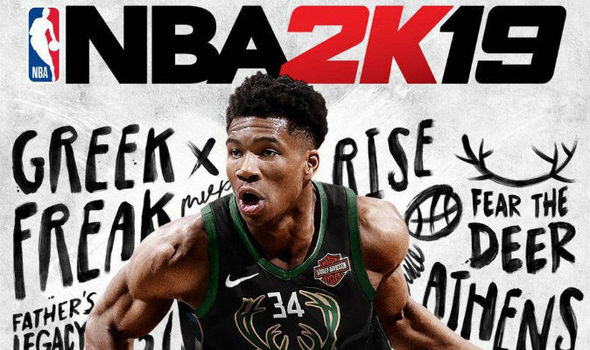 The anniversary edition is already playable and the standard edition releases tomorrow. Let GRG know if you are getting it and on what system.

I took advantage of the $15 credit when I bought Spiderman so I picked it up for PS4. @PlayStationPlayers

I hope Johnny tells you he will join you.

I got it for PS4 because some one told me you also where getting it for PS4 and that we all could play in the park together. Now 2 of us are on PS and I know of 2 on xbox. We really should get together before release next time and get it on the same console. The Park is one of the best modes in the game when you have a team that works together.

TIL never listen to Jammer.

I got it for the Switch.

You have never minded before when I was a mysterious man.

I like the game itself but the story mode might as well be called “Metal Gear Solid Basketball” with the long cut scenes in between games. I think this goes away once you are in the NBA.

I will not spoil but the overall story to the my player mode is one of the most unrealistic and unbelievably stories you could write for a potential NBA player.

I have it on Xbox, I usually play every mode a bit and see what sticks this year. I’m down for an online MyLeague if enough people are interested.

This article pulls it apart a bit.
I’d be interested to hear your views on the MTX elements.

NBA 2K19 Is A Nightmarish Vision Of Our Microtransaction-Stuffed Future

Let’s start with the good news: NBA 2K19 is not as egregious with its nickel-and-diming as NBA 2K18 was. But that being the good news is also what makes this the worst news.

Completely optional and not needed. You get awarded VC for everything you do. I make around 1500-2000 VC per game. There is one “Get VC” button in the menu like they showed and a billboard here or there advertising it. Him making it sound like the game is the mob shaking you down for protection money is absurd. Pay to win my ass. I have held my own every year against 99 rated players and never getting to 99. The game is skilled based. If you don’t know shit about basketball you are gonna suck.

TLDR: If you are an impatient little shit then yea VC could be an issue. If you just play the game you earn enough VC to spend on skills as you unlock them.