So there is a reveal trailer for a Spintires game. Some people are calling it Spintires 2. I will dig for more information. Viddy this my droogs: MudRunner - Reveal Trailer - YouTube

From the Steam page:

/!\ Spintires owners get a 50% off loyalty discount on top of the preorder offer /!\

Spintires: MudRunner is the ultimate version of the million-seller indie hit Spintires. Like Spintires before it, Spintires: MudRunner puts players in the driver seat and dares them to take charge of incredible all-terrain vehicles, venturing across extreme Siberian landscapes with only a map and compass as guides!

Drive 19 powerful all-terrain vehicles, each with its own characteristics and attachable equipment. Complete your objectives and deliveries by enduring perilous conditions across wild, untamed landscapes in extreme conditions with dynamic day-night cycles. Explore an immersive sandbox environment, enhanced by improved graphics. Overcome muddy terrain, raging rivers and other obstacles that all realistically react to the weight and movement of your vehicle powered by the game’s advanced physics engine.

With your map, compass, winch, and your driving skills as allies, go solo or join up to three others in the coop multiplayer. Download mods created by the passionate community for truck-loads of content and an ever-evolving Spintires: MudRunner experience.

Can’t confirm, however there is a filthy rumor that console version will have mod support.

No mod support on consoles planned on release. So maybe later then? Hi there, We've noticed that a lot of you are asking similar questions, and so that we answer all of them in one easy way, we decided to put together a post answering them all! Please find the most commonly asked questions below, but if you have any...

What is real-time mud?
Muddy terrain, rivers, and other obstacles all realistically react to the weight and movement of your vehicle, thanks to the game’s advanced physics engine. “Real-time mud” is the term we came up with to summarize all this!

Will existing mods work?
Yes, we have a seperate ModConverter tool, and we plan to have this tool available at release.

Will we include mod support at release?
Yes, absolutely!

Will we fix the camera auto zoom?
Yes, we know that a lot of players are asking this, and it is something we’ll be fixing for release.

Will Spintires: MudRunner have VR support?
Not at release, though we would like to explore this if we have the opportunity.

Will lights, sound and mud be synced in multiplayer?
No

Will there be a map editor?
Yes, on PC.

Is this a re-release of Spintires?
Spintires: MudRunner is the ultimate version of Spintires. Developed not only for PC but also for the first time for PS4 and Xbox One. It’s a huge upgrade over its predecessor, as this edition comes complete with “a brand new Sandbox Map joining the original game’s 5 environments, a total graphical overhaul, a new Challenge mode with 9 new dedicated maps, 13 new vehicles and other comprehensive improvements.” Original Spintires players on Steam will get 50% off MudRunner as a loyalty discount. More info and details coming very soon – follow us to make sure you don’t miss any info.

Will there be a Nintendo Switch version?
No, we don’t have one planned at the moment.

Will this game also be abandoned?
No. We at Focus Home Interactive have always supported our games, during and after release. We strongly believe in Spintires: MudRunner, and our objective is to produce a great game, which we intend to continue supporting with updates to enrich the game’s experience even after release. We always pay great attention to community feedback, and both we and Saber will make sure that MudRunner receives attention and improvements after Day One.

Customisable vehicles on consoles?
No.

Cockpit cam?
We don’t plan on having this in the game at release, but it is something we may explore after.

Will there be Linux support?
Not planned at release.

Will there be Mac support?
Not planned at release.

Will there be mod support on consoles?
Not planned at release

Will there be vehicle customisation?
No.

How will deliveries be handled?
Deliveries will work the same way that they always have.

What framerate will Spintires: MudRunner run at?
Locked to 30fps on consoles, locked to 60fps on PC.

Will there be a retail release, or only digital?
This will depend on territory. More information will be coming soon on the official website. http://mudrunner-spintires.com/shop

Will there be 4k compatiblity on consoles?
We’re in discussions to bring PS4 Pro and Xbox One X features to the game after release, but we have nothing to confirm yet.

What languages will be available?
At release, Spintires: MudRunner will be playable in 8 languages - English, French, German, Italian, Spanish (Spain), Portuguese (Brazil), Russian and Polish.

Will there be tracked vehicles?
Not at release.

Will you support dedicated servers?
Not at release

That is Pavel Zagrebelny’s vk.com page in Russian. Here is the post translated into English:

Greetings to you gentlemen!

Today, the announcement of a new version of Spintires took place!
It is called Mudrunner: A Spintires game (or Spintires: Mudrunner) 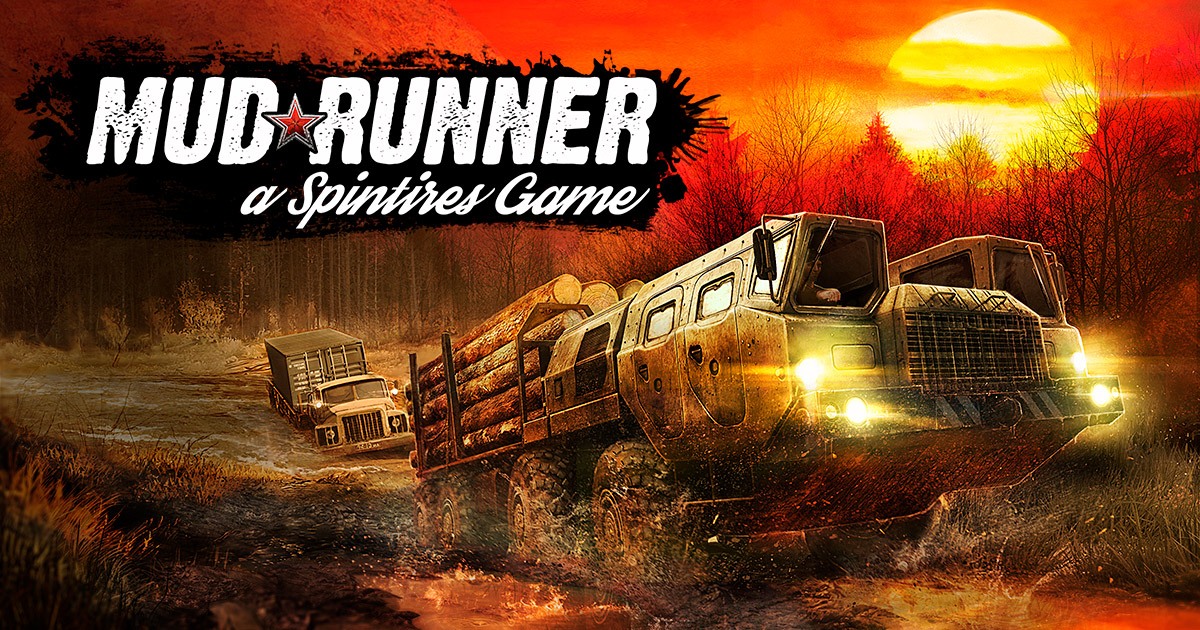 The essence of the game has remained the same, but everything is very much redone and improved. Here are some of the main innovations:

And much more!
But the main thing is, of course, graphics improvements, which can be estimated even from the screenshots!
For the owners of the old game - 50% discount in Steam!
System requirements for PCs have not changed.
The game will also be available for PS4 and Xbox One.

PS. Every day the delayed release of the new version was spent on improving the game!

Mudrunner is available for pre-order on Xbox One and PS4. Price is $40 USD. Currently there is a sale on Xbox Store for 10% off until the game releases on October 31st.

TC9700Gaming, a YouTube streamer got early access to the PC and Xbox One version. Here is the first Let’s Play video of the Xbox One version: https://youtu.be/s0ioCbkWyTg

I have been watching Keralis play it on YT. It looks pretty good.

Agreed. Game looks great. TC9700 was having some controller issues as if the buttons were remapped. I think that was an ID10T error. It won’t have wheel and pedal support for consoles at launch but the developer is looking into support for a future date.

Not being a dick here, but what’s the goal? Watched a couple vids… Is it to not get stuck? FYI… 5 and 7 tons are fun, just don’t ride in the back!

You must haul logs from one part of the map to a lumber mill on another part of the map with select limited vehicles with out getting bogged down in thick Russian mud. Definitely a niche game.

From the Focus Home Forums:

Hi all! We’ve just introduced a new hotfix that addresses some performance issues that were reported in the PC versions of Spintires: MudRunner after The Valley.

The Valley, a free DLC for Spintires: MudRunner is out now! It’s now available on PC, PS4 and Xbox One in all regions. Please remember that on PS4 and Xbox One, you will need to download separately from the game, by adding it to your account in the respective stores.

Included in this update is:

We are currently investigating reports of poor performance in this latest update. If you encounter performance issues with this update, please try the following:

This should help with the issue while we work on a fix.

The game will now detect available video memory and will downgrade textures if they don’t fit.
Lobby hosts will now select up to eight mods for the game.
Enjoy, and we’ll see you soon!

As was stated in the last update post where we announced The Valley, we’re going to be doing a monthly community update for Spintires: MudRunner, to let you know what we’re working on, what to expect soon, and some other cool things!

To start, it’s not been that long since The Valley released on February 13th, but we’re very happy to see so many players enjoying the map and the three new vehicles that we added to the game at this time. What has been your favourite part of The Valley so far?

We have a little treat for you all today, in addition to all the news below. We’ve noticed that some players have been making their own navigation maps and that these have been made using screenshots of the fully explored map screen, or in some cases hand drawn. We understand that this is something that many of you would like to do, and so we’ve packaged all the map images, in high resolution, for you to print off and make navigation maps with. Please enjoy!

The maps can be found here!

Now, the bit that you’ve all been waiting for, what we’re working on! There’s actually a lot going on with Spintires: MudRunner right now, all of it in various stages of development, and not much of it that we can actively talk about at the moment. With that said, we can specifically say some things that we’re working on and aim to have out this year.

We’re currently working on an additional update coming out early this year that we currently expect to include workshop map support, as well as some other cool new features!

As well as this, yes, MudRunner USA (work-in-progress title) is currently in development, and we aim to have this out this year. It will, of course, be set in the United States. We understand that a large part of the Spintires: MudRunner community are based in the United States, and would like to support them with content that is a little bit more familiar. We’re also looking into licensing official vehicles for this.

Finally, a Nintendo Switch version of Spintires: MudRunner is currently being worked on. We don’t have much more to say about this right now, but it is coming, and we’ll have more news about it in the future!

In conclusion, we’re working on a lot of different things currently, all of which will come later in the year! We’ll have more news on these individually as the year progresses.

Thanks, and talk to you soon!strong text 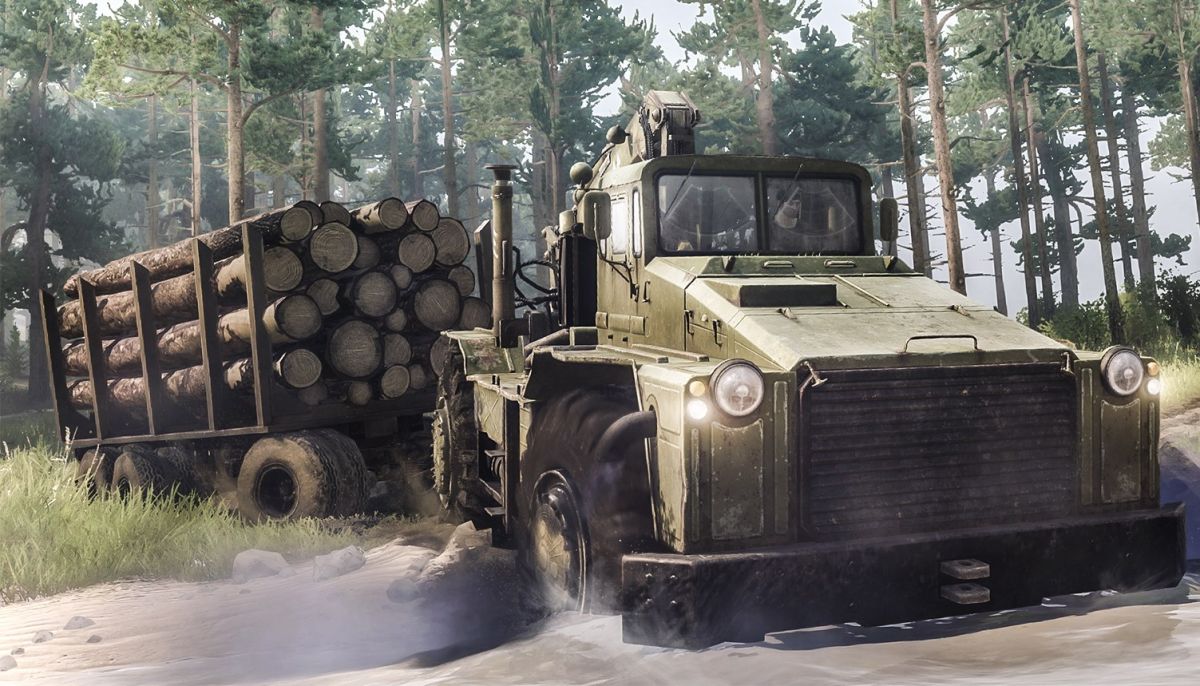 Drops on May 29th, 2018. Free for everyone. I missed this last weekends Spintires shenanigans. Would like to get in on it this coming weekend. I will probably get my wheel and pedal set out. Need to see about getting an optical switch for my audio. Now might be the time.

How many people are interested and on what platform are you planning to play? I have PC and Xbox.

was running a map earlier on this…fun relaxing game…def not a quick paced one at that.