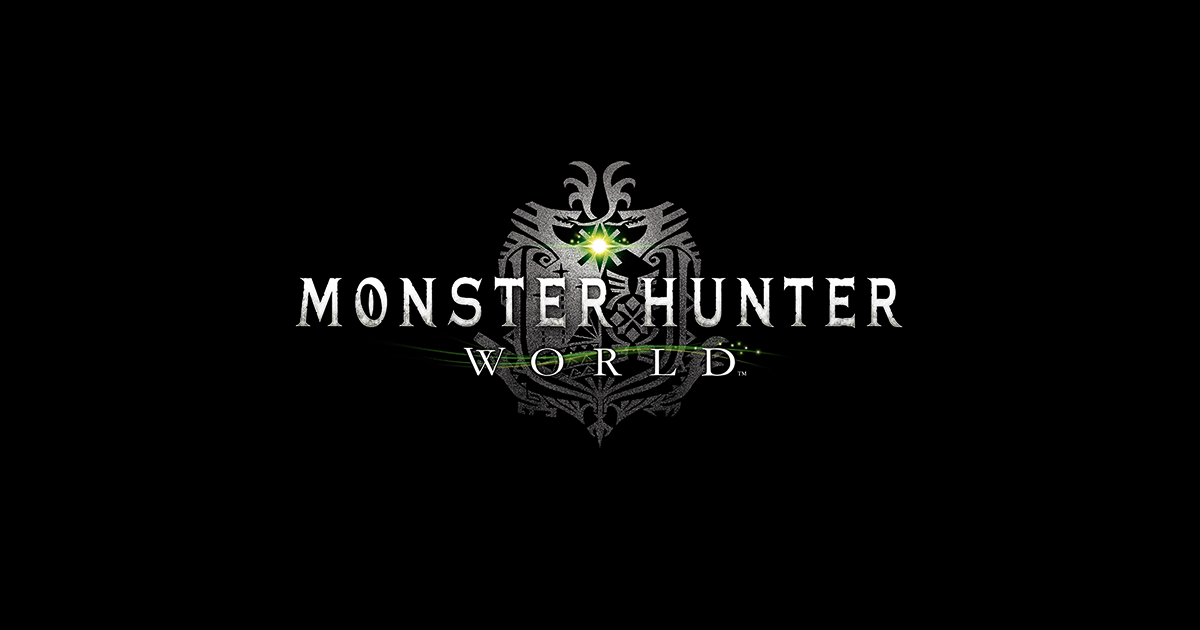 In Monster Hunter: World, the latest installment in the series, you can enjoy the ultimate hunting experience, using everything at your disposal to hunt monsters in a new world teeming with surprises and excitement.

Monster Hunter is an action RPG series that puts you in the boots of a hunter, facing off against gigantic monsters in magnificent, lush environments.

As a hunter, you’ll take on quests to hunt monsters in a variety of habitats. Take down these monsters and receive materials that you can use to create stronger weapons and armor in order to hunt even more dangerous monsters.

What is Monster Hunter?
The games are primarily action role-playing games. The player takes the role of a Hunter, slaying or trapping large monsters across various landscapes as part of quests given to them by the locals. As part of its core gameplay loop, players use loot gained from slaying monsters, gathering resources, and quest rewards to craft improved weapons, armor, and other items that allows them to face more powerful monsters. While initially single-player games, more recent titles have up to four-player cooperative play, with all Hunters working together to take down monsters.

As with RPG there is always some type or ways of progression. In the Monster Hunter Series, and what can be expected in Monster Hunter: World, the player/hunter gains ‘Rank’ through various missions. These missions are recieved via challenges boards, Specific NPCs, etc…

Now ‘Rank’ is what allows you to progress through to Higher level missions. Potentially also unlocking other areas of the game map I would imagine as well, just like in previous MH games.

As far as you Player/Hunter level…it really doesnt exist. If you tried to label it…it would be all ‘Gear Based’…So your gear is ‘Tiered’ and completing certain gear sets also provides you with Bonuses or Buffs. Gear selection can make a HUGE impact on how successful you may be at hunting a specific monster or how well you perform in a certain Area-Type over another.

And what about this Gear you Ask?..You can buy basic gear from vendors, but to get the really good stuff…you must hunt the monsters to carve, break-off, pick-up various monster parts that are required to build/craft the gear items you want.

So not so much going into Gear Types…lets look at Weapon Types, that will be available in the upcoming game.

There will be 14 different weapons at the Hunter’s disposal, each with their own unique characteristics and attacks. Many hunters acquire proficiency in multiple types, while others prefer to gain mastery in one.
Click on gear links to see a short video overview of that weapon

And lastly for the start of this thread I leave you with this video brought to us by Monster Hunter: World that shows us some basic gameplay with Questing and Hunting.

It could be interesting.

I played one of these on the 3DS…i enjoyed it. The only complaint I had then…was not being able to use a proper controller.

Yeah, I played one on the PSP awhile back. I liked it, just could not keep track of what was going on on that tiny screen.

I DID play Gods Eater Burst on the PSTV…that worked a lot better. Might give this a try.

Game looks really cool, rumors are that its going to be really grindy. I am going to keep an eye on it.

Monster Hunter has always been grindy to a point. You could have kill the same monster 5 times to get that material that you need for the specific gear/weapon you are trying to craft.

Monster Hunter World launches for PlayStation 4 and Xbox One globally on January 26, and those interested in picking it up will have a few options to choose from. In addition to the standard release, Capcom announced today that the open-world game will also be available in Digital Deluxe and Collector’s Editions.

The Digital Deluxe Edition retails for $70 and comes with a variety of customization options for players to use on their hunters, including a Samurai Set skin, three gestures, two sticker sets, and an additional face paint and hair style option. The PS4 version of the Digital Deluxe Edition also comes with 14 weapon-themed PSN avatars. Capcom says all of the aforementioned items will be available to purchase separately when the game launches.

The Collector’s Edition, meanwhile, runs for $150. It contains a physical copy of the game, a voucher for the customization items included in the Digital Deluxe Edition, a hardcover art book, a monster statue, and a code for a digital soundtrack, all housed in a collector’s box. We’ll update this story with a photo of the Collector’s Edition when it becomes available.

Players who reserve the game digitally or at retail for either console will also receive the Origin Set Armor and Fair Wind Charm talisman as special pre-order bonuses. Both items “offer improved starting defense and offense stat boosts for the hunter as well as a useful gathering skill.” Those who pre-order the game digitally from the PlayStation Store will receive a Monster Hunter PS4 theme. Capcom says the Origin Set Armor and Fair Wind Charm “may be made available through alternative means at a later date.”

Monster Hunter World is also coming to PC later next year. Capcom released a new trailer for the game during Sony’s Tokyo Game Show, showcasing World’s story and some of the new monsters and areas they’ll encounter during the adventure, such as the beautiful Coral Highlands.

Capcom has announced a release date for the upcoming Monster Hunter game, which will be available for PS4 and Xbox One in Digital Deluxe and Collector's Editions. 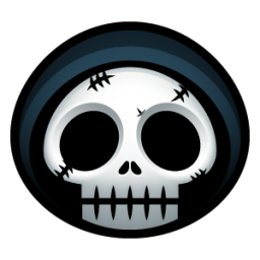 Anyone heard of the Monster Hunter series…mostly up until now, it was a handheld game. But now it is breaking and making its presence on consoles and PC. To get a quick run down…check out our mega thread on it, but then come back and continue read...

Sup sup Reapers. Just linking some of the latest gameplay and trailers. This game’s release is just around the corner. Any one getting this game? If so, for what system? Enjoy the Trailers. 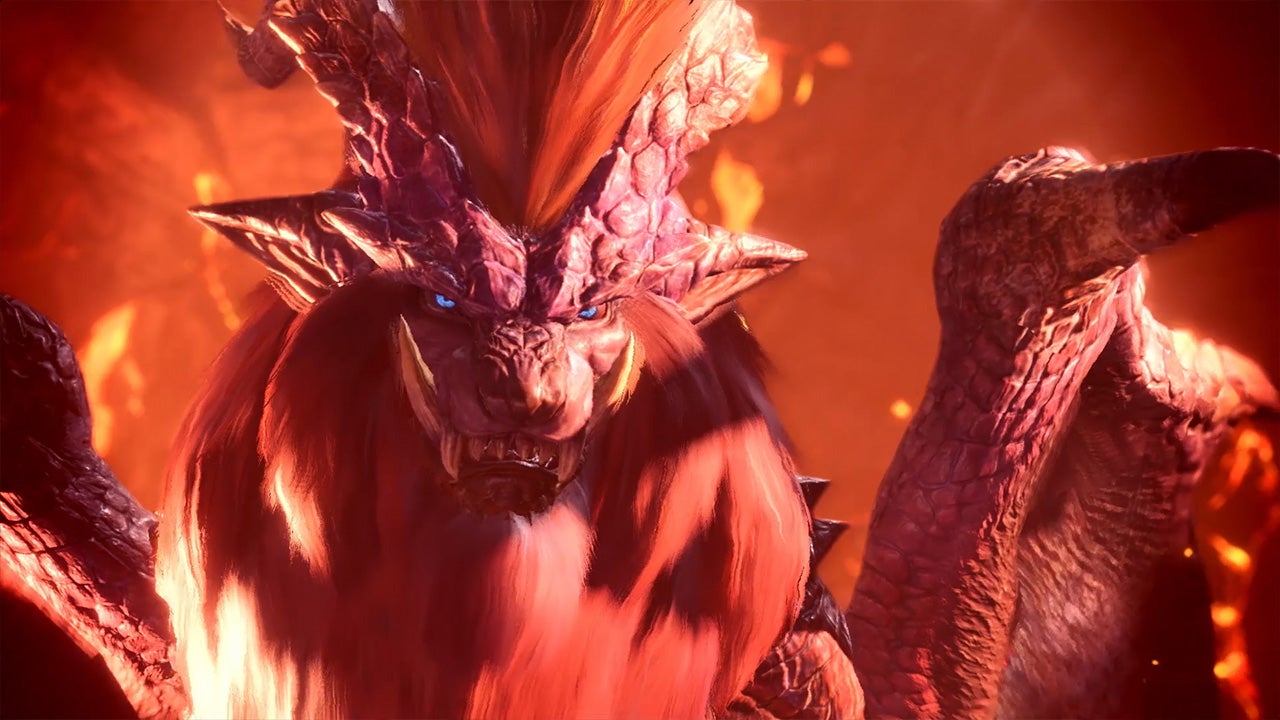 A new trailer features Elder Dragons, but what are they and why are they important? See them all here and learn what to expect from these fierce beasts.

Looks intriguing now that we’re getting closer to launch…

Oooo. This looks good. I want to get it on PC but that versions delayed until the fall. I may pick it up on the Xbone in the mean time.

Keeping an eye on this one. Coop in this with GRG tater squad should be fun. Probably have trouble taking down a chicken.

More like squad wipes due to friendly fire “accident”. Chicken laughs. Lala bitches about people not being on his level.

Edit- I’m going to wait a few days for the reviews and then buy it.

And yet la la is the first one killed by the chicken while everyone watches. The potential for entertainment is limitless

I imagine crocodile hunter style commentary while looking for the monsters. “Alroit. Thar she is. Lets see if we can get a thumb in it’s bumb! OH CRIKEY She’s mad!”

Will be buying this one

I’ve been watching some of the streams from the PS4 beta. Probably will be preordering within the week.

Won’t be able to get it on launch, but I will DEFINITELY be picking this up on the Xbox if anyone wants to have a clan or something in-game.

According to a video the clans will be called Squads. They have a 50 player cap but you can join up to 8 Squads. If there are no objections, I wouldn’t mind leading an official GRG Squad. We can even use custom images so I could put the logo up. What’s the process @Lala_Calamari ?