It a ppears the name for the Battle Royale mode for Modern Warfare might have leaked via a user on Reddit who “claims” to have an inside source.

The user posted an image on r/ModernWarfare of what appears to be the key art for a “Call of Duty: Warzone.”

The key art appears to confirm it’s directly tied to Modern Warfare with the same Ghost operator in Season 2 featured in the art.

This is the reportedly leaked key art:

We are unable to verify the authenticty of the image as of now.

Activision has not acknowledged or confirmed any of these details. We’ll update as we learn more.

Other rumors are that they will release this mode as a free to play stand alone. You’re Modern Warfare progress will carry over.

Think that’s true? Would be smart on their end. Pull a Fortnite and Apex.

Then what is the classified tab for on the home screen for?
I don’t think it will be free to play, but what the fuck do I know?

Maybe it’s accessible from MW or as a standalone.

The standalone rumor is just that. Probably BS as Activision is so short sighted they won’t give anything away for free even though they could make it all up and more on the back end.

Other users have also seemingly confirmed the name, though the keyart used for Warzone appears to continually be taken down due to copyright strikes. One user in particular named Miguel Lozada goes one step further by saying Warzone will also be a standalone free-to-play game, believing the move to be a big game changer for the franchise. If true, this could position it to become a very strong competitor to other popular Battle Royale games like Apex Legends and Fortnite .

Here’s the main image which has all the options locked, including a Training mode: There’s an option for Weapons, Operators, and Barracks inside of the Warzone menu per the above image.

Another image shows that Warzone will have “Drop Kits” that players can edit before matches start: With Season 2 update in Modern Warfare, Infinity Ward added a “CLASSIFIED” mode to Modern Warfare’s main menu, alongside an in-game cinematic for Season 2 that teases the overview of the Battle Royale mode.

Late last night, a user on Reddit shared an image of the key art of Call of Duty: Warzone, which has been copyrighted by Activision across social media.

Looking forward to it for sure. I can’t see it being stand alone, but who knows. Companies do dumb shit all the time.

Updated: A user on Twitter, @CaptainBadfoot, states that he was randomly thrown into the Warzone lobby and the training and was able to play the training as well as share first look at some of the menu options, including a Trios mode option. Here’s the images of the menu, including showcasing a Trios mode:

Update : Potential first gameplay of Warzone leaked. Activision has taken down the video. 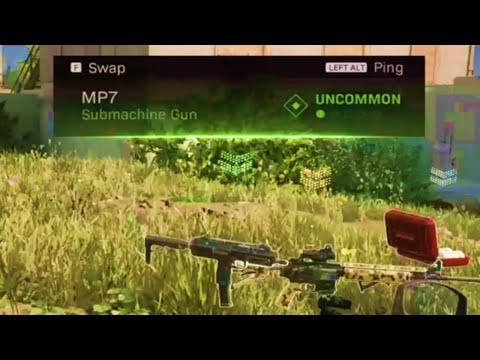 TheGamingRevoYT has posted a video of what appears to be the first audio of Call of Duty: Warzone. He posted a tweet saying he has “leaked” footage of the mode, but has not shared actual gameplay at this time.

Activision has taken it down too.

We are unable to verify the authenticity of the audio for now.

He also posted an image of the Supply Station items for the Warzone: Call of Duty: Warzone is reportedly set to be the name of the upcoming Call of Duty: Modern Warfare Battle Royale mode. Activision has not officially confirmed a BR is even in the game as of now, but plenty of rumors are suggesting it’s about to happen. There is no release date for this mode as of now.

“A user on Twitter” aka Infinity Ward PR person.