Modern Warfare 2 is being Remastered! BULLSHIT!

Big news, everyone. It has been confirmed by both Larry Hryb of Xbox and Infinity Ward that Call of Duty: Modern Warfare 2 is being remastered for PC, Xbox One and Playstaion 4!

Read more and see proofs below: Call of Duty did mention 2016 would be a big year, and now I think “big” is an understatement. Here are tweets by Larry Hryb of Xbox and Infinity Ward, the creator of the original MW2: Here is an image which rumored this release a few months back that everyone ignored that may well be legit: Time to bring back the Pro-Tube!

Holy shitballs…this is amazing news, time to put another 45 days in this one!!

It was late last night…Digging around this morning and it appears it may be Bullshit.

MW2 won’t be remastered because it would probably sell better than whatever IW is making for this fall.

I still don’t understand why you all think this is coming when it just hurts current COD releases in my opinion.

I still don’t understand why you all think this is coming when it just hurts current COD releases in my opinion.

Because we’re all hopeful CoD goes back to at least MW2 standards. It’s a shame when you consider MW2 to not be an over the top CoD title.

Even if this did happen… it would just be campaigns… just go play the old ones.

those games are great, but that was then. I don’t think ppl would enjoy them for more than a few days.

I doubt that. A lot of us long time Cod players hope they go back to their roots. Enough of the advanced warfare shit. Super twitch moves and lightning quick ttk. Then there’s the million kills streaks and specialist perks. The game really needs to lose that horse shit. It’s above and beyond at this point.

The fact that MW2 is considered toned down when compared to today’s CoD games is sad.

“everyone wants the older style games, so lets give it to them”

reviews “for $60 you get half the features you used to get. this is just a remake of the older COD titles, they must be running out of ideas. 5/10” LOL

or kids “what do you mean i only have 3 streaks and i can’t choose them or mod them? no double jumping??? this is boring”

as samey as each COD is… they do add new features. the next product always seems to have to be bigger than the last. I still think AW was the best since blops 1.

as for TTK… when you see a huge chunk of your player base playing hardcore, im sure they are thinking “well if thats what ppl want, we will reduce the TTK in core”

its my opinion, but i havent bought a COD since MW2, MW3 looked excactly the same, played blops 1 and 2 through gamefly but didnt make me want to go buy them. skipped ghosts… I had a blast with AW.

i dont think they can make a online MP game BC cuz it is 360 servers, and well, playstation doesnt have BC really.

If we were focusing on single player, than yeah, go back and play it.

wouldnt work anyway. nobody cares about those games or they would still be playing them on ps3/xbox 360. there wouldnt be a hype.

as for TTK… when you see a huge chunk of your player base playing hardcore, im sure they are thinking “well if thats what ppl want, we will reduce the TTK in core”

Where are you pulling those numbers from?

I’m inferring from all the bitching when blops launched and then the percentage of players in the playlists.

This is interesting. Not sure how true it is. 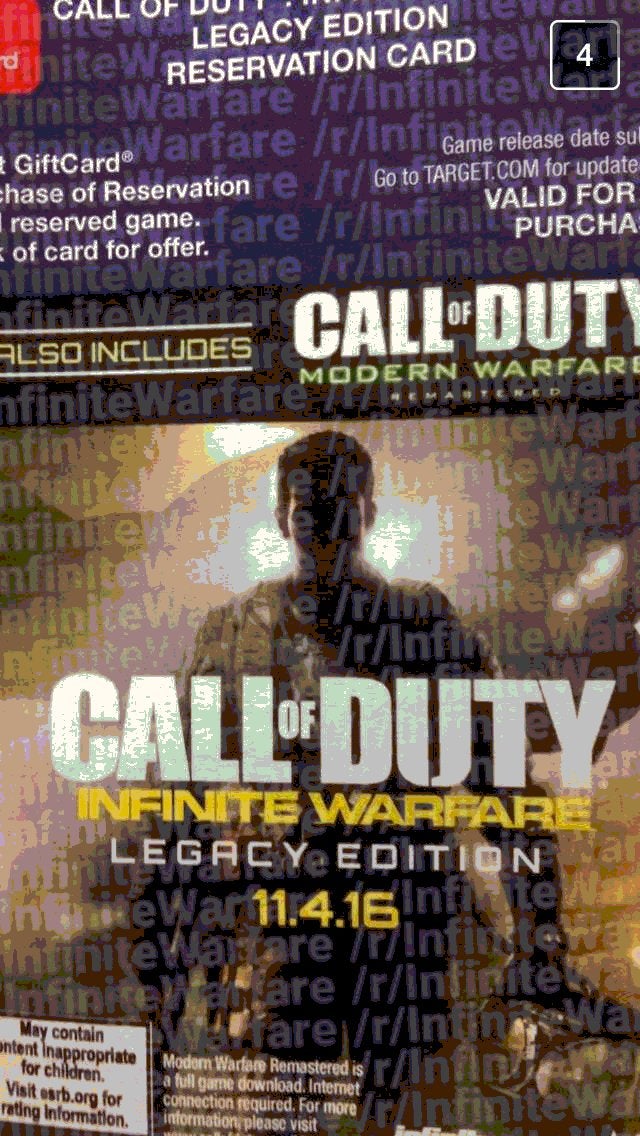 Haha…linked another article on it in the Infinite Warfare thread.