I hate PS4 for this…why can’t XBox do a fucking baseball game?!

One of the reasons I have one. It’s nice to see player faces have made it to the next gen. It is one thing that I don’t like about 16.

My son has one, but I can almost never play on it.

The only reason I ever want a ps4.

My favorite sports franchise to play. Fuck Madden! Baseball can be boring to watch but they put out the best sports game every year in my opinion, with NBA 2K a close second. I don’t buy sports games every year like I use to but if there’s enough interest I’d pick this up.

Ugh I hate looking at articles for this game as it is the one thing I miss playing when I had a ps3.

Even as competing sports developers have done more to revamp their career modes over the years, Road to the Show has remained near the top of the heap. It might not sound attractive to spend one or two seasons in the minor leagues before being called up to “The Show,” but riding that struggle bus in Double A and Triple A makes you appreciate the big leagues that much more.

MLB 17’s Road to the Show features a story called Pave Your Path in which you’ll have the ability to control the progression of your career, and not just in the traditional way of choosing how to allocate your experience points. As you may have noticed in the game’s first trailer, the mode will include cutscenes that present you with decisions — think of them as branching paths in a traditional RPG, where the various choices can lead to different outcomes.

“If you create a shortstop, your career might not end up as a shortstop, depending on the decisions you make,” said Ramone Russell, game designer and community manager for MLB The Show at Sony San Diego, in a phone interview with Polygon yesterday. “There aren’t any right or wrong decisions in Pave Your Path. It’s just all about how you feel, and the personality of your player.”

“THERE AREN’T ANY RIGHT OR WRONG DECISIONS”
Sony San Diego consulted with current baseball players like Washington Nationals breakout star Trea Turner, whose path to the major leagues presented an archetype that players may encounter in MLB 17. Turner started out as a shortstop, but the team asked him to switch to center field because it had more of a need there. Now, with Turner having finished second in the National League Rookie of the Year voting last season, he’s returning to his natural position.

“Something will happen,” Russell explained, “and the manager will say, ‘Hey, you’re [at] this position; we want you to play this position.’ And it could be a short-term deal, or it could be, like, ‘Hey, we looked at your skill set, and we want you to move to second base for good. What do you think about that?’ And then you have to make a decision based off of the situation that happens.”

You can see that kind of career-changing choice in the screenshot above featuring the Erie SeaWolves, the Double-A affiliate of the Detroit Tigers. Russell said he didn’t want to spoil the other kinds of decisions that players will see in MLB 17, but hinted that the cutscenes will focus on what makes baseball special.

“That minor league experience is so unique to baseball — you don’t see it in other sports,” said Russell. “Like, they’re really eating peanut butter and jelly sandwiches every day; there’s five, six guys to a room.”

“THAT MINOR LEAGUE EXPERIENCE IS SO UNIQUE TO BASEBALL”
Russell acknowledged that other games have offered story-based career modes. In particular, NBA 2K’s MyCareer featured cutscenes with general manager meetings — chats that could influence team chemistry — all the way back in 2012’s NBA 2K13. But Russell said that Sony San Diego feels it’s offering something different, specifically because the choices in MLB 17’s Road to the Show can completely alter the path of your player’s career. Of course, not every decision will be that big, and Russell described the frequency of the major cutscenes as “occasional.”

Another way in which Sony San Diego will set itself apart is by delivering additional cutscenes, scenarios and dialogue after the launch of MLB 17. Russell said the studio is still working on the details, such as how much new content it will release and when it will deliver those updates, but said “it’s definitely on our roadmap.” Although Russell didn’t give any hints as to the nature of this post-launch content, you could conceive of a situation in which, a few seasons into your MLB career, you’re given the option to take a pay cut or be released from your team.

Those decisions will be reflected in Road to the Show’s new in-game social media feed, a feature seen in many other sports games. Russell also tempered expectations somewhat, stressing that this is the first year of a long-term plan to add story elements to Road to the Show. We’ll have to see how it plays out when MLB The Show 17 launches March 28, exclusively on PlayStation 4.

Update: Russell described the presentation in Pave Your Path as “documentary-style,” with a narrator that describes the action as it plays out. (The mode doesn’t give your player a voice.) Now we have further details on MLB 17’s changes to Road to the Show, courtesy of the PlayStation Blog.

“Your future at your position, the public’s perception of you, and your role with the team hang in the balance,” said senior game designer Steve Merka. In addition to your club’s manager, as seen in the debut trailer, you’ll meet with people like coaches and representatives — in fact, you’ll be able to hire an agent to act on your behalf. The decisions you make will also cover your player’s life off the field. 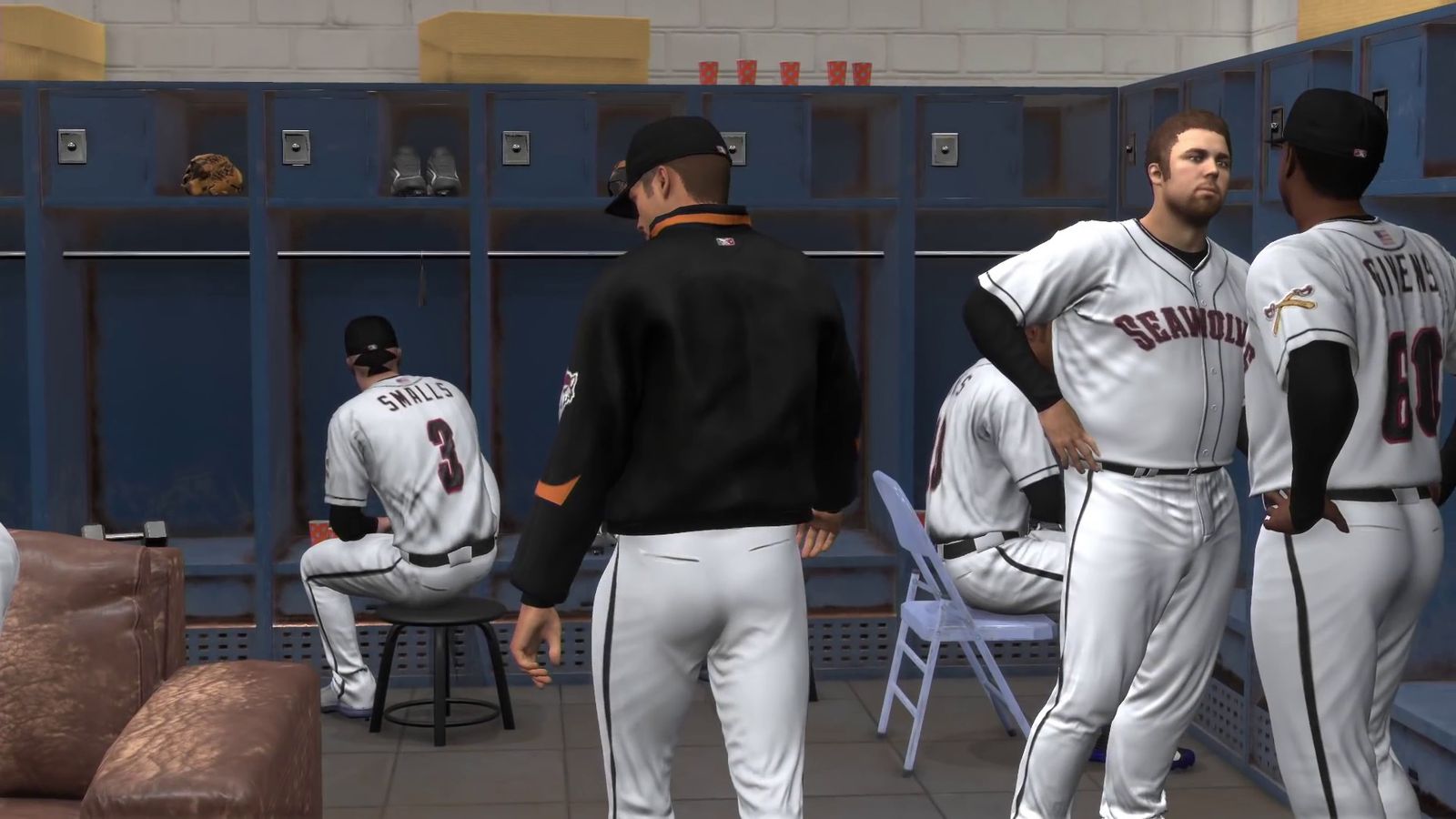 ‘Pave Your Path’ in Road to the Show

@anon42851937 said on the Corn Cast this game was one of the main reasons he still has a PlayStation.
Was that a lie too?
I don’t own a PS and now I am craving a baseball game for XB1

My son has a PS4 that I bought him, but he won’t let me play on it…asshole. SO, I may just be stuck with the next best option… R.B.I. Baseball 17 It’s only 20 bucks

MLB The Show is the only reason I want a PS4. In terms of “arcade simulation style” baseball it year to year is top notch so for once the corn man told the truth. For text sim realism and customizing anything you want really and starting from any season that would be Out of the Park baseball on PC (new one is out Friday).

It is a really good baseball game. I have last years. Not sure I will get this years until a price drop.

Damn it man. I guess I need to pull the ps4 out of storage.

We should set up a baseball league

I picked it up. I am down for a league.

I’m gonna try and convince my son to let me move his PS4 to my room. He just got a Gaming PC…he doesn’t need everything in his room does he?

I so badly want to play this.

Same here. Just want to get the feel for controls in case there are any differences.

and like normal The Show is having network issues. I have been trying to create my Diamond Dynasty team uniforms for about an hour and a half and then all of sudden network issues. I hope it saved or I am going to be a tiny bit mad.

I am. So…anyone interested reply here and I’ll get one started this weekend.

I had started one but people have to actually play to be invited and at the time it was just me and Richard.