Clash with your fellow players in Cyrodiil, the Battlegrounds, and Imperial City during the Midyear Mayhem event and you’ll earn bonus Alliance Points and exclusive new rewards!

Midyear Mayhem is back, and the horns of war bellow once more from Thursday, January 23 at 10:00AM EST, until Tuesday, February 4 at 10:00AM EST. During this PvP event, you can earn bonus rewards, XP, and Alliance Points by battling your fellow players in the Alliance War, Battlegrounds, and Imperial City.

Here’s how you can join the fight:

To ensure you receive your due honors, hang on to the Scroll of Pelinal’s Ferocity and reuse it during the event period. If you happen to discard it, you can acquire another from Predicant Maera for 100 gold or 100 Alliance Points (look for her near Battleground camps for this purpose also).

Keep an eye out for three additional PvP campaigns opening up for the duration of the event, too! They won’t be Alliance locked.

During Midyear Mayhem, you can earn new collectibles as rewards in addition to the Midyear Victor’s Laurel Wreath.

You can don the garb of the legion by picking up the Outfit Style pages for the Legion Zero’s armor, dropped from bosses in the Imperial City, including those found in the sewers and the city proper.

Show your colors with the Standard-Bearer emote! This new emote is earned by collecting 10 Standard-Bearer’s Emblems, found within the first Pelinal’s Midyear Boon Box you open each day per account. Once you have 10, you can combine them with a Standard-Bearer’s License (on sale for 50,000 AP) from Predicant Maera to create a Runebox with the emote for that character’s Alliance. Make sure to use it on a character of the Alliance whose banner you want to hold high! 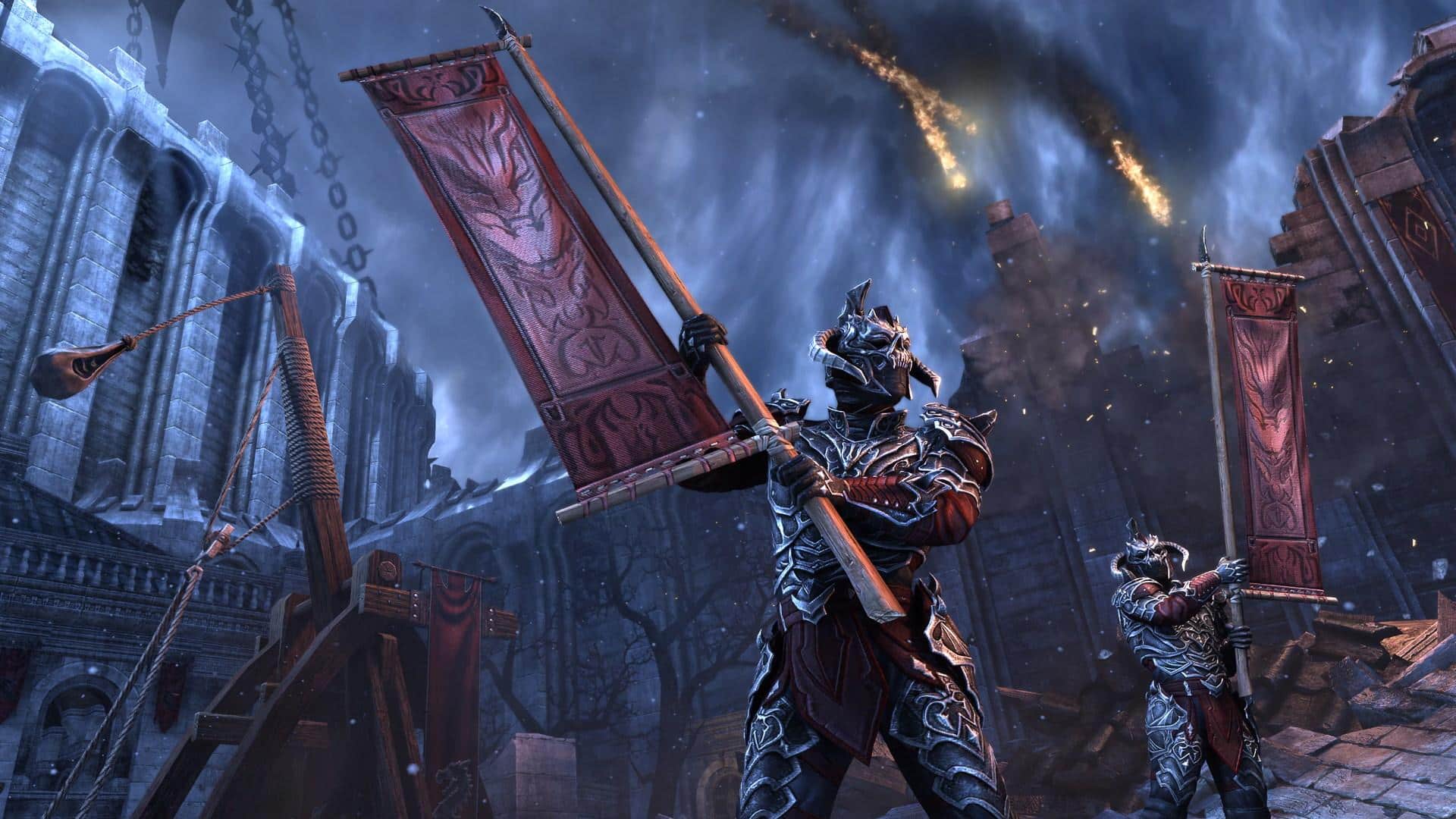 As always, you can earn the Midyear Victor’s Laurel Wreath collectible by earning glory on the battlefield and completing the below event-specific Achievements: 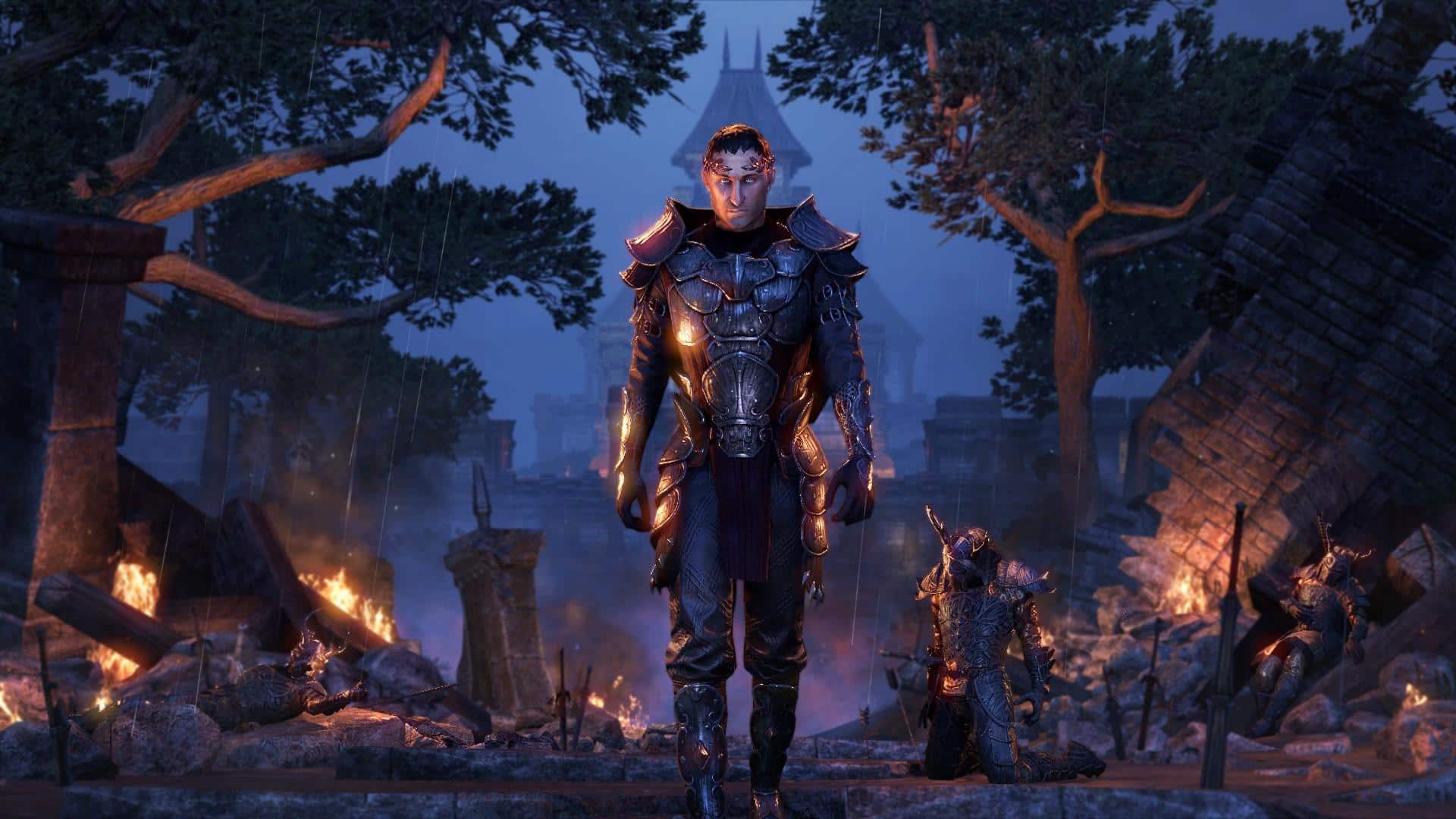 Note that access to the Imperial City DLC game pack is required to earn all of the above Achievements (now free in the in-game Crown Store!).

When you engage in PvP during the Midyear Mayhem event, you’ll receive Pelinal’s Midyear Boon Boxes in addition to your regular Rewards for the Worthy containers AND as rewards from various PvP daily quests. These dailies include:

Pelinal’s Midyear Boon Boxes have a chance to contain the following items:

In addition to this, during the event, harvesting nodes within both Cyrodiil and the Imperial City drop double their regular resources, and the Cyrodiil merchant Adhazabi Aba-daro (also known as “The Golden”) stocks Alliance War Legendary-quality jewelry, with necklaces during the first weekend and rings during the second.

To earn Event Tickets during Midyear Mayhem, complete any of the following PvP daily quests:

When you complete one of these quests, you receive three Event Tickets in addition to your regular rewards. Note that you can earn only three tickets per day per account, resetting at 1:00AM EST each morning.

During the event, the Impresario will stock the following items:

This event features the first two Indrik Berries for this quarter’s evolution, the otherworldly Spectral Indrik! Be aware that if you purchase the Legion Zero Outfit Style pages and Banner Emote items for Event Tickets, they are bound to your account, meaning you can’t trade them. 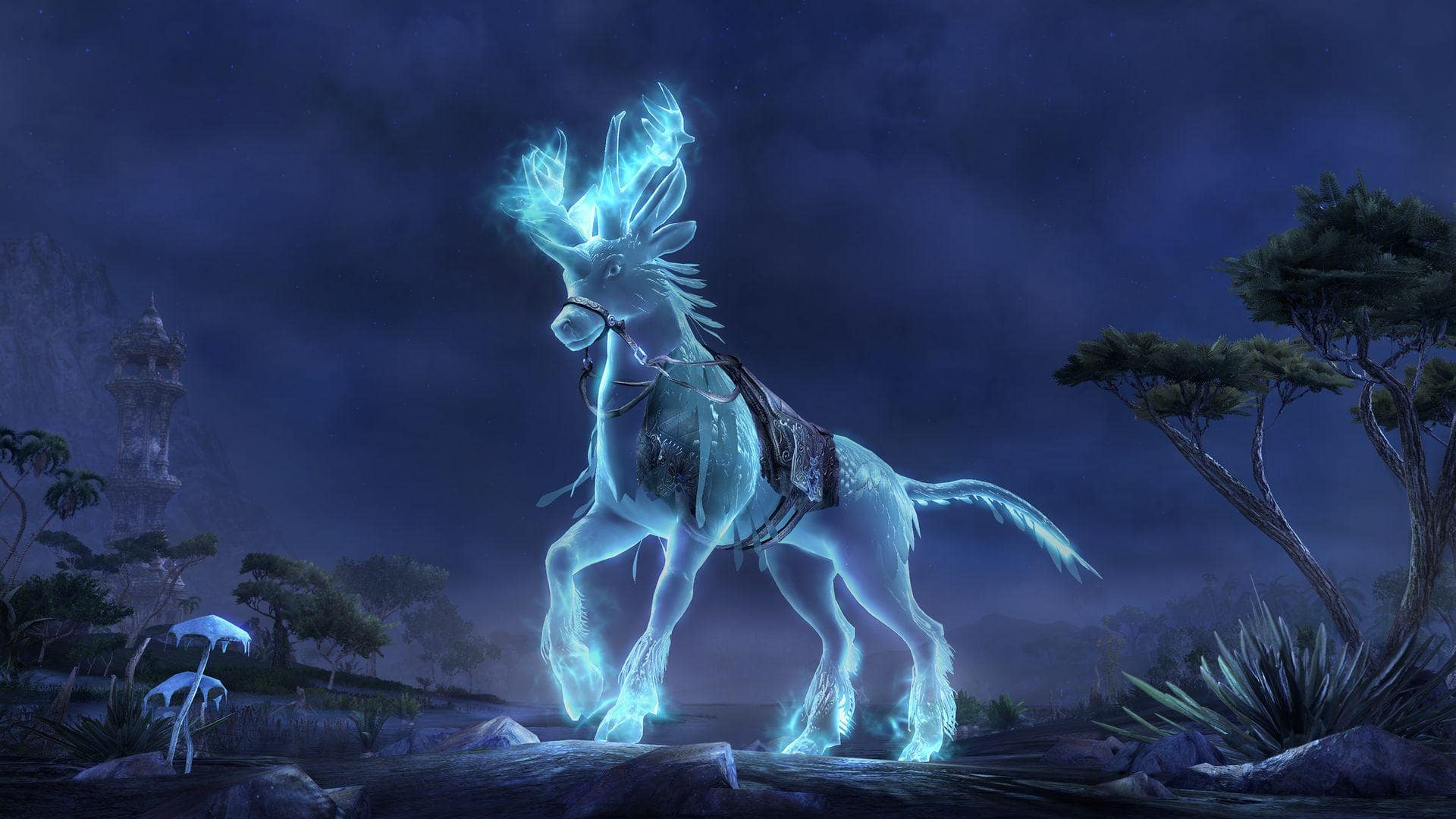 Collect berries for the Spectral Indrik!

You can acquire 39 Event Tickets during this event. Additionally, the Impresario continues to sell all Feathers throughout, allowing you to unlock a new Nascent Indrik, too.

Wage war against your fellow players in the Battlegrounds, Cyrodiil, and Imperial City, and you’ll be honored with bonus rewards and new collectibles. Whether you’re a seasoned campaign veteran or a recruit ready to test your mettle, the Midyear Mayhem event is the perfect opportunity to check out ESO ’s unique PvP action. Are you ready and willing to fight for glory? Let us know on Twitter @TESOnline, Instagram, and Facebook!

The Midyear Mayhem in-game event begins on Thursday, January 23 at 10:00AM EST, and runs until Tuesday, February 4 at 10:00AM EST.

Fight for Glory during the Midyear Mayhem PvP Event

Clash with your fellow players in Cyrodiil, the Battlegrounds, and Imperial City during the Midyear Mayhem event and you’ll earn bonus Alliance Points and exclusive new rewards!

It’s a shame none of you slackers are level 50, in AD and know your way around Cyrodiil. I’d love to run a small team sometime.

I am all of those things, and I would run small group. I hate the zerg.

I have every character you need at those levels but I am not up to speed with how to do it.