Next year sees the release of Project Scarlett, and the internet has been awash with rumour and speculation as to what Microsoft’s next-generation console might entail. To further add to the rumours, a couple of new patents have been discovered that point towards VR support.

Twitter user Walking Cat found two patents, one that details a VR boundary mat and another that shows a motion controller and a stylus. 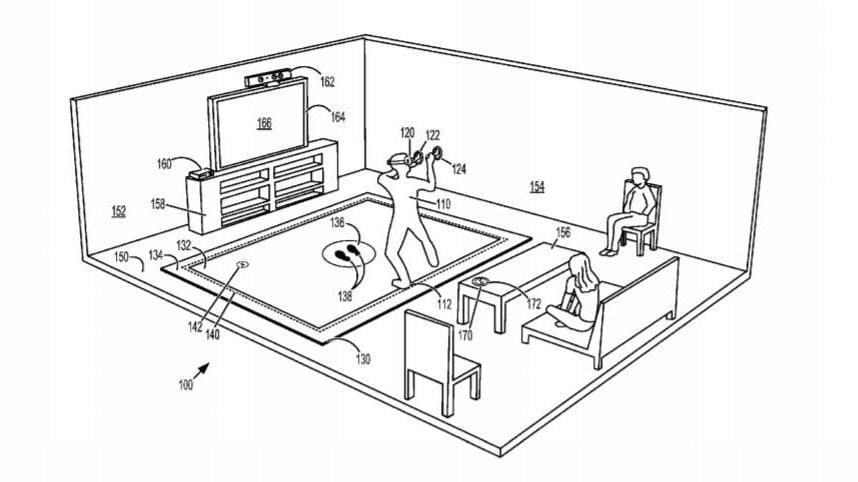 The first patent shows a VR boundary mat, or as Microsoft calls it, a “virtual reality floor mat activity region” that outlines the play area and defines the position of a user in-game — similar to how room-scale VR works with some PC VR headsets. Built into the mat are “spatially distributed pressure sensors” that could communicate with a console or device to help pinpoint a players location, and display your avatar in the game world.

In the images, you can also see a headset that is connected to a console and a camera that looks suspiciously like an Xbox Kinect camera. However, in a recent article by Gizmodo, a Microsoft spokesperson denied that any camera technology is in development.

The patent also does not mention that this could specifically be for an Xbox. It says that the mat could be used for a variety of different applications including PCs, server computers, tablet computers, home-entertainment computers and so on. 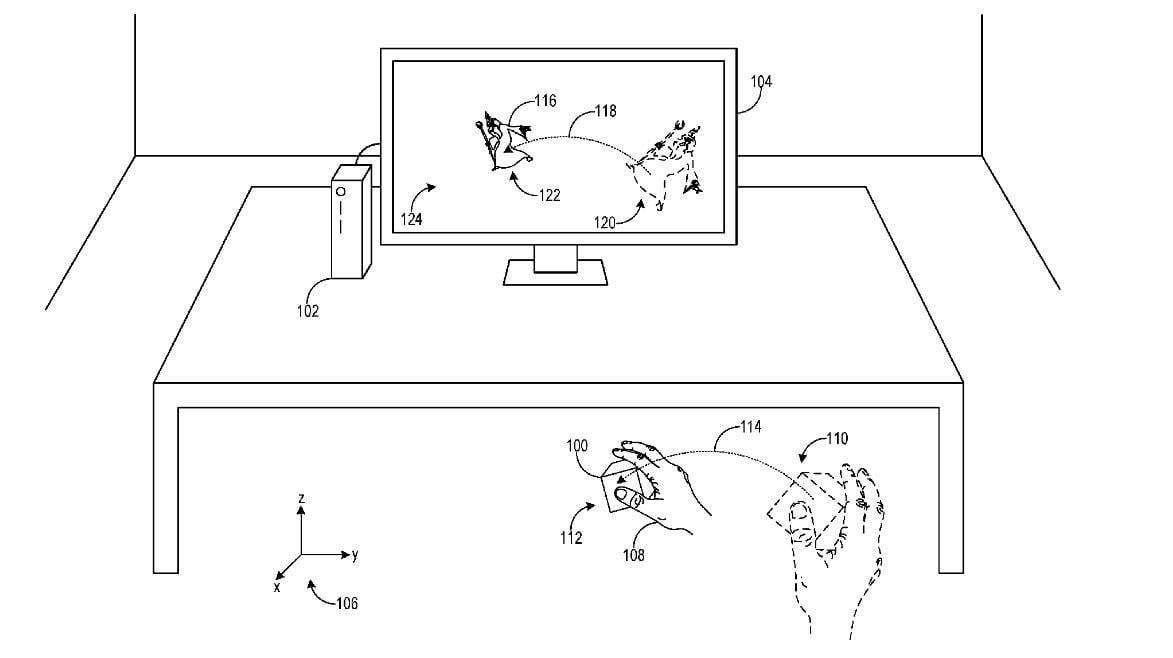 The second patent details some sort of motion controller that is described as a “six-degrees-of-freedom input device.” It shows a user moving an input device with a character responding on-screen to the action. The patent also indicates another input device that looks a stylus.

It’s important to note that these are just patent applications. Companies patent ideas like this all the time; it does not mean that these are in development, or if they will see the light of day at all. Nevertheless, it’s still interesting to see what ideas Microsoft is coming up with.