Codemasters and Koch Media have announced that one of the developers’ most fondly remembered franchises is returning, with Micro Machines World Series set to race onto the Xbox One this April. 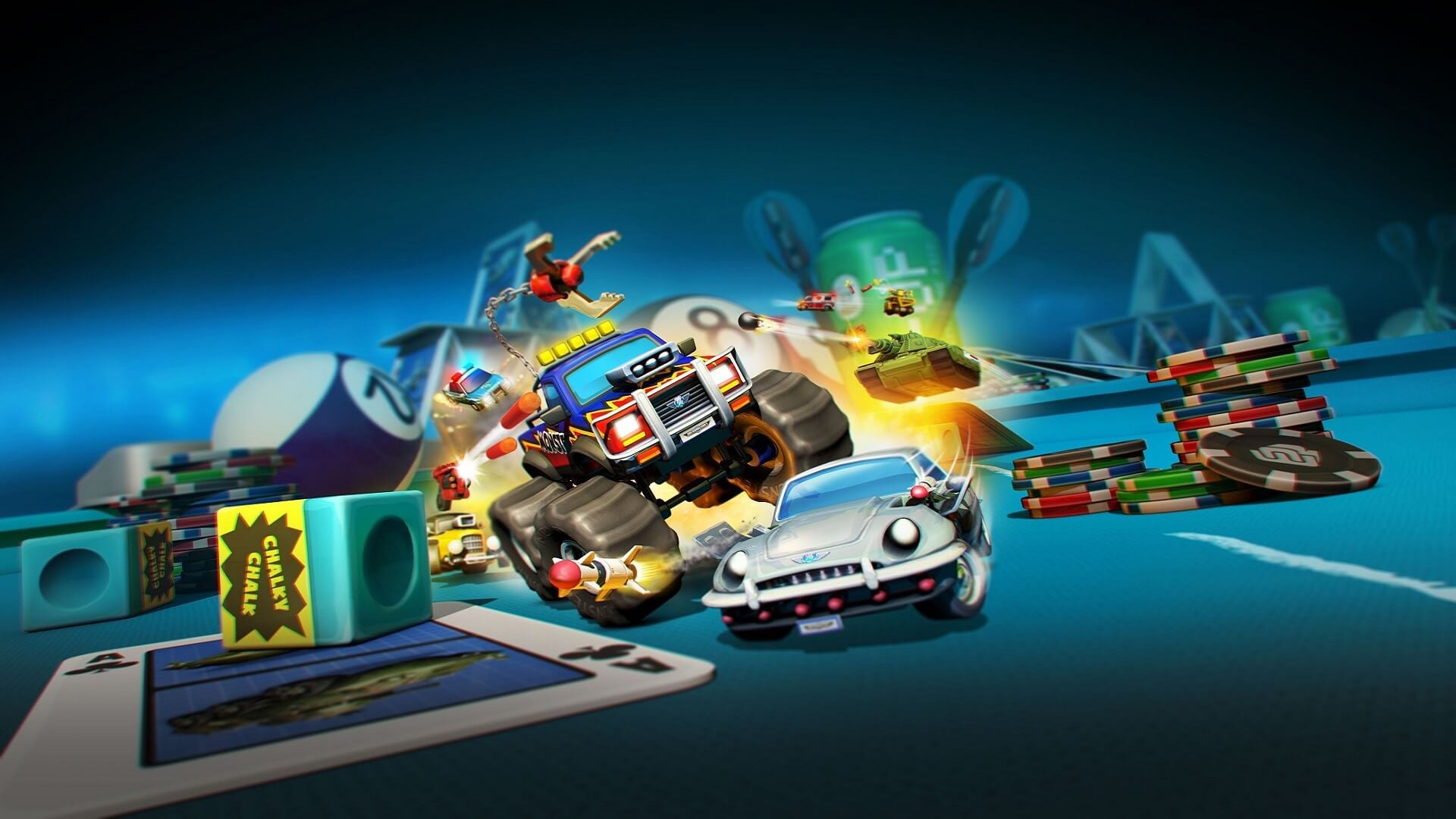 The new game promises to retain the “manic social gameplay of the classic series”, reimagined in full HD for modern consoles and complimented by new game modes such as Battle Arenas, Capture the Flag and King of the Hill as you return to the garden, kitchen, workshop and more locations.

The game will also feature four-player local co-op via split-screen and will support up to 12 players over Xbox LIVE, with each vehicle having its own unique load-out of weapons and abilities and a “massive range” of customisation options.

Micro Machines World Series will be available on April 21st.

I remember micro machines back on the sega…loved it

With the game’s release a couple of months away, developer Codemasters has released the first look at gameplay from their upcoming arcade racer Micro Machines World Series. Before that, however, they also released several new screenshots that you can take a look at below.

For those that were wondering, yes, those were indeed Hungry Hungry Hippos. Moving on to the trailer now and this video shows the game’s all-new Battle Mode in which 12 players can compete in a variety of ways, including the likes of gaming staples Capture The Flag and Team Deathmatch.

Micro Machines World Series is currently scheduled to launch on Xbox One on June 23rd.

I remember micro machines back on the sega…loved it

I remember micro machines covering my floor. Fuckers hurt to step on.