Throw all of your info for Mass Effect goodness here.

What system are you getting on? (keep in mind they will have pvp)

Plus some details of how the single player and multiplayer components will work together.

BioWare said in January that the multiplayer component of Mass Effect: Andromeda will be handled different than it was in Mass Effect 3. In ME3, single-player success was tied to multiplayer: In order to get the best possible outcome, you had to play online enough to maximize your War Assets, which some players, myself included, found objectionable as a matter of both practicality and principle. In Andromeda, however, the multiplayer mode will have no impact on the singleplayer campaign.

One thing will remain the same, however. Post-release multiplayer maps for Mass Effect 3 were all free, and BioWare general manager Aaryn Flynn said on Twitter that those for Andromeda will be as well.

5 Mar
Mass_Effect_Spectre @DJSrules
@N7Follower @AarynFlynn @DiscoBabaloo With MP do we possibly have to pay for MP maps like other EA games, or is it free like ME3, IF any??
Follow
Aaryn Flynn @AarynFlynn
@DJSrules @N7Follower @DiscoBabaloo It’s going to be just like ME3
4:52 PM - 5 Mar 2017
2 2 Retweets 26 26 likes
BioWare hasn’t said much else about how Andromeda’s multiplayer component will work, but producer Fernando Melo has been dropping some details in his own Twitter feed, including images of the character selection and customization screens, the new, Prestige-like multiplayer bonus stats, the Missions screen, and—this is the big one—information on multiplayer Strike Teams.

“Don’t want to play Missions in MP? Send STs out from either SP or MP,” he wrote. “You can recruit/upgrade NPC teams that you send on Apex missions in your stead. If successful, you’ll get the msn rewards.”

Missions, which Melo described as the link between single-player and multiplayer, can be taken on in multiplayer mode, or assigned to an NPC “Strike Team.” Mission-specific rewards are the same either way, but completing a mission yourself will earn multiplayer experience and loot, while assigning it to a Strike Team will grant your NPC team members experience. Strike team members will have their own unique traits, and while they won’t die as a result of failed missions, they might take on negative traits that can hinder their performance in the field. Details will be revealed in the relatively near future, but Melo said Strike Teams will open up Andromeda’s Mission system to everyone, even if they can’t, or just don’t want to, play the multiplayer—or it can be ignored completely with no negative effects.

Mass Effect: Andromeda comes out on March 21 in North America, and March 23 in Europe. Watch out for Quarians. 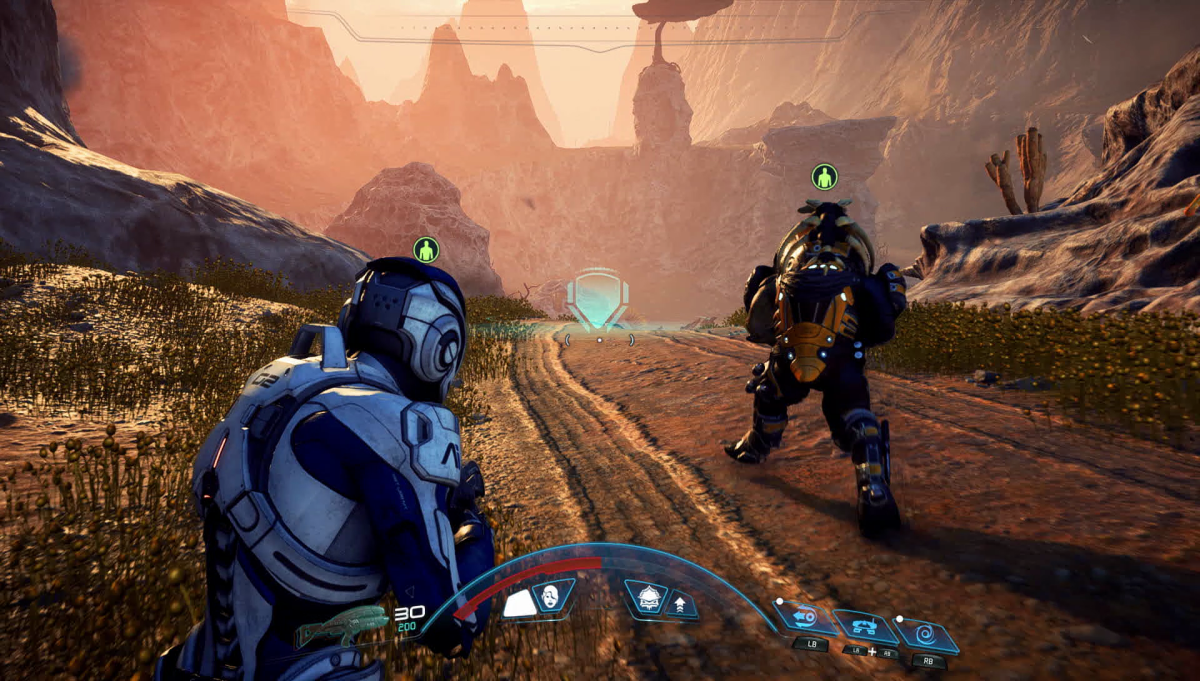 BioWare has also revealed more about how the single and multiplayer components will work together.

Not interested in ME MP. 100% can’t wait to play ME campaign but I will probably wait till it is on sale on Steam or Origin for PC.

I’ve never touched MP on ME. Never felt the need. There’s always too much to do in SP. I’m actually not even sure how it works in this game and I’ve played hundreds of hours in SP on the series.

Can not wait for ME:A. Never tried the MP in ME3 but heard it was surprisingly a lot of fun. I’ll have it on xbox and give it a try with anyone that’s down. After playing through the campaign that is. Man, I love me some Mass Effect! 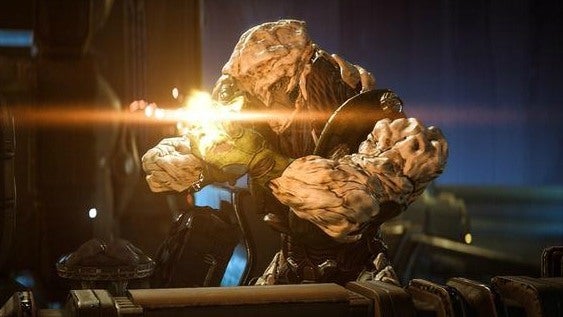 Playing Mass Effect: Andromeda's multiplayer, especially playing as a Krogan Vanguard, made me feel like one giant ball of intimidating badass, even as the wave-based difficulty escalated.

So MP sounds kinda cool. Horde mode kinda like GOW4 but with more verticality for jump pack usage. Also different objectives thoughout it, not just kill all the enemies.

I for one am stoked for this game next year. I played the original trilogy (femshep) multiple times and got the “perfect” ending. Can not wait to try this one out. Hopefully more multiplayer details emerge soon as well. One of my favorite series. Day 1 purchase for sure. Played male shep cause I continued my story all the way through and first one did not have the option for a female shep.

Hell yes. Can’t wait for this game. Definitely a day one buy for me as well. I’m tempted to fire up the ps3 and play through the series again.

Yeah I used the story + to bridge the gap between 1&2 for femshep purposes. I was kind of hoping to have species options in the new one. Asari or Turian would have been a tough call.

Don’t know if I could go through the elevator waiting again in the first one.

One of the highlights of The Game Awards that aired Thursday night from Los Angeles was our first substantial look at gameplay from the eagerly anticipated Mass Effect: Andromeda.

The five minute trailer features a little bit of everything, including fluid and expanded combat that should look familiar to any seasoned Mass Effect player, and dialogue featuring varied choices and dramatic interruptions. We also get our first look at the Nomad, an all terrain vehicle for exploring distant planets, a new scanning tool that is likely to add a new investigative spin to missions, and a quick look at collecting resources to enhance your equipment.

A new galaxy awaits your exploration when Mass Effect: Andromeda comes to Xbox One sometime in spring 2017.

I do like the scanning tool.
Fits in well and gives the opportunity for more depth - I always wanted to know more about what was going on.

Can’t freaking wait for this game to drop. I loved the original trilogy. I never tried the multiplayer in the 3rd game but i heard it was pretty fun. It will be interesting to see what MP will end up being in Andromeda.

Newest trailer is out.