Marvel's Avengers: Hawkeye will be the first post-launch hero

The second Marvel’s Avengers War Table stream has detailed the content you’ll get to try in next month’s beta, as well as some of the post-launch content we’ll be getting: starting with Hawkeye.

The beta will be big, including a mix of content, with more than 20 single-player and co-op missions, four heroes, a look at customisation and more. It’ll start with the Golden Bridge sequence, which itself offers about 25 minutes of gameplay. The Marvel’s Avengers team say this will be a good intro to the heroes, combat, and traversal of the game, as well as special combos and heroics. There will also be a Taskmaster boss battle, before the beta opens up into hero missions, including a Hulk hero mission. There’ll be a mix of open spaces and underground AIM facilities, as well as an Abomination boss battle. After the single-player story content, we’ll be able to choose from four heroes — Iron Man, Kamala, Black Widow and Hulk — for four-player co-op in War Zones and Drop Zones. The beta will also give us a look at HARM rooms: virtual training simulators where you’ll face off against waves of enemies.

The beta offers five War Zones, with human and robot enemies. Drop Zones were described as smaller, more focused missions, and usually with a single objective. During the beta, you’ll have access to one of three starting skill pages for each hero, with the others to be seen in the full game. The Marvel’s Avengers team said that if you’re playing solo and use the AI teammates, these AI companions will be the heroes you’ve unlocked, using the skills and gear you’ve earned so far. The beta will be big, but the War Table stream served to remind players how much bigger the main game will be, with more than 80 warzones, over 50 enemies, six heroes, and continually expanding content.

We also got a first look at post-launch content, and how the game will change: Hawkeye will be the first new hero to be added after launch, and his chain of story missions can be played either in co-op or solo. At launch, the game will be focused on Kamala’s mission of reassembling heroes, after which it’ll go into the full Avengers Initiative phase with new heroes, missions, and regions.

The Xbox and PC beta begins on August 14th, while the full Marvel’s Avengers game releases on September 4th. 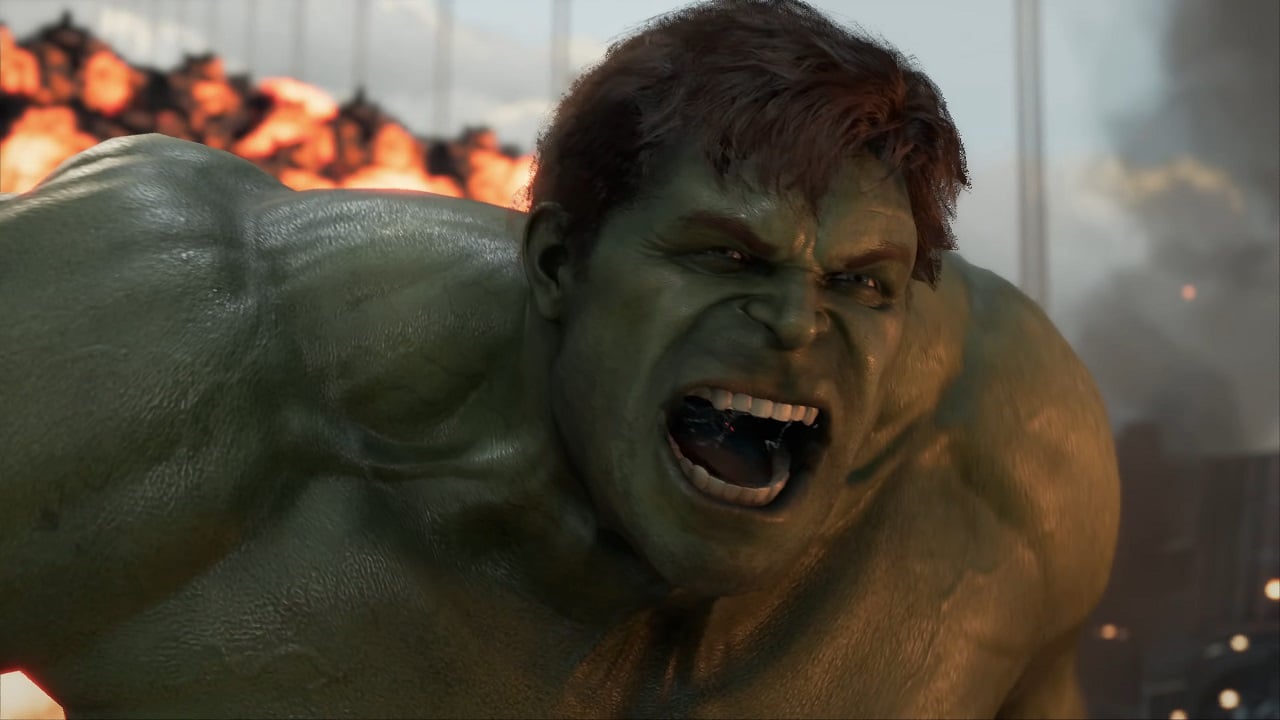 Pre-orders of the Standard Edition , at £59.99/$59.99 on the Microsoft Store, includes the base game, access to the beta, a Marvel Legacy nameplate, and the Marvel Legacy outfit pack. This pack, says Square Enix, celebrates the characters and their history and is “inspired by each hero’s earliest days”. It includes the Front Line soldier uniform from Captain America’s time spent in World War II, the Iron Will armour for, you guessed it, Iron Man, the Classic Stealth suit inspired by Black Widow’s first appearance in the comics, the Asgard’s Might outfit for Thor, complete with a winged helmet, red cape, and “chest installations”, the Greater Good homemade outfit for Ms. Marvel, and Hulk’s Breakthrough outfit, reminiscent of the time he first literally broke through Bruce Banner’s clothing. 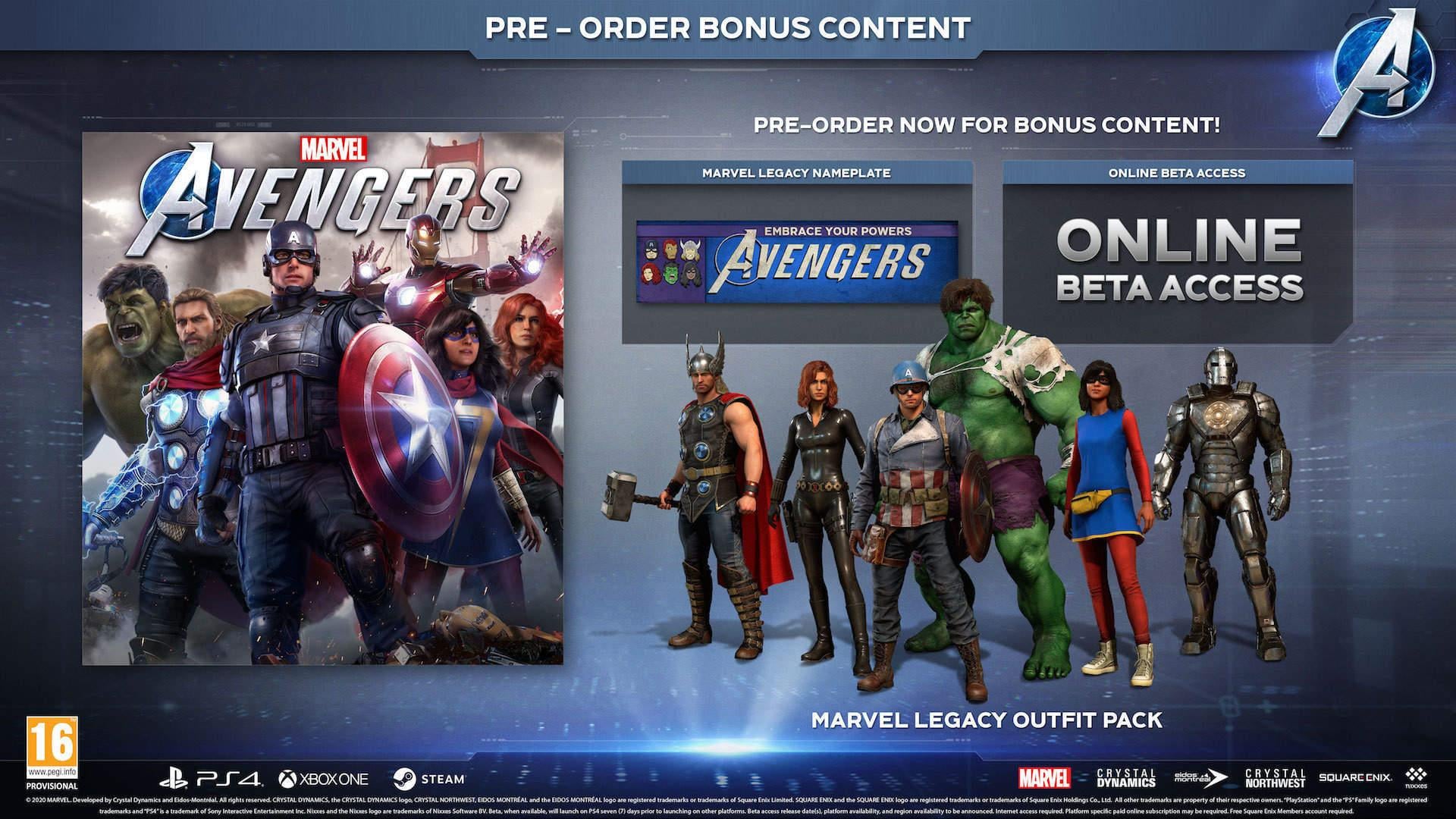 Pre-orders of the Deluxe Edition , at £74.99/$79.99 on the Microsoft store, include the beta access, Legacy Outfit Pack, and nameplate; as well as the metallic Exclusive Obsidian Outfit pack, six similarly themed nameplates, and a 72 hour window of early access to the game. The physical version of the Deluxe Edition also includes a one-month free subscription to Marvel Unlimited, as long as supplies last. 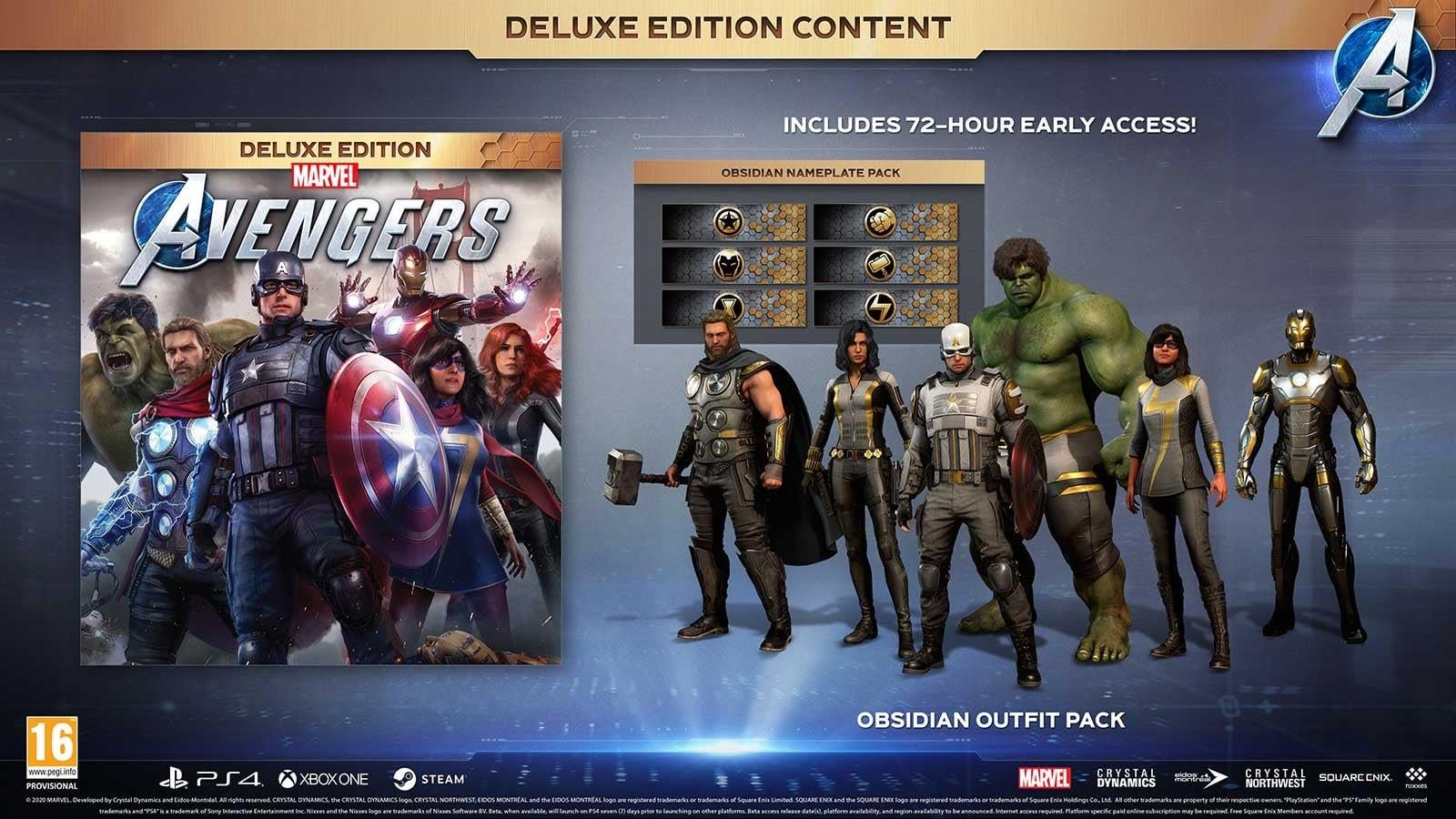 The physical Earth’s Mightiest Heroes edition is available only on the Square Enix store, for £209.99/$199.99. It includes everything from the other two versions; the Legacy Outfit and Obsidian Outfit packs, the beta access, nameplates, and 72 hour early access. It also includes a steelbook case, a 12" Captain America statue, a Hulk bobblehead, the Mjölnir Keychain, Black Widow’s belt buckle, the blueprint for Iron Man’s prototype armour, Kamala Khan’s honorary Avenger Pin and an Avengers group photo , showing the group at A-Day. 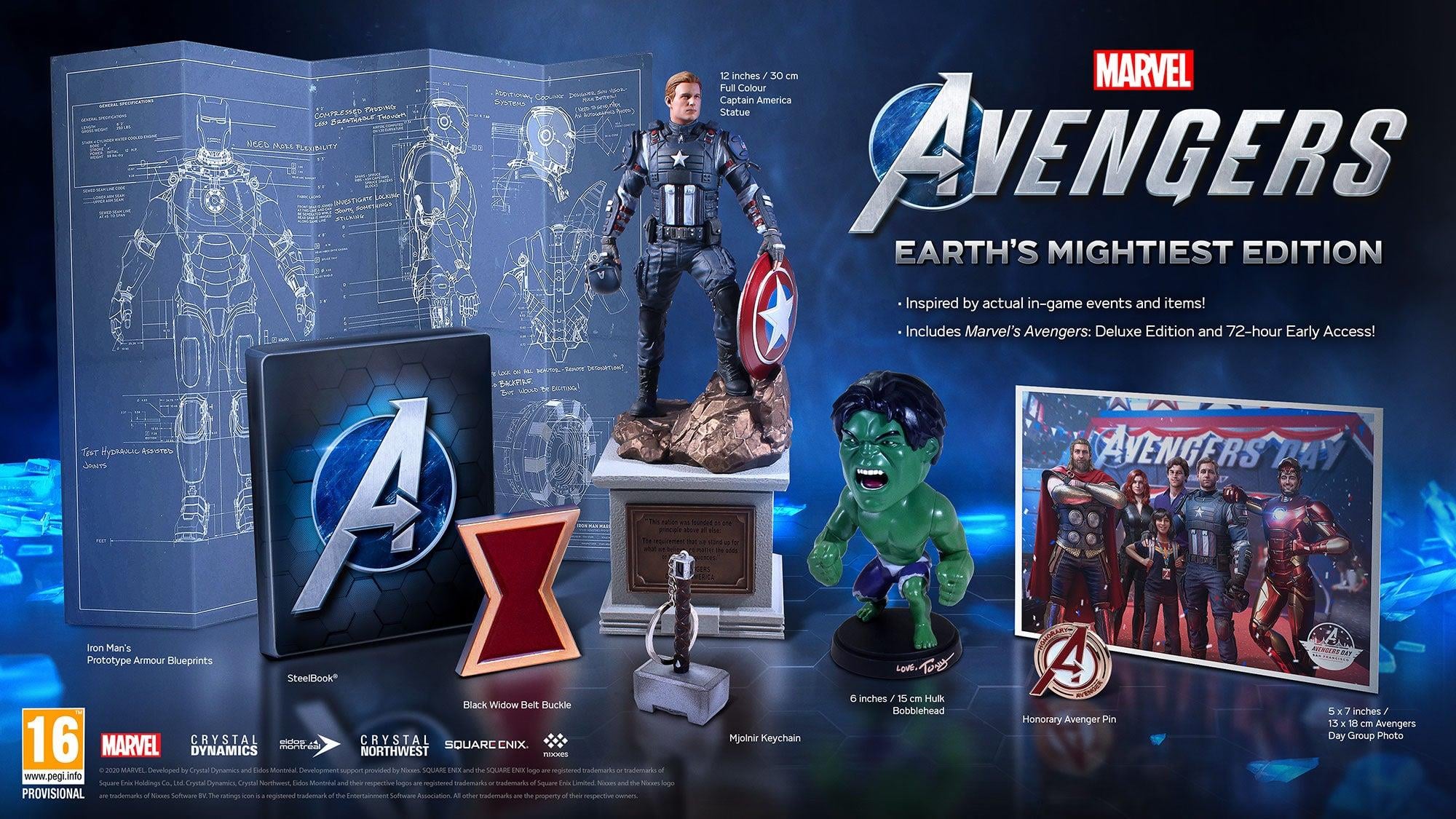 Marvel’s Avengers is out on September 4th

The dates for the Marvel’s Avengers Xbox beta have now been confirmed. If you pre-ordered the game on Xbox or PC, you’ll get access to the preorder beta on August 14th. A second War Table stream has also been confirmed to take place beforehand on July 29th, and will detail what to expect from the beta. 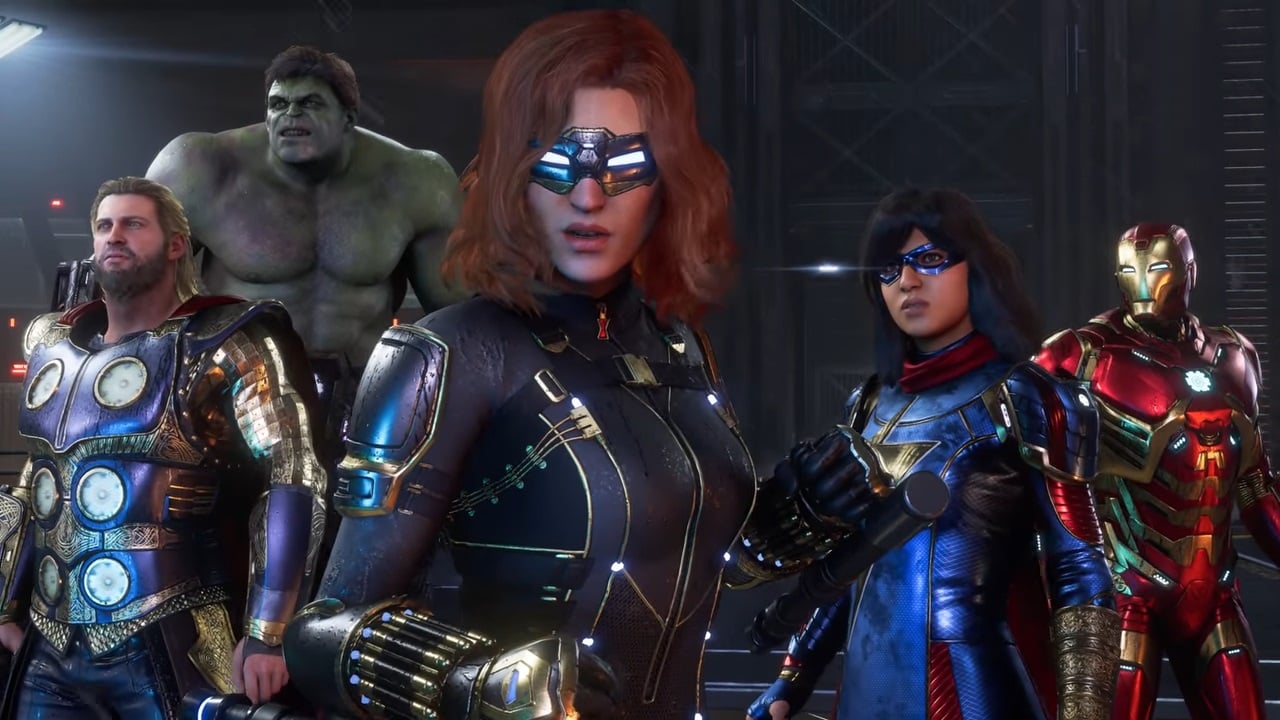 The second War Table stream will take place on July 29th at 10am PT / 6pm BST. Creative Director Shaun Escayg told IGN that the beta will involve a little of every aspect of the game, saying, “We built the beta in such a way that you can experience most of things that you’ll be doing in the full game.” Escayg added, “That means playing a piece of the original single-player Avengers story campaign, fighting through co-op missions, experiencing hero and world progression, and exploring War Zones and DROP ZONES, a new kind of mission we’ll talk about in the upcoming War Table on July 29. This beta is meaty, but it’s only a small part of the finished game.”

Xbox players can access the preorder beta on August 14th. If you pre-ordered the Deluxe Edition of the game, you’ll also be able to play it three days earlier than its launch date. While we wait for the War Table stream, why not check out everything we know in our Marvel’s Avengers roundup, as well as the latest details on Thor gameplay, co-op, and M.O.D.O.K villain details, and how the game will differ from the movies. Marvel’s Avengers launches on September 4th for Xbox One, and will be available as a launch title for Xbox Series X when the next-gen console releases during the holiday period. Square Enix has also confirmed a free next-gen upgrade, meaning Xbox One players will be able to upgrade to the Xbox Series X version for free, and can carry over all progress with them.