Set in the unforgiving waters of the Gulf Coast, Maneater is a single-player action RPG where you play a giant Bull Shark and terrorize the coastal waterways! Fight to survive in the open ocean, with danger lurking at every depth. Your only tools are your wits, your jaws, and an uncanny ability to evolve as you feed. Anything and everything is on the menu… kill or be killed. Experience a compelling tale of revenge centered around a human who slaughtered your mother and left you for dead. The ocean isn’t big enough for both of you … Tear swimmers and divers limb from limb, give the humans a reason to fear you. Immerse yourself in a a living, breathing world full of threats, and rewards. Explore sunken wrecks, lurk in swamps, or just cruise the open ocean looking for whales to feed on. Role-play and customize your shark with a variety of stat driven systems. Evolve different parts of your body to improve how they function, or pump up your ferocity to enter brief feeding frenzies.

Maneater is an action title with a release date of Friday, May 22nd and will be available on PC, Xbox One, PlayStation 4, and Nintendo Switch. 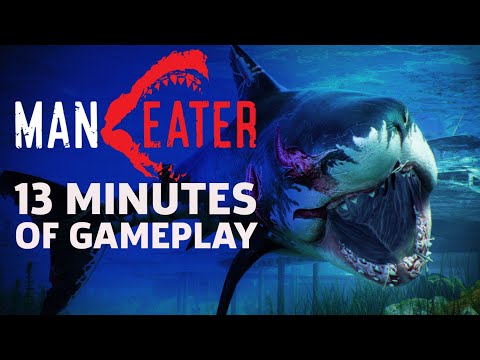 I’m waffling back and forth on this one. While I really do want something new to play, I’m not sure this wouldn’t get stale pretty fast. I’ll likely wait until I see it go on sale and then pick it up, but who knows. Still a month off from Last of Us 2, so it wouldn’t need to make it all that long…

Fuck…I caved in and picked it up. Anyone else getting it…maybe party up and shoot the shit while we munch down on the poor souls of the Gulf Coast. LOL

Replay value is a concern to me, Price of the game seems fair though, I think.

I did read that there isn’t much replayability and no New Game+ or the like. But if I can get 30 or so hours total out of it, I’ll be happy.

If the replay value is that low the price ought to be $30. I’ll check out critic and user reviews then make a decision from there.

Will this come to GamePass?

That would be awesome but nothing has been announced. If it were a Microsoft published game it would’ve been added today.

Maneater for Xbox One game reviews & Metacritic score: Maneater breaks new ground in the popular action RPG genre and finds players taking on the role of a deadly shark with the uncanny ability to evolve as it feeds...

Reviews are not too bad for the game.

I just cant justify 40 bucks for something like this, maybe if it had multiplayer

It’s a stretch at $40, but once it hits a sale in the near future, I’d recommend it. It’s a lot of fun, especially with the mock-u-mentary voice over that plays throughout the game. Some of it is LOL funny.

Will definitely buy this when it goes on sale. Would be mega if it were to show up on GamePass before that. Very doubtful though.

Word to the wise: evade. It’s your friend early on.

Also eat anything you see even if it’s just a small level 1 turtle. The mods for the shark get expensive and there are multiples, so building a bank of ‘points’ is a good idea from the start.

Ya I’ve noticed and it’s been a lot more fun then I expected. I’ve been evading a lot but still lost a couple times. So much stuff needed for upgrading lol

PSA: don’t fuck with a pod of Orcas.

Beat it in 13hrs with 100 percent completion

I’m closing in it as well. Final boss in Gulf region then last area and push to max infamy.

Ya I maxed my infamy first just so I had all the pieces in case I needed to switch up builds. But everything is maxed as well